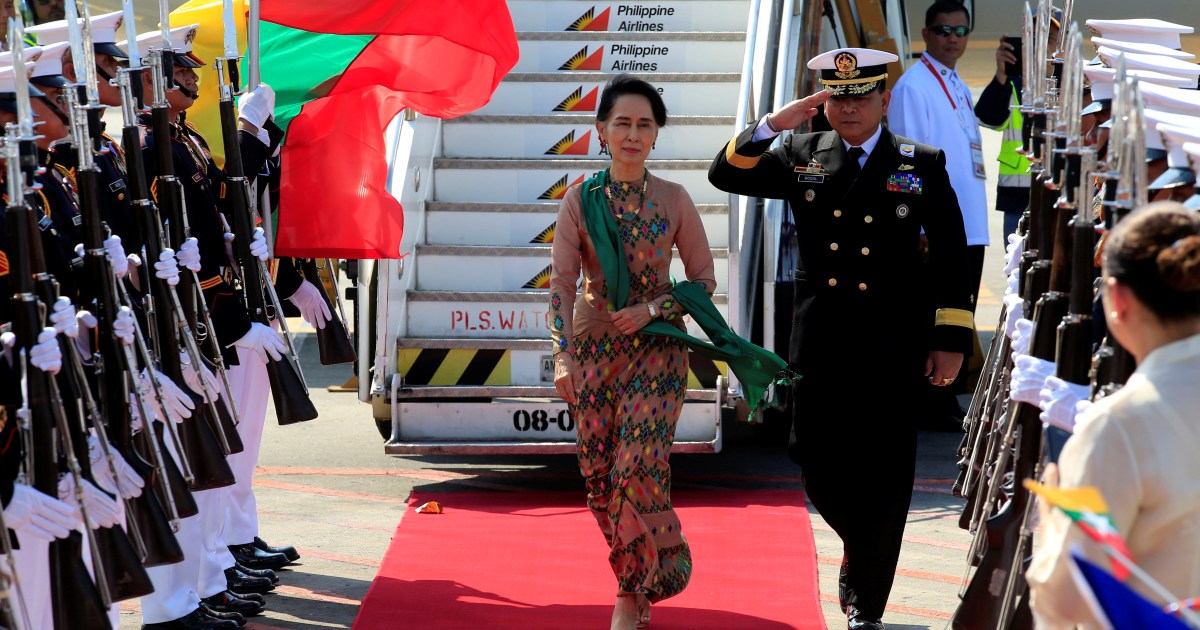 Five new charges against country’s ousted leader involve the hire, purchase and maintenance of a helicopter used by her government.

Aung San Suu Kyi, detained since last February’s military coup, is already being tried on five other corruption charges. Each is punishable by up to 15 years in prison and a fine.

Suu Kyi has previously faced other charges and has been sentenced to six years of imprisonment after being convicted of illegally importing and possessing walkie-talkies and violating coronavirus restrictions.

Her supporters and rights groups say the cases against her were contrived by the military to justify its takeover and prevent her from returning to politics.

The military government has rejected the criticism.

“No one is above the law. I just want to say that she would be judged according to the law,” government spokesperson Major General Zaw Min Tun said when asked about the matter at a news conference on Friday.

The military’s seizure of power prevented Aung San Suu Kyi and her National League for Democracy party from beginning a second five-year term in power.

The army said it acted because of widespread fraud in the November 2020 general election, but independent poll-watching groups have maintained there is little proof of that.

The takeover was met with widespread popular protests, and Myanmar is now roiled by deadly armed resistance to army rule.

According to the Myanmar rights watchdog Assistance Association for Political Prisoners, there have been at least 1,469 people killed and more than 11,500 detained since the February 1 coup last year.

The five new charges involve the hire, purchase and maintenance of a helicopter, said a legal official familiar with the case who spoke on condition of anonymity because he is not authorised to release information.

State media had announced in December that Suu Kyi and Win Myint, who was president in her government, would be prosecuted under the Anti-Corruption Law in connection with hiring a helicopter.

The state-run Global New Light of Myanmar newspaper said the Anti-Corruption Commission found that they abused their power and caused a loss of state funds by neglecting to follow financial regulations in granting permission to then-Social Welfare, Relief and Resettlement Minister Win Myat Aye to rent and buy a helicopter.

Win Myat Aye is now minister of Humanitarian Affairs and Disaster Management in the National Unity Government established as a parallel administration by opponents of army rule. The underground organisation is considered to be illegal by the military.

The other corruption charges for which Suu Kyi is being prosecuted involve alleged bribery and abuse of authority connected to real estate deals.

She is also being tried on the charge of violating the Official Secrets Act, which carries a maximum sentence of 14 years.

The military government has said she and colleagues will also be tried for alleged electoral fraud.