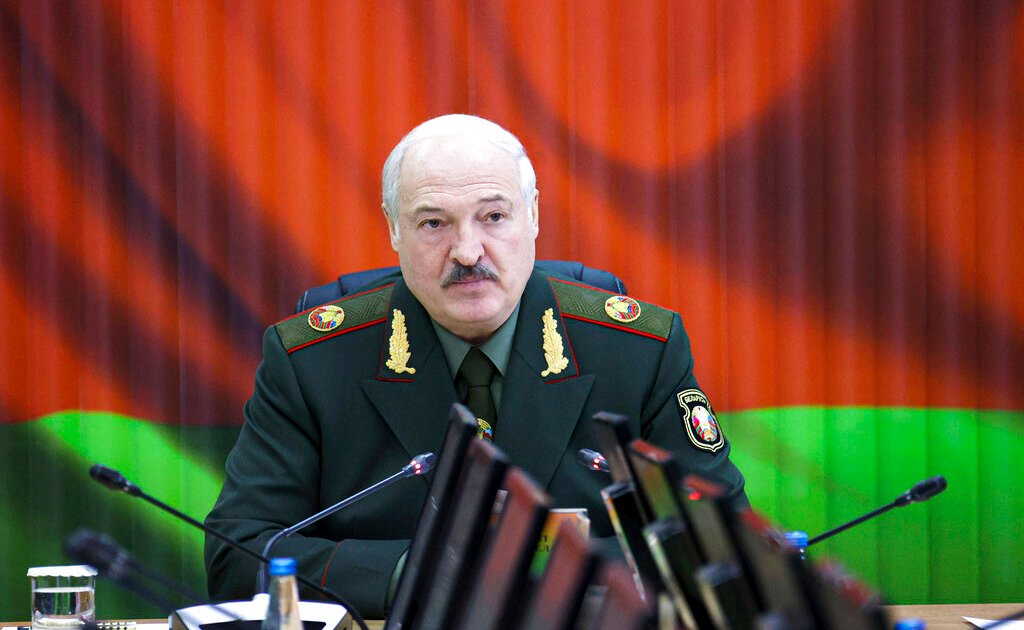 The United States, United Kingdom, European Union and Canada have imposed sanctions on Belarus, accusing the government of President Alexander Lukashenko of human rights violations and “orchestrating” irregular migration at the EU’s border.

The two North American countries, Britain and the European bloc announced the sanctions in a joint statement on Thursday, saying they were targeting “certain individuals and entities”.

The move is part of an ongoing pressure campaign by Western countries against Lukashenko, whom they accuse of rights abuses and creating a migration crisis.

“We remain committed to supporting the democratic aspirations of the people of Belarus and stand together to impose costs on the regime – and those who support it – for its efforts to silence the voices of independent civil society, media and all Belarusians seeking to speak the truth about what is happening in their country,” the statement said.

The UK froze the assets of OJSC Belaruskali, a state-owned Belarusian potash fertiliser producer, and the US tightened sanctions against the company, which it had already blacklisted in August. Washington also restricted financial dealings with Belarusian sovereign debt.

US Secretary of State Antony Blinken said the sanctions are meant to “raise the cost” on Lukashenko’s government for its crackdown on dissent and attacks on “international norms”.

“These sanctions are also in response to the [Lukashenko] regime’s callous exploitation of vulnerable migrants from other countries in order to orchestrate migrant smuggling along its border with EU states,” Blinken said in a statement.

The West has blamed Belarus for a migration crisis along the Eastern European country’s border with Poland, Lithuania and Latvia.

The EU accused Minsk of facilitating the arrival of thousands of people, mostly from the Middle East, at the bloc’s border in response to European sanctions against Lukashenko’s government. Belarus has dismissed the accusations as “absurd“.

The impasse left thousands of people stranded in the freezing cold along the EU’s border. On Thursday, the European Commission proposed measures that would make it more difficult to seek asylum in Poland, Lithuania and Latvia.

Tensions between the Belarusian government, which is allied with Russia, and the West intensified in August 2020 after a presidential election that the US describes as “fraudulent” gave Lukashenko a sixth term in office.

The election spurred mass anti-government protests in Belarus that were met with a crackdown on dissent.

The US and European countries have imposed several rounds of sanctions against Lukashenko and his government over the past year.

“These sanctions continue to target important sources of revenue to the Lukashenko regime and place severe restrictions on those responsible for some of the worst anti-democratic acts in Belarus,” UK foreign secretary Liz Truss said in a statement on Thursday.

The measures also come amid escalating tensions between the US and Russia, with Washington warning that Moscow is planning “significant aggressive moves” against Ukraine.

On Wednesday, Russia ordered the departure of American embassy staff in Moscow by the end of the month, an apparently retaliatory move in response to the expulsion of dozens of Russian diplomats from Washington.

After a meeting with his Russian counterpart Sergey Lavrov on Thursday, Blinken called on Russia to de-escalate the standoff with Ukraine. “The only threat is that of renewed Russian aggression towards Ukraine,” he told reporters.