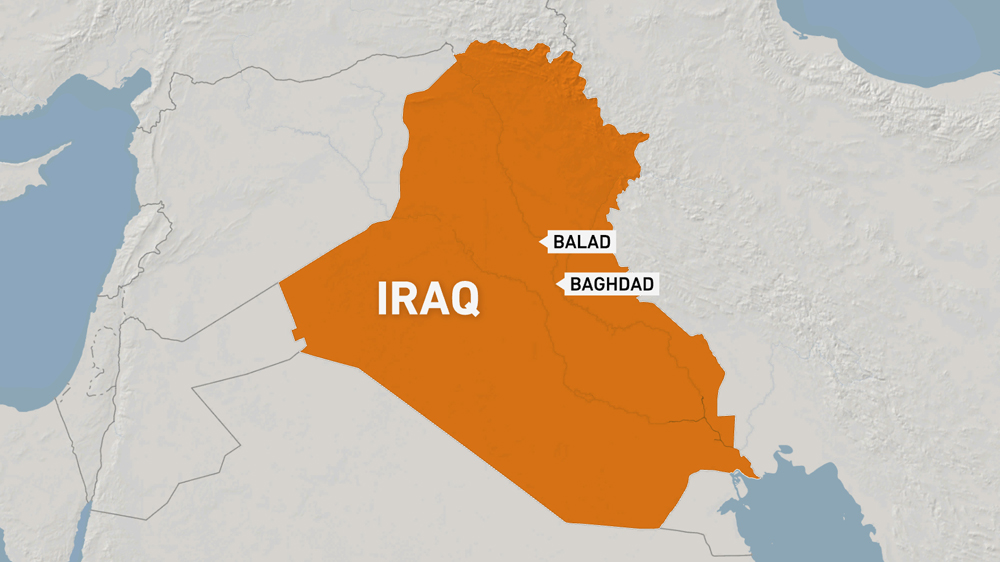 There were no casualties or a claim of responsibility for the attacks near Baghdad airport and Balad airbase.

Multiple rockets have targeted two Iraqi military bases hosting US-led coalition troops and foreign contractors but nobody was hurt in the attacks.

Iraq’s joint operations command said in a statement on Thursday one attack near a military base next to Baghdad’s airport was spearheaded by three explosives-laden drones, and one of the UAVs was intercepted and destroyed.

Three rockets also hit Balad airbase, north of the capital, on Wednesday without causing any casualties or damage, a military statement said. The base houses foreign military contractors.

Attacks on Iraqi bases, especially those hosting US troops and contractors, have increased since the US assassination of Iranian General Qassem Soleimani in Baghdad in January 2020. The Americans usually blame Iran-backed armed groups for targeting US forces and interests in Iraq.

More than a dozen rocket strikes have targeted bases and Baghdad’s highly fortified Green Zone since US President Joe Biden assumed office this year. At least 10 people have been killed, including two foreign contractors.

Balad airbase is used by US company Sallyport to service F-16 fighter jets flown by Iraq’s air force and has repeatedly been hit by rocket fire.

Another US company, Lockheed Martin, withdrew its staff from the base last month amid concerns about the safety of its personnel.

American forces have operated in Iraq since the 2003 US-led invasion to remove dictator Saddam Hussein. US troops remained there as part of a military coalition established to fight the ISIL (ISIS) armed group – a campaign that Iraq’s government declared won in late 2017.

Rocket attacks are seen as a means to pressure Washington into removing all its remaining personnel, whom Iran-aligned factions view as an occupying force.

In mid-April, pro-Iran fighters sent an explosives-packed drone crashing into Erbil airport in the first reported use of such a weapon against a base housing US troops in Iraq.