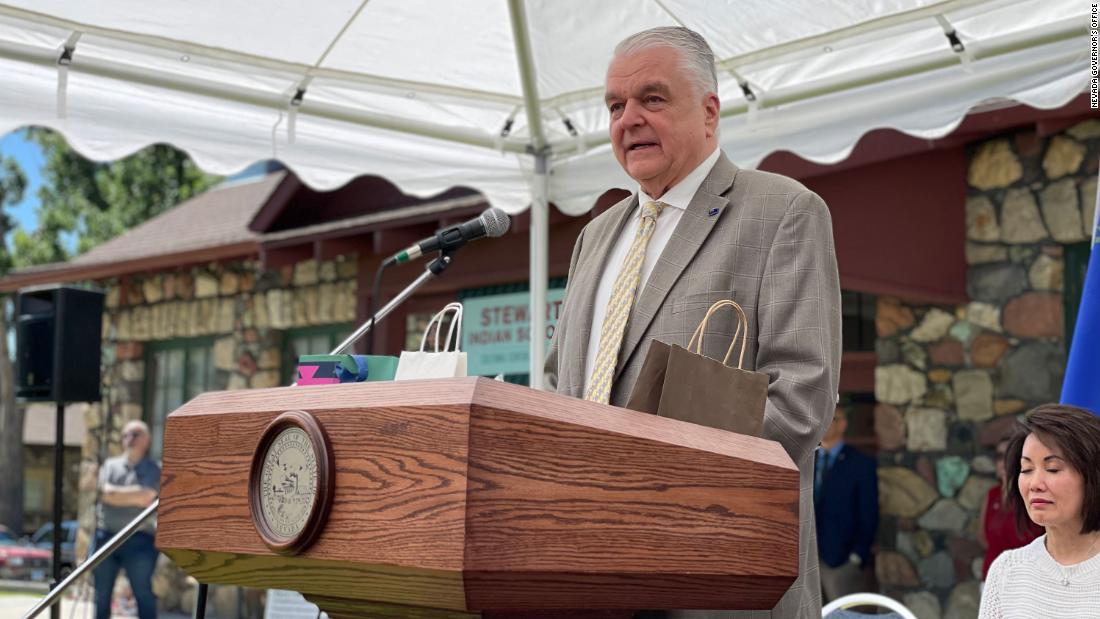 The state of Nevada is banning “racially discriminatory” school mascots after legislation was signed into law on Friday, as well as banning town sirens historically used to discriminate.

Gov. Steve Sisolak was joined by members of the Nevada Indian Commission and tribal elders during the signing.

Assembly Bill 88 specifically prohibits using “a name, logo, mascot, song or other identifier associated with the Confederate States of America or a federally recognized Indian tribe,” except when a tribe has specifically given a school permission to do so.

The law also orders the State Board on Geographic Names to recommend changes for “any geographic feature” that has a name which is considered racially discriminatory.

Additionally, the new law prohibits communities from sounding signals associated with a past law “which required persons of a particular race, ethnicity, ancestry, national origin or color to leave the town by a certain time.”

This measure is directed at the town of Minden, where a fire siren blast at 6:00 p.m. every night has been associated with a racist law dating to 1917 that ordered members of the Washoe tribe out of town by 6:30, according to the Record-Courier newspaper.

“It’s something that is still deeply hurtful,” the bill’s sponsor, Democratic state assemblyman Howard Watts, told CNN affiliate KRNV. “There are still members of the Washoe Tribe and others who know exactly what it means when that goes off.”

The ordinance was eliminated in 1974, but the siren continues to sound every night. Minden town manager J.D. Frisby told the Reno Gazette Journal that they don’t consider the language in the bill to apply to them since they have stated that the nightly siren is not related to the sundown ordinance, but is rather intended to honor volunteer firefighters.