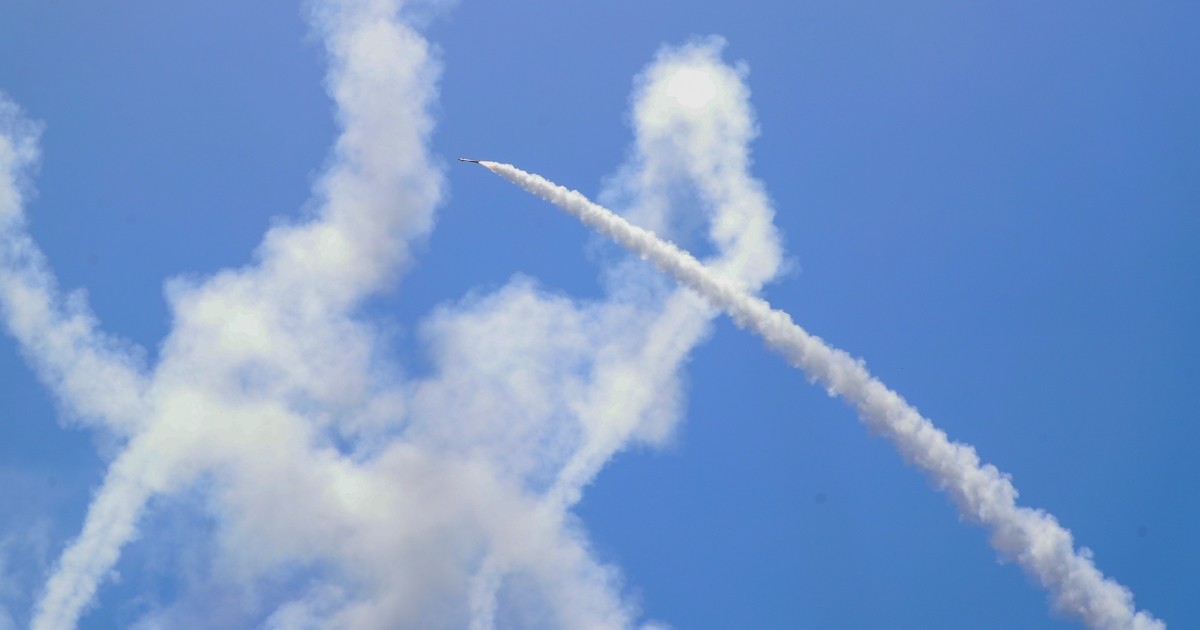 Benny Gantz will meet US officials in Washington on Thursday, weeks after the 11-day escalation with Gaza.

Graham said he expects the US will quickly authorise the request in the wake of an 11-day escalation between Israel and Hamas, in which Israeli officials said the Iron Dome intercepted hundreds of rockets fired from the Gaza Strip.

“There will be a $1bn request coming to the Pentagon this week from the [Israeli] defence minister to replenish the Iron Dome and a few other things, to upgrade the system,” Graham told reporters during a visit to Jerusalem on Tuesday.

Israeli air strikes killed 253 Palestinians during the 11 days of fighting, including 66 children.

Two children were among 12 people killed in Israel by rockets fired by Hamas and other armed groups from Gaza during the same period.

The request comes amid growing criticism of American arms sales to Israel, as well as the $3.8bn in mostly unconditioned aid the US gives to Israel every year.

Progressive legislators in both the US House of Representatives and the Senate are currently attempting to block a $735m arms deal with Israel, which the White House approved shortly before the fighting began on May 10.

Nevertheless, support for Israel remains strong among the majority of US legislators, and efforts to curtail it are all but assured to fail.

“There’s been a big dustup over the last engagement between Hamas and the State of Israel in the United States, but I’m here to tell you that there’s a wide and deep support for Israel among the Democratic Party,” Graham, a Republican, said.

A senior Republican on the Senate Appropriations Committee, Graham met with both Israeli Prime Minister Benjamin Netanyahu and Defence Minister Benny Gantz during his trip to Israel. The committee oversees spending including foreign military aid.

Israel’s defence ministry, for its part, said Gantz would meet US defence secretary Lloyd Austin and White House national security adviser Jake Sullivan on Thursday for a discussion on issues including Iran and military aid.

Biden previously said he would replenish the Iron Dome, which helped Israel fend off most of the more than 4,300 rockets Israel said were fired from Gaza during the conflict.

Antony Blinken, the US secretary of state, also reiterated American support for Israel during a trip to the region last week, meant to bolster an Israel-Hamas ceasefire reached on May 21.