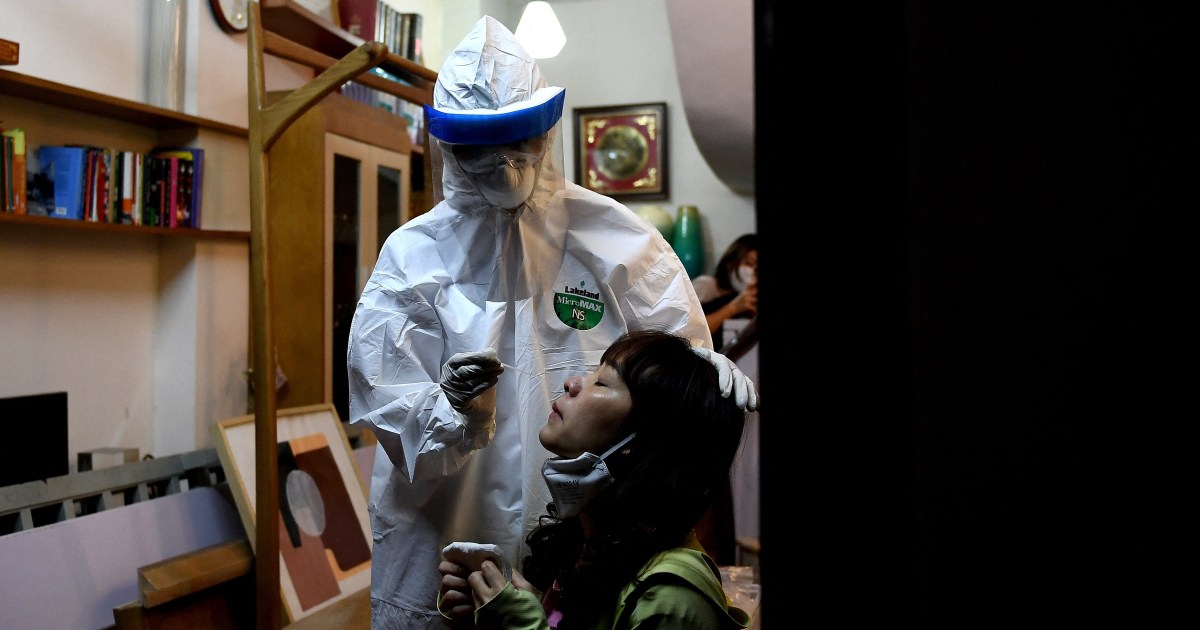 Authorities in Vietnam have detected a new coronavirus variant that is a combination of the variants found in India and the United Kingdom and spreads quickly by air, the health minister has said.

After successfully containing the virus for most of last year, Vietnam is grappling with a rise in infections since late April that accounts for more than half of the total 6,856 registered cases. So far, there have been 47 deaths.

“Vietnam has uncovered a new COVID-19 variant combining characteristics of the two existing variants first found in India and the UK,” Health Minister Nguyen Thanh Long said on Saturday, describing it as a hybrid of the two known variants.

“That the new one is an Indian variant with mutations that originally belong to the UK variant is very dangerous,” he told a government meeting, a recording of which was obtained by Reuters news agency.

There were seven known coronavirus variants in Vietnam before Long’s announcement, according to the Ministry of Health.

Long said Vietnam would soon publish genome data of the newly identified variant, which he said was more transmissible than the previously known types.

The World Health Organization (WHO) has identified four variants of SARS-CoV-2 of global concern. These include variants that were identified first in India, the UK, South Africa, and Brazil.

Officials at the WHO did not immediately respond to a request for comment regarding the variant identified in Vietnam.

Long said laboratory cultures of the new variant showed the virus replicated itself very quickly, possibly explaining why so many new cases had appeared in different parts of the country in a short period of time.

The health ministry told the meeting the government was working to secure 10 million vaccine doses under the COVAX cost-sharing scheme, as well as a further 20 million doses of Pfizer’s vaccine and 40 million of Russia’s Sputnik V.

The country of about 98 million people has so far received 2.9 million doses and aims to secure 150 million this year.

Vietnam hopes to achieve herd immunity by the end of the year, according to the health minister.