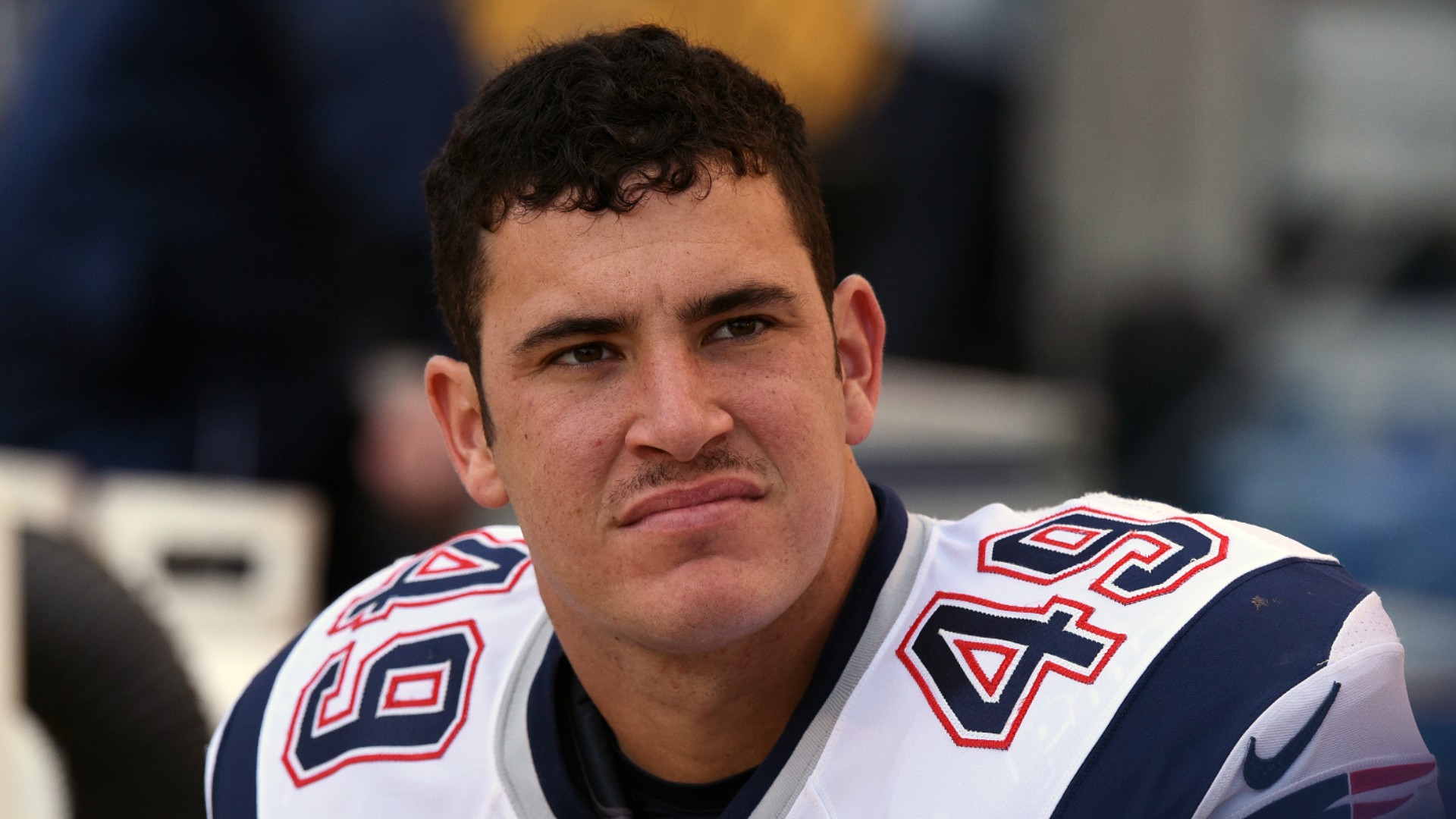 Cardona is a two-time Super Bowl champion with the New England Patriots as a long snapper. He’s also a lieutenant in the U.S. Naval Reserve. He is part of a select group of Academy football players in the NFL. During Memorial Day weekend, Cardona will partner with USAA to make sure those veterans who lost their lives get the attention they deserve. USAA is leading an effort to offer digital tributes to fallen military members at PoppyInMemory.com.

Cardona was a fifth-round pick by New England in 2015, and participated in OTAs ahead of his seventh season this week. He was also promoted to lieutenant in the U.S. Naval Reserve in 2019, and he has maintained that double duty with full support from the Patriots.

Cardona said Patriots coach Bill Belichick, whose father Steve was an assistant coach at Navy from 1956 to 1989, is a Midshipmen football fan. They have conversations about Navy football, and Cardona’s duel career throughout the season.

“The balancing act as a reservist and a NFL player — on the reserve side it’s just like any of my fellow reserve soldiers, shipmates or airmen who have that role,” he said. “I’ve taken a lot of pride in my role as a reservist and ultimately I take a lot of experiences gained in the NFL into the other side with me.

“It’s been a tremendous resource in making me a better officer,” he said. “As a NFL player, there aren’t many other guys with day jobs outside the league.”

Cardona is one of 13 players from the service academies in the NFL, and Baltimore’s Alejandro Villanueva, whose first season was in 2014, is the only one who has played longer. Military players can get waivers to delay service in the NFL now, and there were five players signed from those academies this season.

“The hope is that we do things the right way, to represent the Department of Defense, the Navy, our respective branches, and those of us who are still playing so other guys can get the same opportunity,” Cardona said.

Cardona, who played against former Navy quarterback Malcolm Perry, now with the Dolphins, in 2020, said that the fraternity should continue to grow in future seasons.

Visit USAA for more information on the tribute to fallen military members at PoppyInMemory.com. “It’s an honor to be involved with USAA in any capacity, but especially to honor those who have fallen and made the ultimate sacrifice. It does mean a lot more, and any moment to reflect upon that is always a good opportunity,” Cardona said.