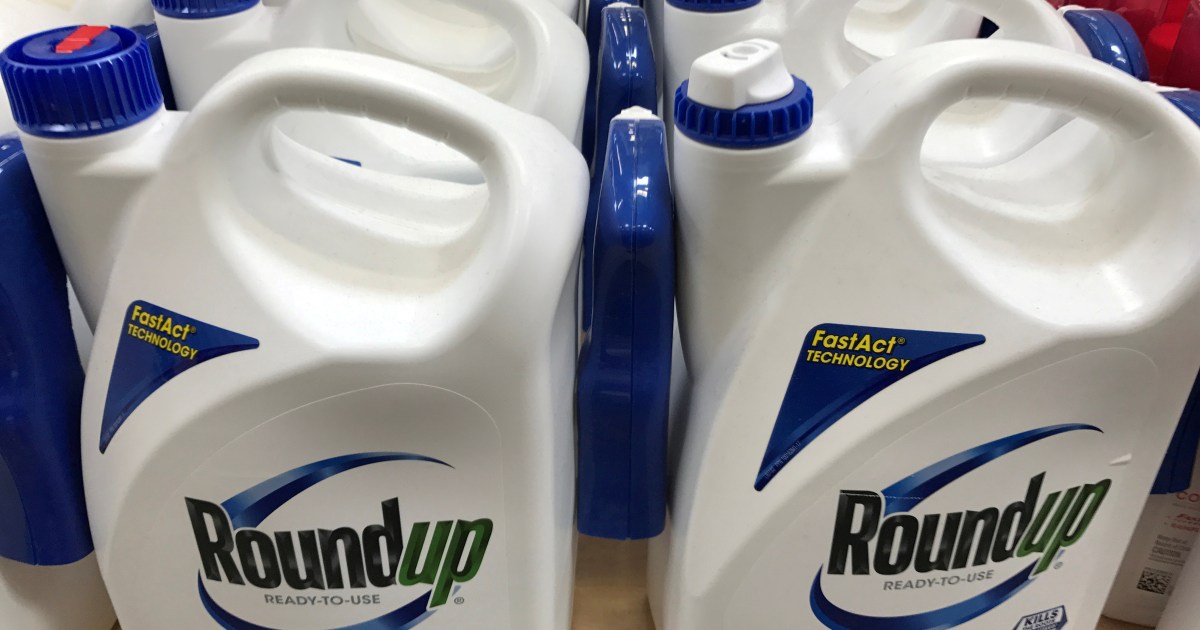 The judge called the proposal ‘unreasonable’ and said it serves Monsanto, which Bayer acquired in 2018, while shortchanging Roundup users.

US District Court Judge Vince Chhabria in San Francisco said the proposal “would accomplish a lot for Monsanto”, which Bayer acquired for $63bn in 2018, and “would accomplish far less for the Roundup users” who are currently healthy.

The agreement would have paused litigation linking Roundup to non-Hodgkin’s lymphoma (NHL) for four years and would have barred Roundup users from seeking punitive damages once the pause on litigation expired.

In return, users could be eligible for free medical exams and compensation if they were diagnosed with non-Hodgkin’s lymphoma.

The proposed class action settlement was aimed at claims by people who have been exposed to the weedkiller and who become sick in the future.

Separately, Bayer has committed up to $9.6bn to resolve ongoing claims of people who blame glyphosate – the main active ingredient in Roundup – for an existing illness. The company’s chief executive told analysts this month that 90,000 existing claims have been resolved and 30,000 are still being negotiated.

The company has said that decades of studies have shown that Roundup and glyphosate are safe for human use. Bayer did not immediately respond to a request for comment on the judge’s decision.

Bayer has been criticised by consumer advocates for fighting efforts to add a warning label to Roundup or pull it from the herbicide market, which it dominates along with other glyphosate products.

Chhabria had suggested a warning label might provide a way to prevent future lawsuits, which are based on the theory that Bayer failed to warn consumers of Roundup’s link to cancer.

Bayer has called the class action settlement proposal one of the “building blocks” to “provide closure” on the Roundup litigation.

Leslie Brueckner, an attorney with Public Justice, which objected to the proposal, called the ruling important for public health and said the risk of substantial punitive damages might force Bayer to change.

“So as long as Roundup stays on the market, Bayer will continue to be sued by Roundup victims who get NHL,” said Brueckner. “That means no closure.”

The four-year plan would have grouped potentially millions of residential users and farm labourers in a class and provided them the medical exams and up to $200,000 if they were diagnosed with non-Hodgkin’s lymphoma.

Chhabria’s six-page order cast doubt on the value of the medical exam offer, given the 10-year to 15-year lag time between exposure and potential onset of cancer symptoms.

He also said most claimants could expect $60,000 or less in compensation and that compensation might not be available after the plan expired.

Attorneys for the class said at last week’s hearing that Bayer could extend the agreement and provide additional compensation.

The judge also questioned how healthy users of Roundup could be adequately notified of a settlement that bound them in the future if they develop NHL.