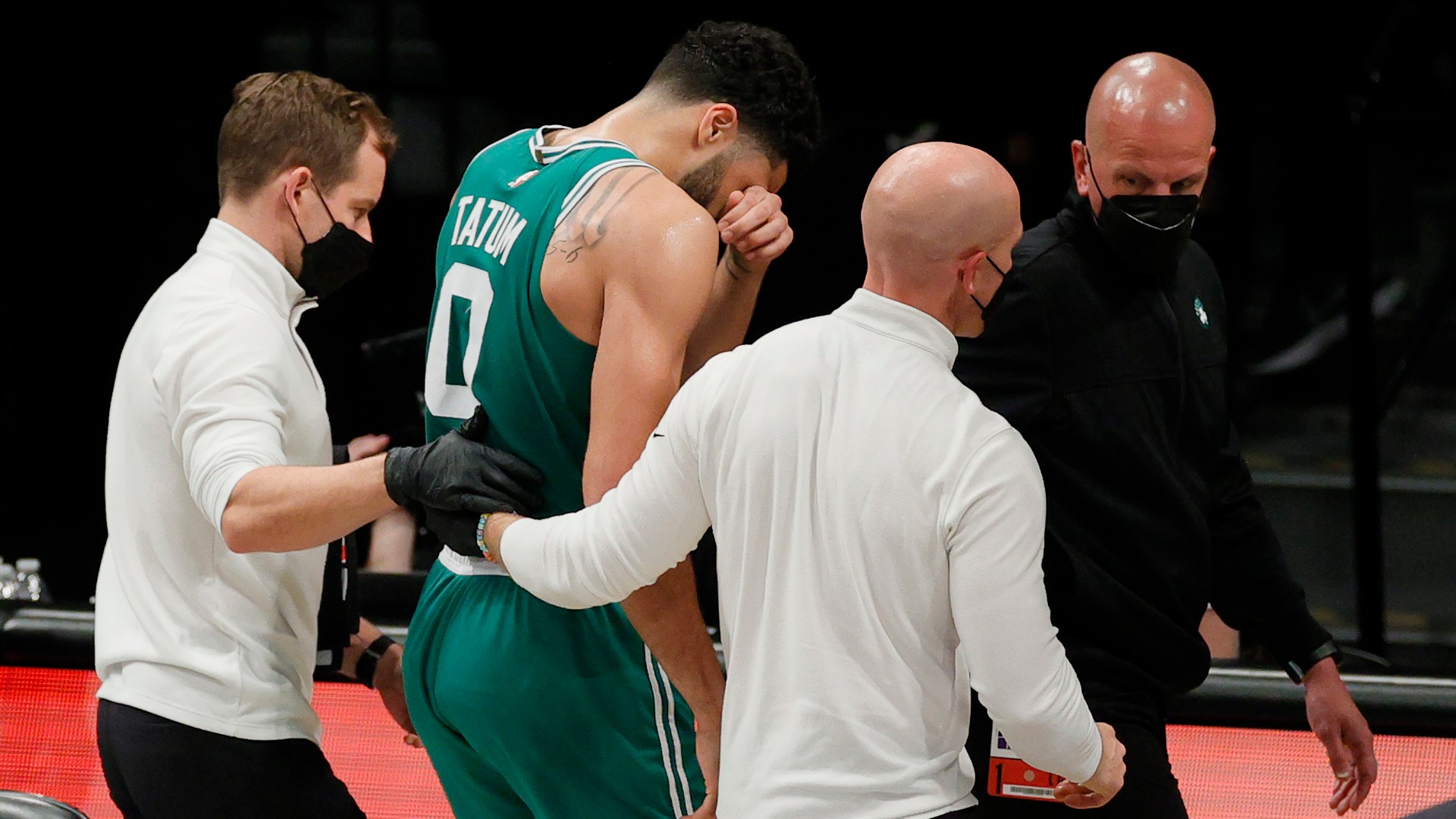 The Celtics entered their first-round series against the Nets without Jaylen Brown, who is out for the rest of the season after undergoing wrist surgery. Now they are worried about the status of their other All-Star forward.

Jayson Tatum went down early in the third quarter of Tuesday night’s Game 2 after being accidentally poked in the eye by Brooklyn star Kevin Durant. Tatum stripped the ball away from Durant along the baseline before immediately reaching toward his right eye. Tatum, clearly in discomfort, fell to the floor and let the ball roll out of bounds in order to stop play.

MORE: Brad Stevens’ job not in jeopardy despite disappointing season

Members of Boston’s medical staff then came onto the court and walked Tatum back to the locker room.

Tatum eventually returned to the Celtics’ bench, but the team ruled him out for the rest of the game with the eye injury. Tatum finished with nine points in 21 minutes, and the Nets cruised to a 130-108 victory to take a 2-0 series lead.

Boston coach Brad Stevens told reporters after the game that Tatum tried to adjust to the lighting at the Barclays Center, but was “really struggling.”

Brad Stevens gives an update on Jayson Tatum’s injury that caused him to leave the game and never return pic.twitter.com/aOZR45ulhf

Celtics guard Marcus Smart said Tatum was in “good spirits” after the game, and believes he will be available to play in Friday’s Game 3.

Unfortunately for Boston, Tatum’s presence may not make much of a difference in the series. He has shot just 9 of 32 from the field (28.1 percent) through the first two games. He was a minus-28 in Game 2, the worst mark on the team.