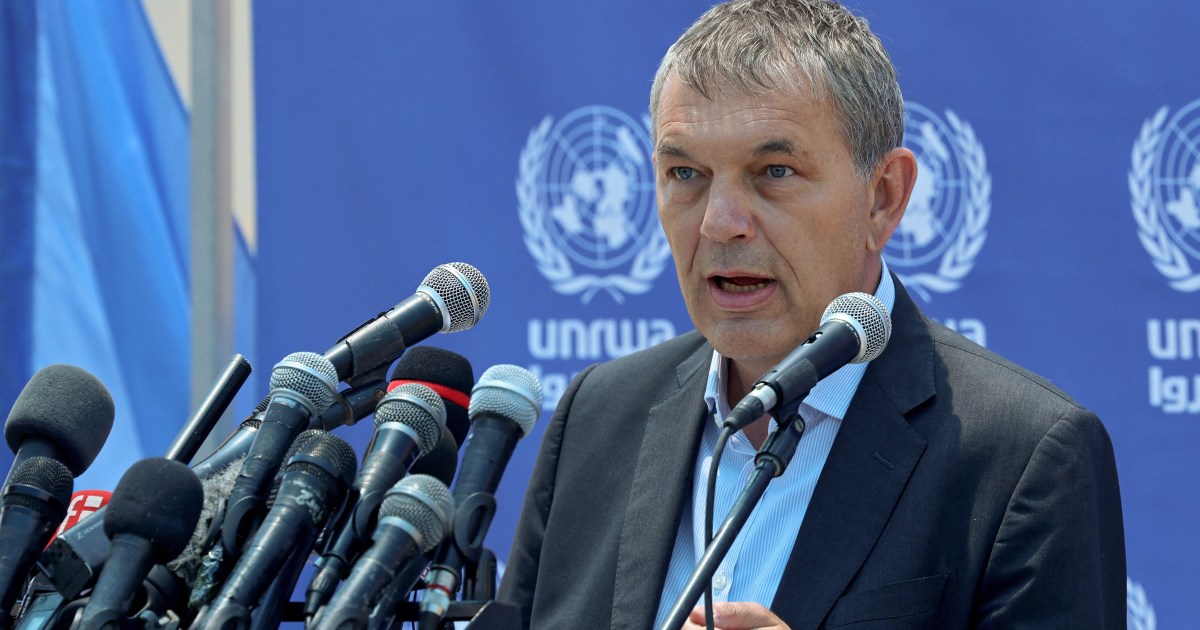 Philippe Lazzarini said the situation in Gaza is getting worse because the very basis of the conflict has not been addressed.

The United Nations agency for Palestine refugees has urged the international community to look at the root causes of the Israel-Palestine conflict, in order to avoid future bloodshed.

Philippe Lazzarini, the commissioner-general of the UN Relief and Works Agency for Palestine Refugees (UNRWA), said on Sunday “the layers of hardship in Gaza keep getting thicker” because the very basis of the conflict has not been addressed.

Lazzarini promised to urge the international community to address “the root causes of the conflict, the occupation, the displacement, of which we had a strong reminder in East Jerusalem and Sheikh Jarrah, the blockade and the cycle of violence – this sense of normality will only be a mirage until the next conflict.”

Calling on the international community to fund UNRWA’s efforts to address urgent humanitarian needs for Palestinians, Lazzarini said his main mission after leaving Gaza will be “to ensure that stability remains in the lives of Palestine refugees in Gaza through a strong UNRWA”.

He also expressed his deep frustration at the “senseless episode of extreme violence that killed civilians, destroyed infrastructure and threw Gaza back several years.”

The commissioner-general was speaking alongside Lynn Hastings, the humanitarian coordinator for the occupied Palestinian territories, who urged Hamas and Israel to adhere to the ceasefire.

“I reiterate the Secretary-General’s call for Israeli and Palestinian leaders to revitalise serious dialogue to achieve a just and lasting solution for all,” Hastings said.

Tension escalated across the Palestinian territories last month over an Israeli court verdict to forcibly expel Palestinian families from their homes in the Sheikh Jarrah neighbourhood in occupied East Jerusalem in favour of settler groups.

The situation flared up after Israeli forces raided the Al-Aqsa Mosque and assaulted worshippers inside.

The tension spread to the Gaza Strip, with Israel launching air attacks that killed at least 248 Palestinians, including 66 children and 39 women, and injured more than 1,900 others. Health authorities in the occupied West Bank have separately confirmed 31 killed in that region, bringing the total to 279 across all Palestinian territories. Israel said it launched a bombing campaign in Gaza following rocket attacks from Palestinian factions.

On the Israeli side, 12 people were killed, including two children, in rocket fire from the Gaza Strip. The fighting, the fiercest in years, came to a halt on Friday under an Egyptian-brokered ceasefire.