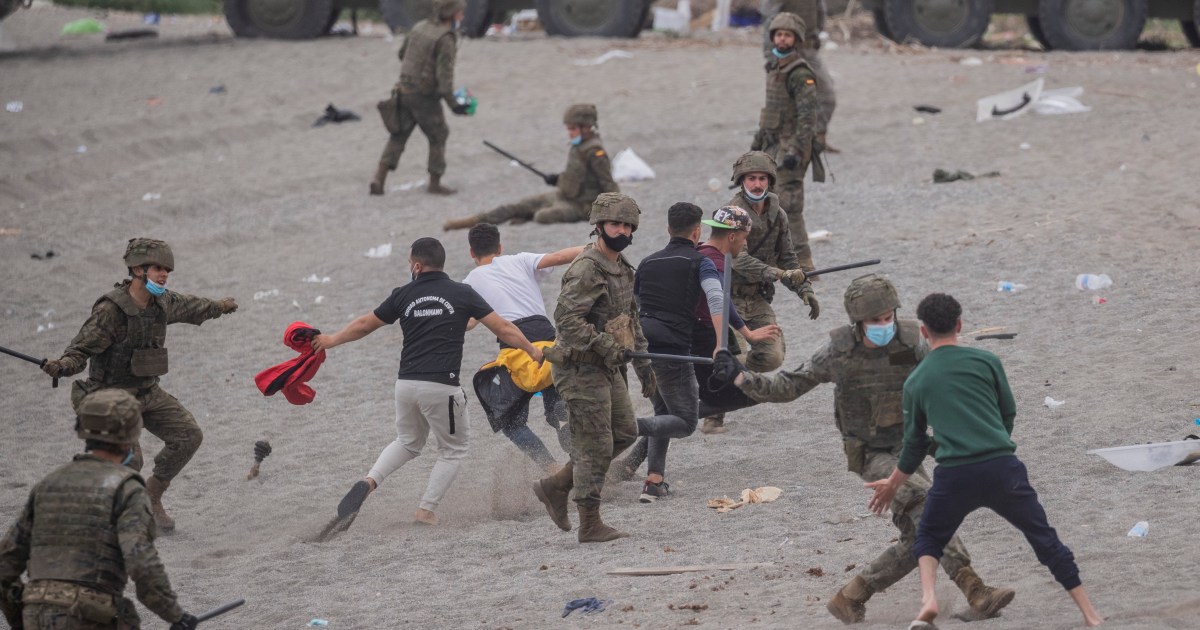 After beaches in Greece, Italy and elsewhere, a fleck of Spanish territory on the northern coast of Africa this week became the latest deadly flashpoint in Europe’s battle to stem migration flows from less fortunate regions of the world wracked by conflict, poverty and other miseries.

In an unprecedented flow that overwhelmed Spanish authorities, more than 8,000 people climbed around border fences and swam from Morocco to the Spanish-governed enclave of Ceuta.

Spanish authorities recovered two bodies from the waves, both young men from Morocco.

Some swimmers knelt in prayer before wading from Moroccan beaches into the Mediterranean, hoping to make land in Ceuta and, from there, make new lives in mainland Europe.

Some swam with packages of belongings. Weaker swimmers struggled in the waves and marine currents.

A barefoot swimmer reached Ceuta seemingly so exhausted that he could not immediately drag himself from the surf. He lay face down, grimacing, his right hand clutching the wet sand. The man later embraced a Spanish Red Cross worker who comforted him.

Other migrants piled on board flimsy boats. One small craft with 14 young men packed tightly on board floated dangerously low in the water. They used empty bottles to bail it out. Another man swam along behind, clutching the stern.

Rushed in to plug the holes in the porous border through which people streamed, Spanish troops in flak jackets and with long truncheons rounded up young men in Bermuda shorts, tracksuits and football jerseys bearing the names of the sport’s biggest stars.

Soldiers chased after migrants and refugees in sandals and flimsy shoes. At night, alleyways in Ceuta echoed with the sounds of people running and hiding.

On the Moroccan side, more young men streamed towards Ceuta on well-trodden paths through tall, flowering shrubs.

Posted along a towering border fence, Spanish soldiers watched through the mesh as migrants gathered on the other side, on a boulder-strewn seafront and arid hills overlooking Ceuta.