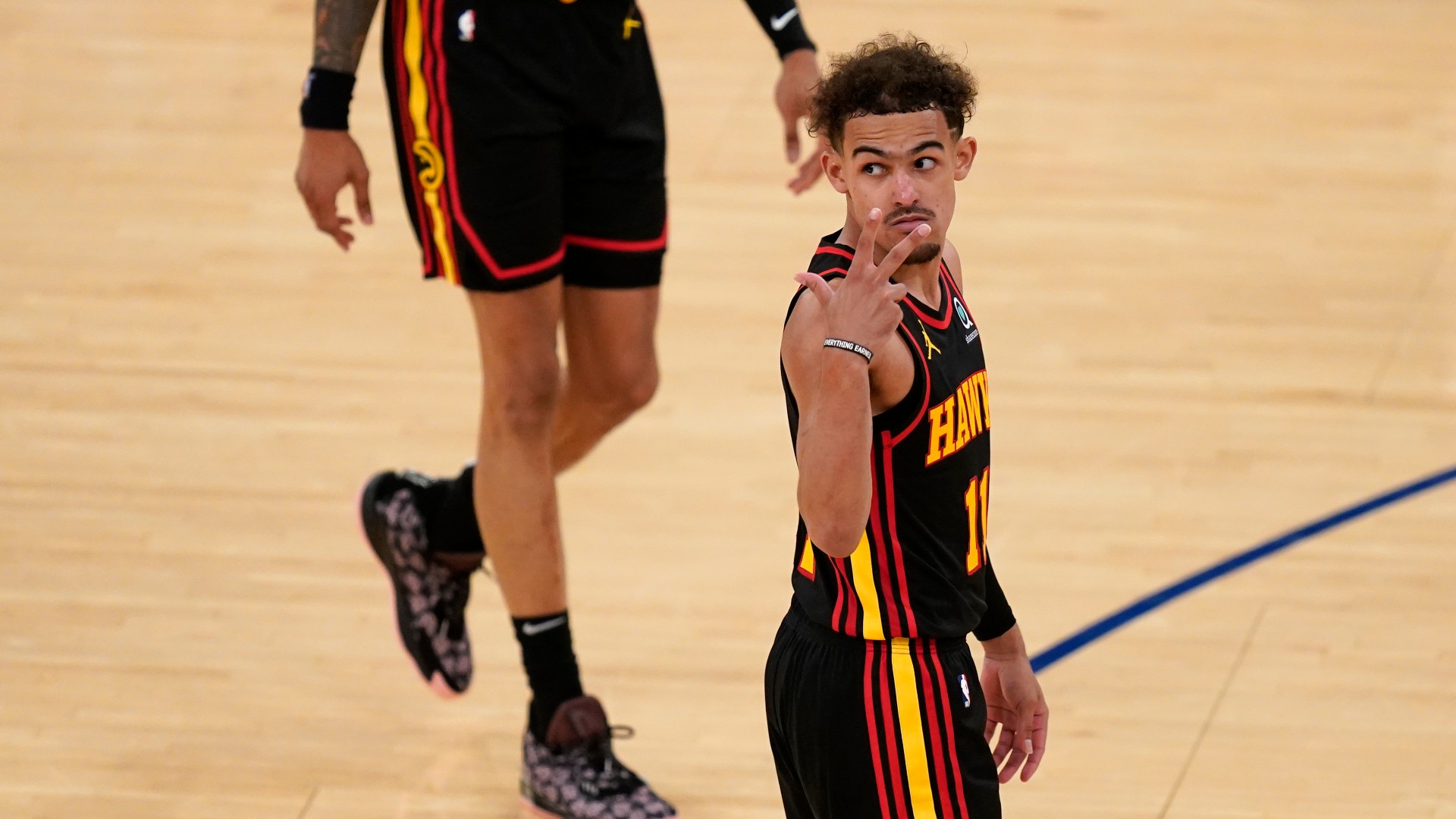 Trae Young established himself as a villain during the Hawks’ 107-105 Game 1 win over the Knicks on Sunday night.

In his first career playoff game, Young made the go-ahead shot with 0.9 seconds remaining in regulation, handing the Knicks a heartbreaking loss. After the make, he yelled a message toward the Madison Square Garden crowd while holding a finger over his mouth.

Here’s a look at the play, via ESPN.

If you’re a lip reader, you can tell that Young is saying something along the lines of “It’s quiet as f— in here” after his shot fell. After the game, he elaborated on why he addressed the crowd in such a manner.

“We’ve been in the biggest stages. When you’re in the zone and everybody’s chanting ‘F-U’ — I don’t know if any of y’all have had that, but I had that in college and had it again tonight — it got real quiet at the end,” Young said on the TNT broadcast. “And for me, I wanted to hear those ‘F-U’ chants again.”

After knocking off the Knicks in such a fashion, it certainly seems as if he may have more chants of that sort directed at him for Game 2 in New York on Wednesday. But it also sounds as if Young is ready to embrace that villain role.

Not only did he hit the game-winner, he also totaled more than 30 points and 10 assists in his playoff debut, something that hasn’t been done since Derrick Rose’s Bulls playoff debut in 2009.

He is the first player with 30p/10a in his playoff debut since Derrick Rose. pic.twitter.com/8m4aF3cdrg

That’s good company for Young to be keeping, especially since Rose won the NBA MVP award two seasons after his terrific playoff debut. After a string of injury-plagued seasons, Rose is going strong again as a key Knicks reserve. He had 17 points and five assists opposite Young on Sunday night.

We’ll soon see if Young can keep his hot playoff start going. Either way, his postseason debut was one to remember.