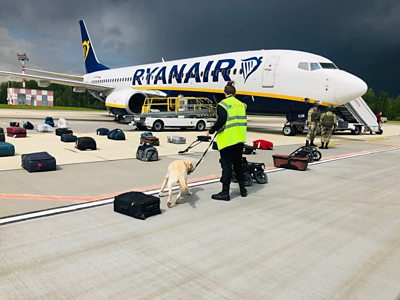 Belarus has been condemned for diverting a plane, in order to arrest Belarusian opposition journalist Roman Protasevich.

Fighter jets were sent to take down the plane after claiming there was a bomb threat, which witnesses on the flight said “wasn’t true”.