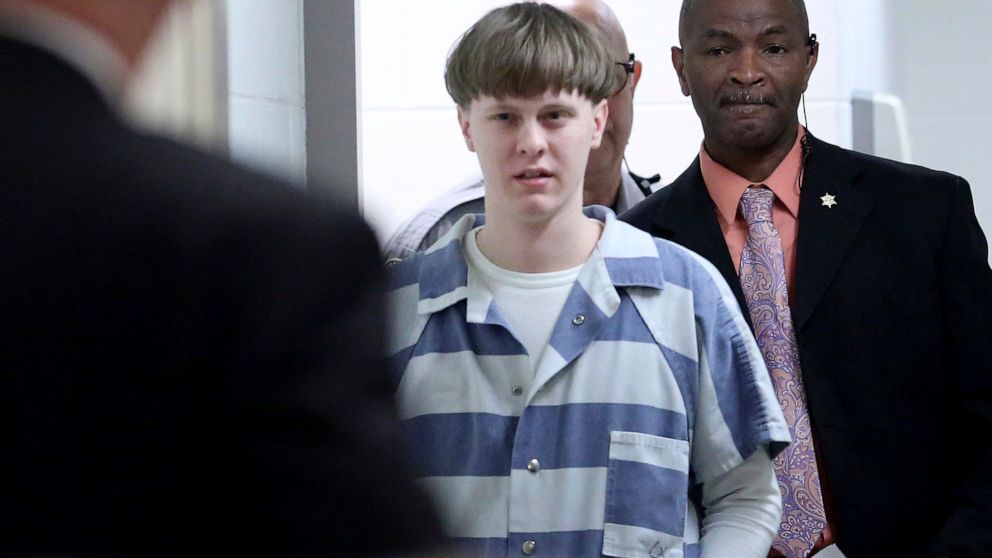 COLUMBIA, S.C. — The man on federal death row for the racist slayings of nine members of a Black South Carolina congregation is making his appellate argument that his conviction and death sentence should be overturned.

Oral arguments in the case of Dylann Roof are scheduled to be held Tuesday before a three-judge panel of the 4th U.S. Circuit Court of Appeals, based in Richmond, Virginia. Appellate Judge Jay Richardson, who as an assistant U.S. Attorney prosecuted Roof’s case, is not part of the panel.

In 2017, Roof became the first person in the U.S. sentenced to death for a federal hate crime. Authorities have said Roof opened fire during the closing prayer of a 2015 Bible study session at Charleston’s Mother Emanuel AME Church, raining down dozens of bullets on those assembled. Roof was 21 years old at the time.

In a lengthy brief, Roof’s attorneys argue that an appellate court should vacate Roof’s convictions and death sentence, or remand his case to court for a “proper competency evaluation.”

“The federal trial that resulted in his death-sentence departed so far from the standard required when the government seeks the ultimate price that it cannot be affirmed,” they wrote, arguing that their client’s mental illness should have prevented him from serving as his own attorney during a portion of the trial, and also being sent to federal death row.

U.S. District Judge Richard Gergel held two competency hearings for Roof: one before the start of his trial, and one before its sentencing phase, to determine if Roof could act as his own attorney for that portion of the trial. His appellate team wrote that the court errantly found Roof competent, despite the fact that “every defense expert agreed Roof suffered a delusional belief he would be rescued by the victors of a race-war, which prevented him from understanding the threat of execution was real.”

Representing himself for sentencing, Roof successfully prevented jurors from hearing mitigating evidence about his mental health, “under the delusion,” his attorneys wrote, that “he would be rescued from prison by white-nationalists — but only, bizarrely, if he kept his mental-impairments out of the public record.”

In that part of the trial, the self-avowed white supremacist neither fought for his life nor explained his actions, saying only that “anyone who hates anything in their mind has a good reason for it.”

This, his attorneys wrote, resulted in “a complete breakdown” of any possible defense, with jurors being “left in the dark” about any details from Roof’s past that could have possibly been used to mitigate the government’s “inflammatory case for death.”

Following his federal trial, Roof was given nine consecutive life sentences after pleading guilty in 2017 to state murder charges, leaving him to await execution in a federal prison and sparing his victims and their families the burden of a second trial.

After that sentencing, Solicitor Scarlett Wilson — who had also been pursuing the death penalty — called the deal “an insurance policy for the federal conviction,” ensuring that Roof would spend the rest of his life in prison, should the federal sentence not stand.

Wilson also said that she felt more confident a federal death sentence would be carried out under the newly minted Trump administration than it would have been under a Democratic one. At the time, there was anticipation that then-President Donald Trump might swiftly resume federal executions, following cessation of the practice under several several previous administrations.

Trump’s decision to reinstate federal executions didn’t come until 2020, however, when his Justice Department ended a 17-year hiatus, going on to oversee a total of 13 federal executions. Due to his remaining appeals, Roof’s case was not eligible for execution at that time.

Although President Joe Biden — who as a candidate said he’d work to end federal executions — hasn’t spoken publicly about capital punishment in office, White House press secretary Jen Psaki said in March that he continues to have “grave concerns” about it. The president could instruct his Justice Department not to carry out executions during his presidency.

If unsuccessful in his direct 4th Circuit appeal, Roof could file what’s known as a 2255 appeal, or a request that the trial court review the constitutionality of his conviction and sentence. He could also petition the U.S. Supreme Court or seek a presidential pardon.

Meg Kinnard can be reached at http://twitter.com/MegKinnardAP.