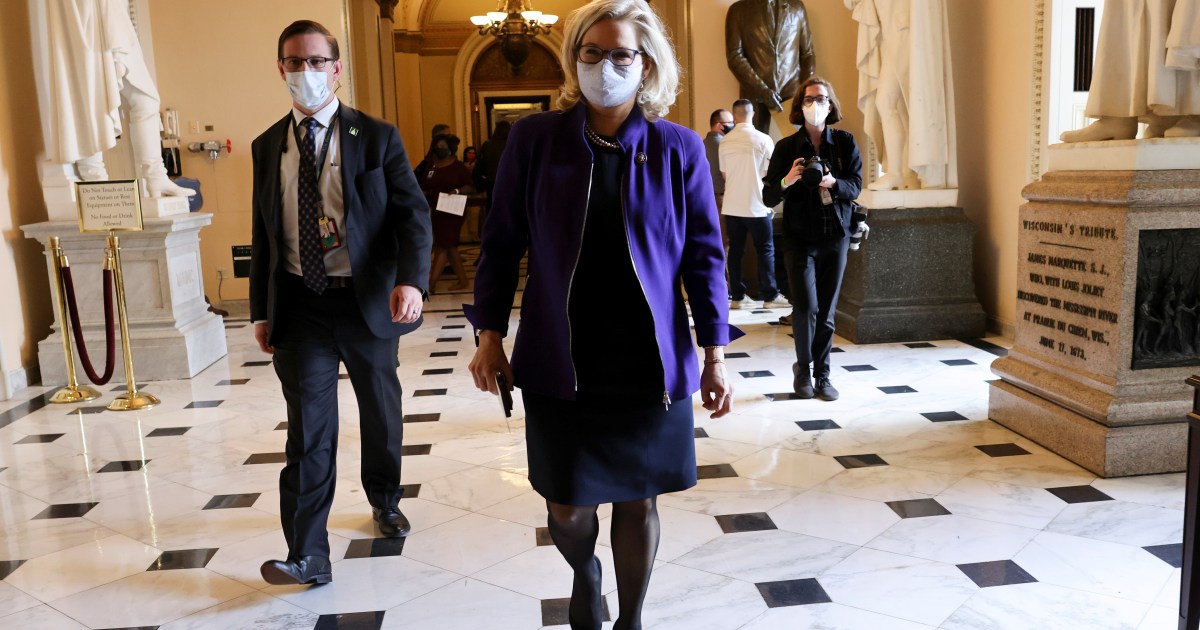 After a rollercoaster decade, the US Republican Party is barely recognisable. The compassionate conservatism of President Bush, followed by relative moderates John McCain and Mitt Romney as presidential nominees, feels a long time ago now. This is exemplified with Romney being loudly booed and heckled at his own conference, showing just how far the party has moved from him. Just last week, Congresswoman Liz Cheney, the daughter of former Vice President Dick Cheney, was removed from her leadership role by her colleagues for challenging Trump, a strong sign that Republicans are continuing with their harmful “stolen election” rhetoric.

The current dominating force for the Republican Party remains the deeply divisive populism advocated by former President Donald Trump. As president, Trump went against every conventional election wisdom, including his predecessors’ requests to secure support from minority groups and the middle classes. Instead, he based his campaign for power on an unscripted rant which unexpectedly worked, defeating the well-qualified but robotic Democratic challenger, Hillary Clinton, in 2016.

The Republicans were briefly triumphant, but their political fortunes have since rapidly deteriorated, losing the House of Representatives in 2018, before further defeats in the Senate and the presidency. Trump had the opportunity, when elected, to consolidate his grip by managing the nation competently. He failed to do so and has left his party in a tattered state.

Trump has cursed the Republican Party in two ways. The first is on policy. He has dragged his party into the mud of pure populism with an unending war on political correctness, isolating and offending vast swaths of voters the Republicans would need to win elections. It allowed Trump to retain an impressively resilient core vote but at the expense of weakening the US’s democratic norms, most exemplified by the mob that stormed the US Capitol on January 6, which also switched off many swing voters.

The second problem is competence. Trump’s government was elected entirely unprepared, with half-baked policy proposals mixed with mismanagement, a rapid turnover of senior staff, and leaks and scandals that hobbled any meaningful policy launches. Vacancies for critical leadership roles in government departments were left empty and Trump’s “America First” nationalism jarred with traditional allies who were keen for international coordination on climate change and defence. This was before COVID-19 struck the world, shining a spotlight on the lack of basic administrative ability, with immediate consequences to the lives of citizens. Without a sensible policy and a proven ability to govern, the Republicans’ path to recapturing the White House now looks more distant than ever.

A self-confident Republican Party would embrace anti-Trump rebels like Romney and Liz Cheney, but instead, they are abandoning them, while most politicians remain beholden to Trump’s approval. Trump’s denial that he lost the last election further prevents a rational analysis of how the Republicans could become more competitive electorally, locking them in an echo chamber with a corrosive effect on effective policy-making.

Perhaps inspiration could come from across the Atlantic to another outfit in the form of the UK’s Conservative Party, which just scored a successful local election campaign despite being 11 years into power. The Conservatives, known also as the Tories, have also endured a large amount of turbulence of late, riven by divisions over Brexit. Within the space of five years, the party has swapped both leaders and policy, from the slick, fiscally prudent and relatively Europhile David Cameron to the deadpan interregnum of Theresa May before settling with the big-spending, hair ruffling Boris Johnson who led the UK’s exit from the European Union.

Sensing the political landscape shifting, the new Conservative Party under Johnson has reinvented itself, rebounding after losing its majority under May in 2017, with a large parliamentary majority in 2019. Now, despite a difficult year handling the pandemic, the party has secured a further parliamentary by-election win from a former Labour stronghold, alongside hundreds of councillors in the most recent local elections.

Johnson did two things. On policy, he had a clear position on Brexit, negotiating a harder line on leaving the EU and pitched Brexit as a unifying moment, which resonated with many voters, who were exhausted by the political gridlock. He was also politically agile; while his opponents cried foul on Brexit, the Conservatives were busy parking their tanks across traditional Labour policy territory with increasing spending commitments, championing sustainability issues and pouring billions of new funding into the National Health Service (NHS). The news from health publisher Nurses Notes that historically left-leaning nurses are reportedly switching to the Conservatives should in particular trouble Labour, as it threatens the main opposition party’s core vote. Alongside popular policies, voters see a government able to deliver, reinforced with the fast rollout of vaccines.

If the Republicans hope to win the presidency again, they must broaden their outlook to appear capable of going beyond one-line slogans. This includes investigating popular policies that the Democrats are pursuing, just as the Conservatives have with Labour. The Republican grassroots are in no mood to share much thinking with Democrats; therefore, studying a friendlier face across the pond could provide a more palatable template to succeed in elections. If it helps the former party of Lincoln tone down its alarmist and, at times, shameful rhetoric, then it will be all the better for their party, for the US and perhaps even the world.