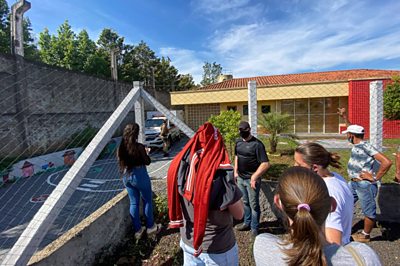 Five people have died after a man launched a machete attack at a nursery in Brazil, police say.

The victims include three children all reported to be under two years old and two staff members.

The attacker then turned the weapon on himself and is in critical condition in hospital, a police statement said.