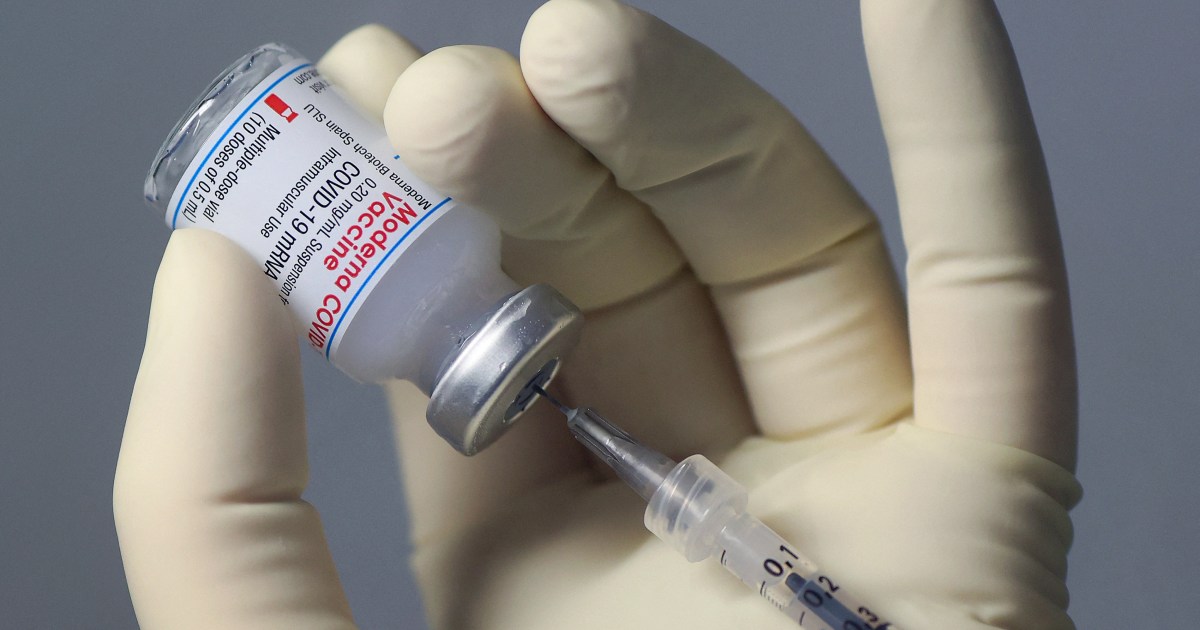 The rollout of 500 million Moderna vaccine doses for the UN-led program for poor nations won’t begin until the fourth quarter of this year.

Moderna will supply 34 million doses of its COVID-19 vaccine this year and Sweden has donated one million AstraZeneca shots to the global COVAX programme, which has struggled to secure enough supplies to inoculate the world’s poorest people.

The advance purchase agreement between Moderna and Gavi, the Vaccine Alliance, comes just days after the World Health Organization (WHO) announced emergency approval of the vaccine,

The rollout of Moderna vaccines for the United Nations-backed COVAX scheme, which aims to deliver vaccines to lower-income countries at the same time that rich countries have access, is set to begin in the fourth quarter of this year, and the vast majority of the doses in the deal – 466 million – are planned for next year.

Stephane Bancel, the Moderna CEO, expressed support for the COVAX mission and called the deal “an important milestone” to ensure access to its vaccine worldwide.

“We recognise that many countries have limited resources to access COVID-19 vaccines,” Bancel said in a statement.

“We remain committed to doing everything that we can to ending this ongoing pandemic with our mRNA COVID-19 vaccine.”

Gavi CEO Seth Berkley said the agreement was a “further step in the right direction”.

“Expanding and having a diverse portfolio has always been a core goal for COVAX, and to remain adaptable in the face of this continually evolving pandemic – including the rising threat posed by new variants. This agreement is a further step in that direction,” he said.

The deal expands the programme’s pipeline of vaccines to eight and contains options to potentially access doses of variant-adapted vaccines in the future, Gavi said.

The agreement follows the US drugmaker’s shot being approved for emergency use listing by the WHO on Friday, a prerequisite for COVAX eligibility.

The pharma company said the doses were offered “at Moderna’s lowest tiered price, in line with the company’s global access commitments,” without specifying.

The Swedish donation is the second by a European Union member after France last month.

Sweden paused the use of the AstraZeneca vaccine in March after reports of rare, but serious, blood clots among people who had received that shot. It later resumed the use of the shot, but only for people aged 65 or above.

“These are doses that we do not need ourselves. We are going to get large deliveries (of other vaccines) in the future,” Per Olsson Fridh, Swedish minister for international development cooperation, told the national news agency TT on Monday.

The WHO has repeatedly urged wealthier countries to share excess doses to help inoculate health workers in low-income countries and tame the pandemic which has killed more than 3.2 million.

The vaccine sharing initiative has also been hit by supply problems for COVID-19 vaccines, notably the AstraZeneca shot made in India, where authorities have restricted exports because of its fast-growing outbreak.

COVAX hopes to have two billion doses available by the end of 2021, half of which will go to 92 lower-income countries.