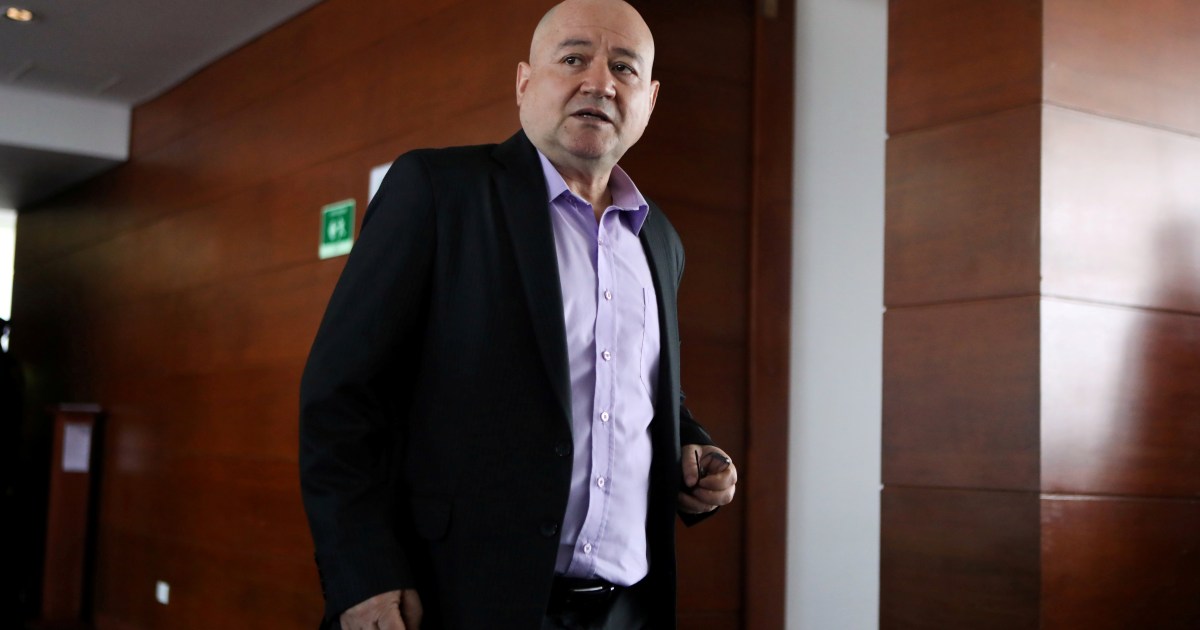 Bogota, Colombia — Eight ex-commanders of Colombia’s now-defunct rebel group the Revolutionary Armed Forces of Colombia (FARC), have formally admitted to accusations of kidnappings as a policy within their ranks and other crimes against humanity in a transitional justice court on Friday.

The ex-leaders released a joint declaration stating they accept the accusations against them in full by the Special Jurisdiction for Peace (JEP) court set up under the transitional justice system to try war crimes as part of the continuing peace process.

“As we have repeatedly stated, our kidnapping policies are unjustifiable,” the ex-rebels told reporters on Friday.

Ex-rebels who provide specific information to the JEP about crimes committed could receive lesser sentences.

“In more than 300 pages, we provide a detailed, clear and exhaustive response to the victims, who have courageously and generously approached the JEP trusting in the implementation of the final peace agreement to achieve a common goal: the end of the conflict and the construction of a stable and lasting peace. In this way, we seek to answer their questions and many of the disagreements expressed during this process, in which the centrality of their voices is paramount,” the ex-fighters said.

It was the first time one of the former commanders, Carlos Antonio Lozada, admitted kidnappings publicly. Some of his peers had already done so. About 21,396 people were kidnapped or taken hostage by the FARC between 1990 and 2015, according to the JEP figures.

Lozada said the “acts consisted of ordering the capture and prolonged deprivation of liberty of civilians and members of the military forces who were captured in military operations, due to the refusal of the Colombian state to agree to the humanitarian exchange of guerrillas captured by the public forces and deprived of their liberty”.

This was the JEP’s first ever case, which put forth the accusations four months ago. The ex-commanders were accused of being responsible for serious crimes like cruel treatment, sexual abuse, disappearances and murder: all connected to the practice of kidnapping.

“The FARC were one of the most brutal guerrillas in recent history in Latin America. The recognition by its former commanders of their role in massive kidnappings makes that clear,” Human Rights Watch Americas Director, José Miguel Vivanco, told Al Jazeera.

“The FARC committed often systematic atrocities against civilians, including child recruitment, hostage-taking, use of landmines, forced displacement and sexual violence. Thousands of victims have long awaited a day in court and they deserve to know the full truth and obtain meaningful justice for the guerrillas’ crimes,” Vivanco said.

The FARC created a political party after disarming as part of the historic 2016 peace deal with the government. Originally keeping their famous acronym as the party name, they decided to change it in January, over criticism the FARC acronym was too tied up with memories of the 50-year armed conflict that left 260,000 dead and millions displaced. They are now known as “Comunes”.

But some believe today’s admission may damage the FARC’s political trajectory.

“The JEP ruling came at a difficult time, as FARC is struggling as a political party. To have to publicly admit to kidnappings – and to the cruelty involved in many of them – on the one hand, underscores FARC are serious about taking responsibility and the JEP is serious about providing truth, but also puts FARC in a difficult position, as they try to attract a sceptical electorate,” says Angelika Rettberg, professor of political science at Bogota’s Los Andes University.

For Elizabeth Dickinson, senior Colombia analyst for Crisis Group, the unconditional acceptance by the FARC of these accusations is significant because it provides a bellwether for how they will be interacting with the transitional justice process.

The issue of punishments has been controversial in Colombia since the peace deal. Many right wingers do not support the idea of lenient sentences for ex-FARC fighters, including the ruling party of President Ivan Duque who, unsuccessfully, advocated to change some aspects of the peace deal during his first months in power related to punishments.

“One of the challenges going forward for the entire transitional justice process will be the issue of sentencing. There has not been a sentencing yet, so I think all eyes politically will certainly be on what that looks like and what the alternative sentences will be,¨ Dickinson said, adding that the court can offer alternative sentences that do not include traditional jail time.

Dickinson said critics of the court will be looking to ensure that the sentences are sufficiently stern, and that supporters of the transitional justice process will want a different outcome.