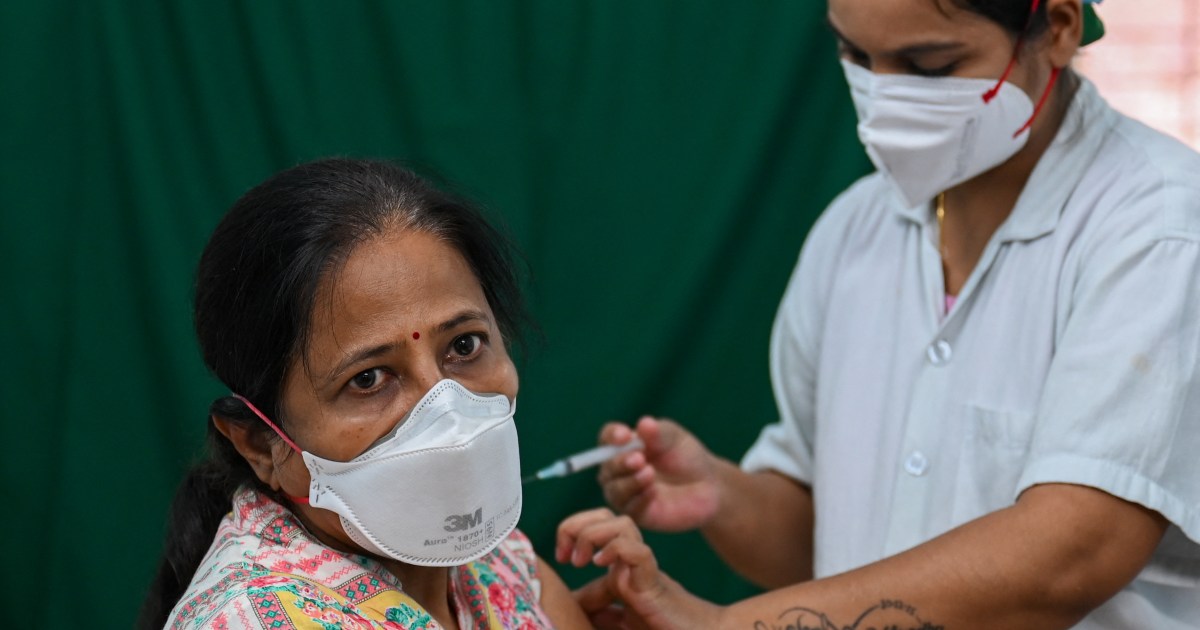 US to send supplies, including nearly one million instant tests on a first flight, as India battles one of the world’s most catastrophic surges.

Indians are struggling to register online for a mass vaccination drive set to begin at the weekend as the country’s second wave of coronavirus is worsened by shortages of hospital beds and medical oxygen.

The record surge in infections has prompted an increasingly urgent response from allies overseas sending equipment.

Here are the latest updates:

India has reported a record rise in coronavirus cases and deaths over the last 24 hours, with its overall caseload rising above 18 million.

The United States is sending supplies worth more than $100m to India to help it fight a surge of COVID-19 cases, the White House said in a statement.

The supplies, which will begin arriving on Thursday and continue into next week, include 1,000 oxygen cylinders, 15 million N95 masks and one million rapid diagnostic tests, the statement said.

The US also has redirected its own order of AstraZeneca manufacturing supplies to India, which will allow it to make more than 20 million doses of COVID-19 vaccine, according to the White House.

“Just as India sent assistance to the United States when our hospitals were strained early in the pandemic, the United States is determined to help India in its time of need,” the White House said in a factsheet outlining the aid.

Australia’s Zampa, Richardson exit India after pulling out of IPL

Australian cricketers Adam Zampa and Kane Richardson have flown out of India after withdrawing from the Indian Premier League (IPL) amid growing concerns over the COVID-19 crisis in the South Asian nation.

There were concerns the pair were stranded after the Australian government suspended flights from India until May 15 to prevent virulent COVID-19 variants from entering the country.

IPL organisers have faced mounting criticism from pundits and on social media for pushing ahead with the tournament which is being played in a bio-secure bubble amid the health crisis.

Taiwan to send COVID-19 aid to India this weekend

Taiwan has bought 150 oxygen concentrators and aims to send them to India this weekend to help it deal with an enormous increase in COVID-19 infections and is also looking at providing further aid, Foreign Minister Joseph Wu said.

Wu told reporters that they had been working on an aid package for India and have already purchased 150 oxygen concentrators which should be able to be sent this weekend.

“We are in the process of buying more oxygen concentrators and buying raw materials from overseas so our companies at home can produce even more,” he said.