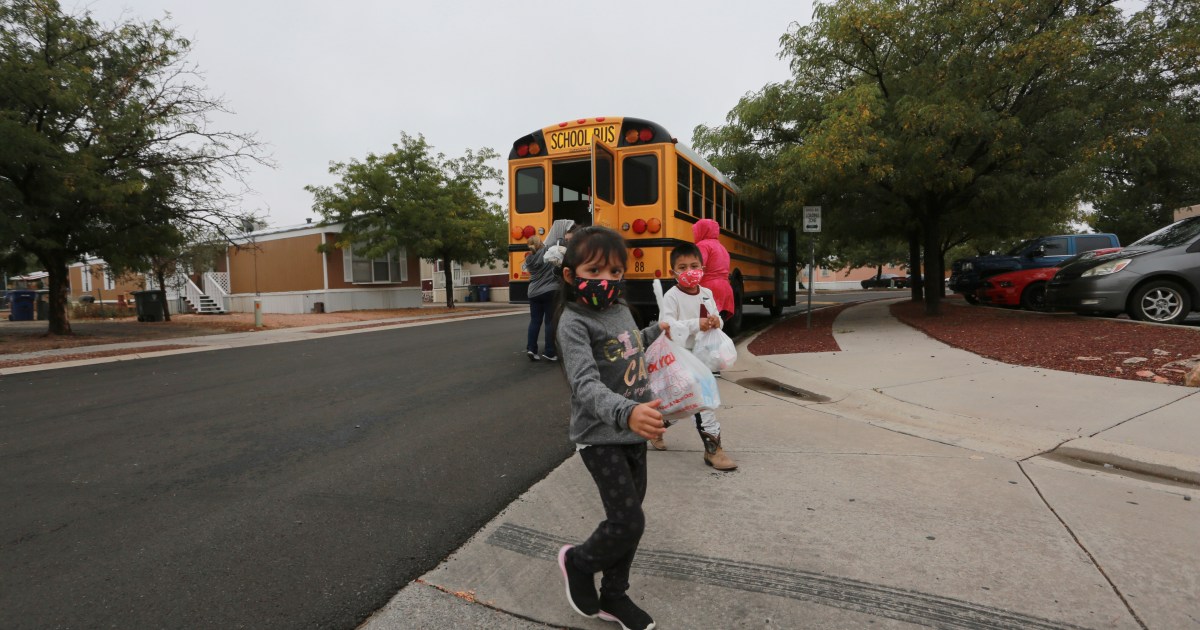 The White House called the proposal to expand educational opportunities and childcare for families a ‘once-in-a-generation’ plan.

Marking his first 100 days in office, President Joe Biden is set to use his first joint address to Congress to pitch a $1.8 trillion investment in children, families and education that would fundamentally transform the role government plays in American life.

Biden will make his case on Wednesday night before a pared-down gathering of mask-wearing legislators due to coronavirus restrictions and in a US Capitol still surrounded by black fencing following the January 6 storming by rioters seeking to overturn his election victory.

The sweeping proposal includes $200bn to provide universal preschool to all three- and four-year-olds, $109bn to offer two years of free community college, $225bn for childcare and $200bn to maintain reductions in healthcare premiums under the Affordable Care Act (ACA).

In a statement, the White House called the plan, along with Biden’s recently proposed $2 trillion jobs and infrastructure legislation, “once-in-a-generation investments” in the future of the US.

“Together, these plans reinvest in the future of the American economy and American workers, and will help us out-compete China and other countries around the world,” the White House said in a statement.

The plan would also build off the $1.9 Trillion American Rescue Plan, a COVID-19 relief package that became Biden’s first big legislative victory as president, although it required special congressional manoeuvring to pass the US Senate, where Democrats hold 50 of 100 seats.

Like the American Jobs Plan, Biden’s most recent proposal is likely to face opposition from Republicans. Still, it fits into a larger campaign promise to make sweeping – and costly – New Deal-style investments in American workers, whose vulnerabilities were widely exposed amid the pandemic.

The most recent proposal would be paid for by increases in Internal Revenue Services enforcement and raising the tax rate on the wealthiest Americans, according to the White House statement.