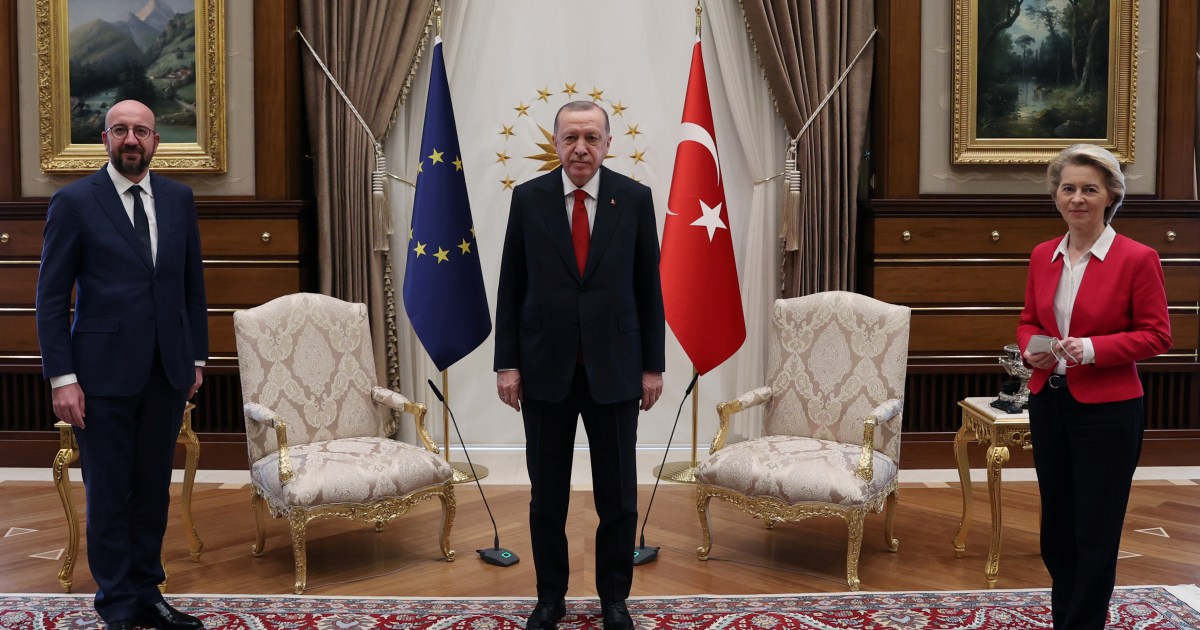 European Commission President Ursula von der Leyen has said that a glaring diplomatic gaffe during a meeting with Turkey’s president made her felt hurt and alone, and claimed that she was treated poorly simply because she is a woman.

The scandal known as “sofagate” took place on April 6, when von der Leyen and European Council President Charles Michel met with Turkish President Recep Tayyip Erdogan in Ankara for talks aimed at easing relations between the European Union and Turkey.

But only two chairs were set out in front of the EU and Turkish flags for the three leaders.

Michel was quick to take the single chair set out next to Erdogan, relegating a visibly annoyed von der Leyen to a sofa away from her male counterparts.

Before eventually taking her seat on the sofa, von der Leyen stood looking at the seated men, expressing her disquiet.

Much of the commentary on the affair has focused on Erdogan’s diplomatic faux pas in failing to provide a chair for von der Leyen.

Von der Leyen, who did not publicly blame either Erdogan or Michel, said she saw no shortage of chairs in other similar meetings in the past.

“I felt hurt, and I felt alone, as a woman, and as a European. Because it is not about seating arrangements or protocol. This goes to the core of who we are,” she said.

The apparent protocol mishap at the Turkish presidential palace led to debates over Ankara’s attitude to women and the EU, sexism in Brussels, and the internal political wrangling between the bloc’s institutions.

Turkey insisted that the EU’s own protocol requests were applied but the European Council head of protocol said his team did not have access, during their preparatory inspection, to the room where the incident happened.

On Monday, Michel apologised. He said he should have given up his seat but that he was concerned about sparking a broader diplomatic incident, especially given the poor state of relations between Turkey and the 27-nation bloc.

Von der Leyen said that fortunately cameras were present at the meeting and that the images made headlines around the world, but warned that many women’s experiences of discrimination went unrecorded.

She added that respect for women’s rights must be “a prerequisite for a resumption of dialogue with Turkey” and that Europe itself must do better in this regard.

In March, Ankara was criticised for withdrawing from the Istanbul Convention, a treaty on preventing violence against women.

But as von der Leyen noted, several EU members have still not ratified the treaty.

“And others are thinking about quitting. This is not acceptable,” she said, warning that she would try to find a way for the EU itself to join the convention despite resistance from some members.