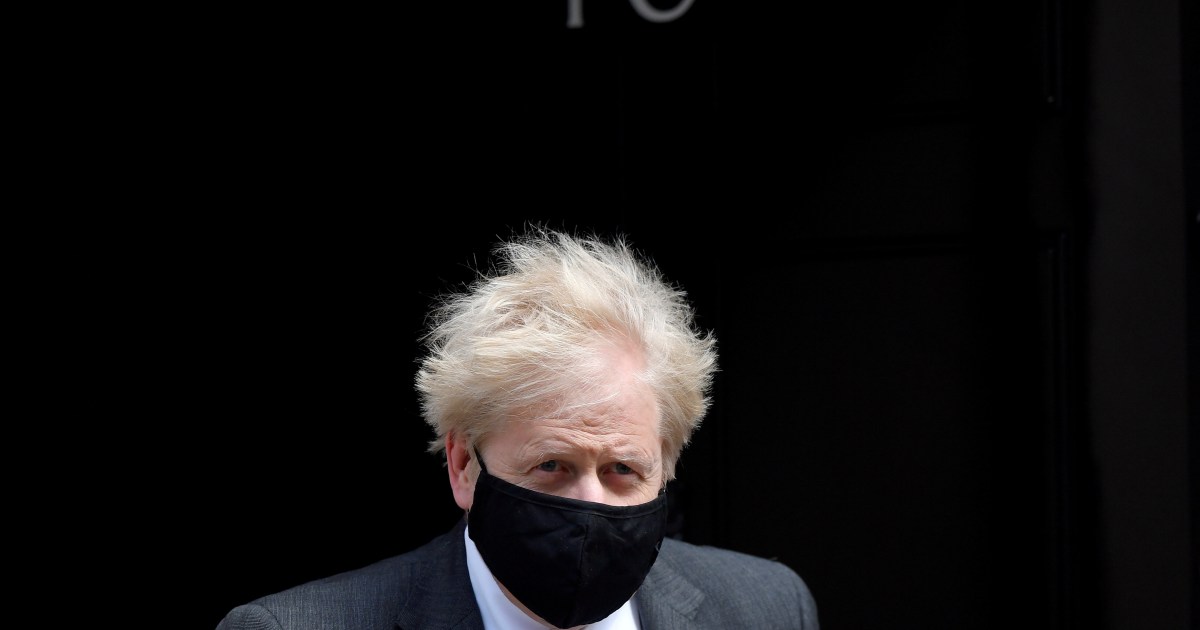 A British minister has flatly denied a report that Prime Minister Boris Johnson said he would rather bodies piled “high in their thousands” than order a third social and economic lockdown to stem coronavirus infections.

The Daily Mail newspaper cited unidentified sources as saying that, in October, shortly after agreeing to a second lockdown, Johnson told a meeting in Downing Street: “No more … lockdowns – let the bodies pile high in their thousands.”

Defence Secretary Ben Wallace told Sky News on Monday: “It’s not true – it’s been categorically denied by practically everyone,” and added that Johnson was focused on the COVID response.

“We’re getting into the sort of comedy chapter now of these gossip stories. You know – unnamed sources by unnamed advisers talking about unnamed events. You know – look – none of this is serious,” Wallace said.

Johnson is facing a stream of allegations in newspapers about everything from his muddled initial handling of the COVID-19 crisis to questions over who financed the redecoration of his official apartment.

The Daily Mail did not immediately respond to a request by Reuters for comment.

The United Kingdom has the world’s fifth-worst official COVID-19 death toll, with 127,681 deaths, after the United States, Brazil, Mexico and India, according to the Johns Hopkins University School of Medicine.

Johnson did impose a third lockdown in January, though critics say it could have been avoided had he yielded to pressure from senior ministers to make the second lockdown more stringent.

The prime minister’s opponents say he acted too slowly to stop the spread of the virus and then bungled both the strategy and the execution of the government’s response, often delaying imposing lockdowns at crucial moments.

Johnson has resisted calls for an immediate inquiry into the handling of the crisis and ministers say that, while they did not get everything right, they were making decisions at speed and have one of the best vaccination programmes in the world.

After Downing Street named Johnson’s former chief adviser, Dominic Cummings, as the source of leaks about the prime minister, Cummings hit back on Friday, denying he was the source and casting Johnson as incompetent and lacking in integrity.

Cummings, the architect of the Brexit campaign for the UK to leave the European Union, left Johnson’s staff suddenly late last year, having previously been his most influential adviser on Brexit and the 2019 election campaign.

Cummings said Johnson’s plans to have donors pay secretly for the renovation of his Downing Street apartment were “unethical, foolish, possibly illegal – and almost certainly broke the rules on proper disclosure of political donations”.

Asked last month about the refurbishment plans, Johnson’s spokeswoman said all donations, gifts and benefits were properly declared, and that no party funds were being used to pay for the refurbishment.