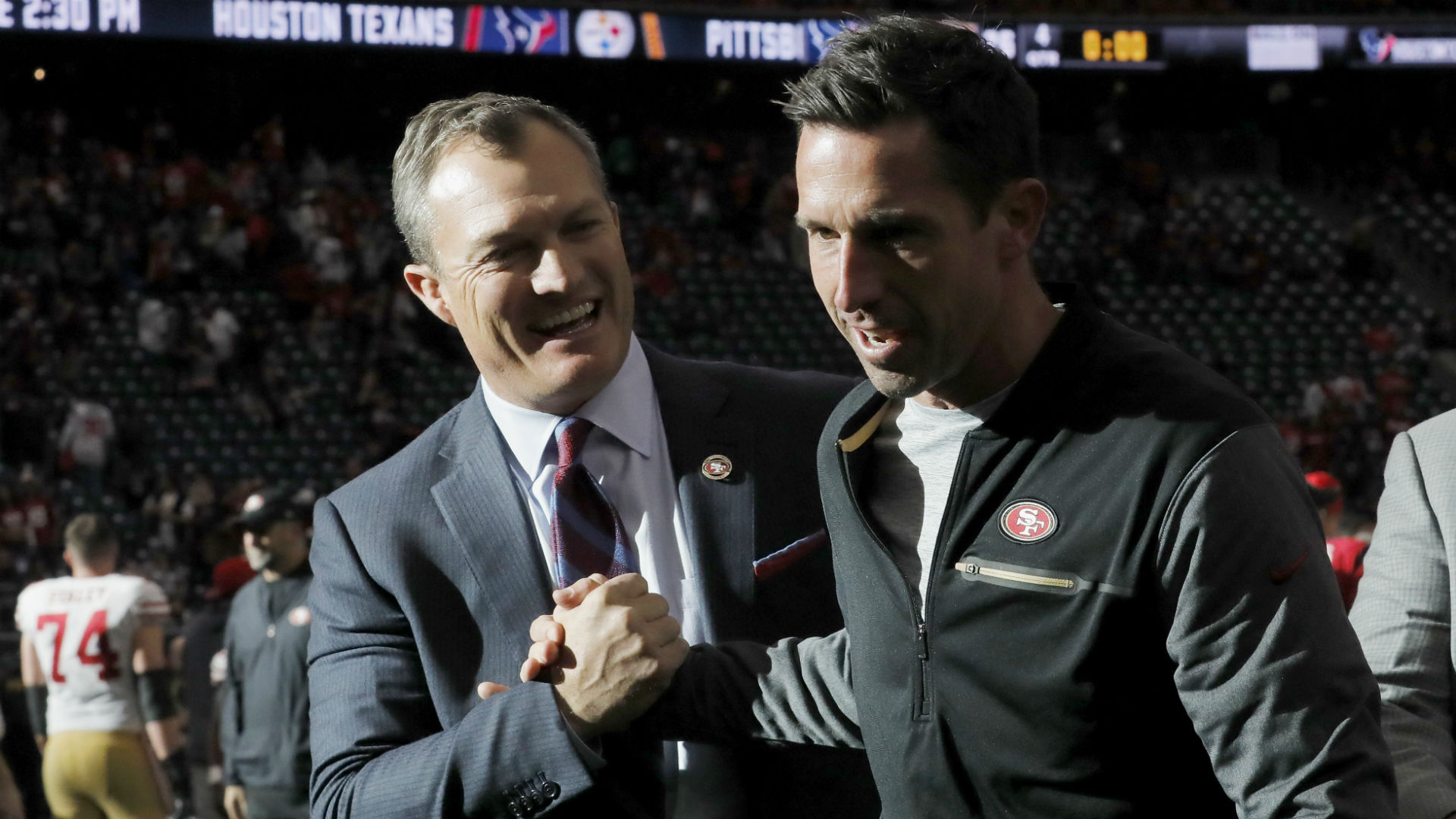 John Lynch threw the first punch of the draft cycle, trading two future first-round picks to the Dolphins for pick No. 3, delivering a haymaker to the draft order and starting up the rumor mill for this year’s draft.

Make no mistake, the 49ers traded up that much future draft capital to select their quarterback of the future, with fans and analysts wondering aloud: Who will the 49ers take? Will it be Alabama’s Mac Jones? Will Shanahan add the limitless potential of Justin Fields to his dynamic offense?

Those questions and more, answered soon. Here’s what San Francisco is working with in this year’s draft:

Here are the latest 2021 NFL Draft projections for the 49ers, according to Vinnie Iyer’s seven-round mock draft: