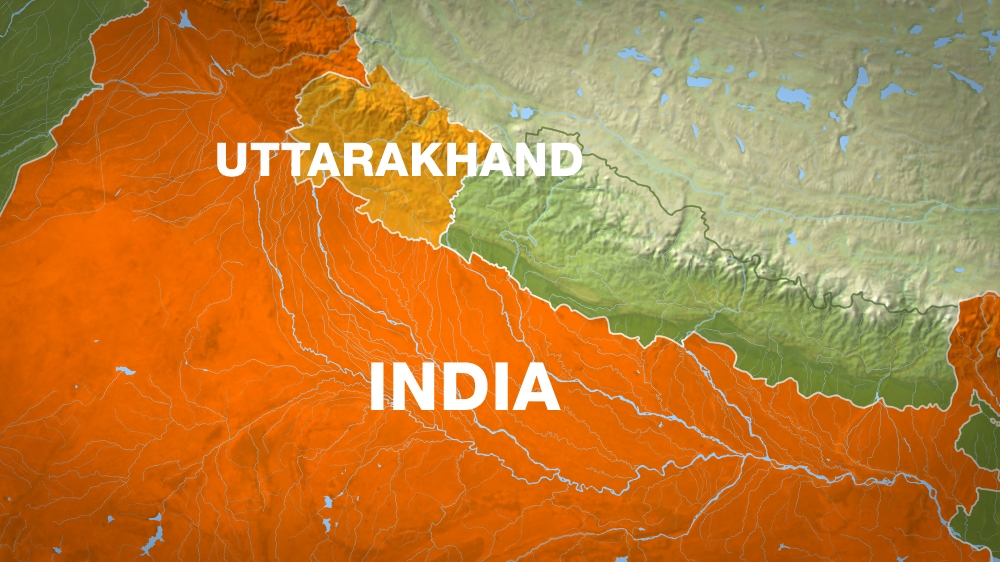 The army, quoted by local media, said victims and people rescued were labourers working on a road project.

At least eight people have died and 384 rescued after a glacier broke and triggered an avalanche close to the Indo-China border in the Indian state of Uttarakhand on Friday.

“Eight bodies have been recovered. Rescue operations are in progress,” a defence ministry official told reporters on Saturday, adding that six of those rescued were in critical condition.

The road access was cut off at four or five locations due to multiple landslides after the avalanche struck in Uttarakhand’s Chamoli district on Friday evening, the official said.

The army, quoted by local media, said the victims and those rescued were labourers working with the Border Roads Organisation (BRO) in the area.

According to The Times of India newspaper, the army statement said the incident took place approximately at 4pm (10:30 GMT) on Friday.

“An avalanche hit a location about 4km ahead of Sumna on Sumna-Rimkhim road in Uttarakhand,” it said.

“A BRO detachment and two labour camps exist nearby for road construction work along this axis. An Army camp is located three km from Sumna. The area has experienced heavy rains and snow since the last five days which is still continuing.”

Efforts are being made to revive the communication network as roads are closed due to heavy snowfall, Tirath Singh Rawat, chief minister of the state, said in a tweet after an aerial survey of the area.

In February, the breaking up of a glacier and ensuing landslides resulted in a flash flood that swept away two hydroelectric projects. More than 200 people were killed in the incident.