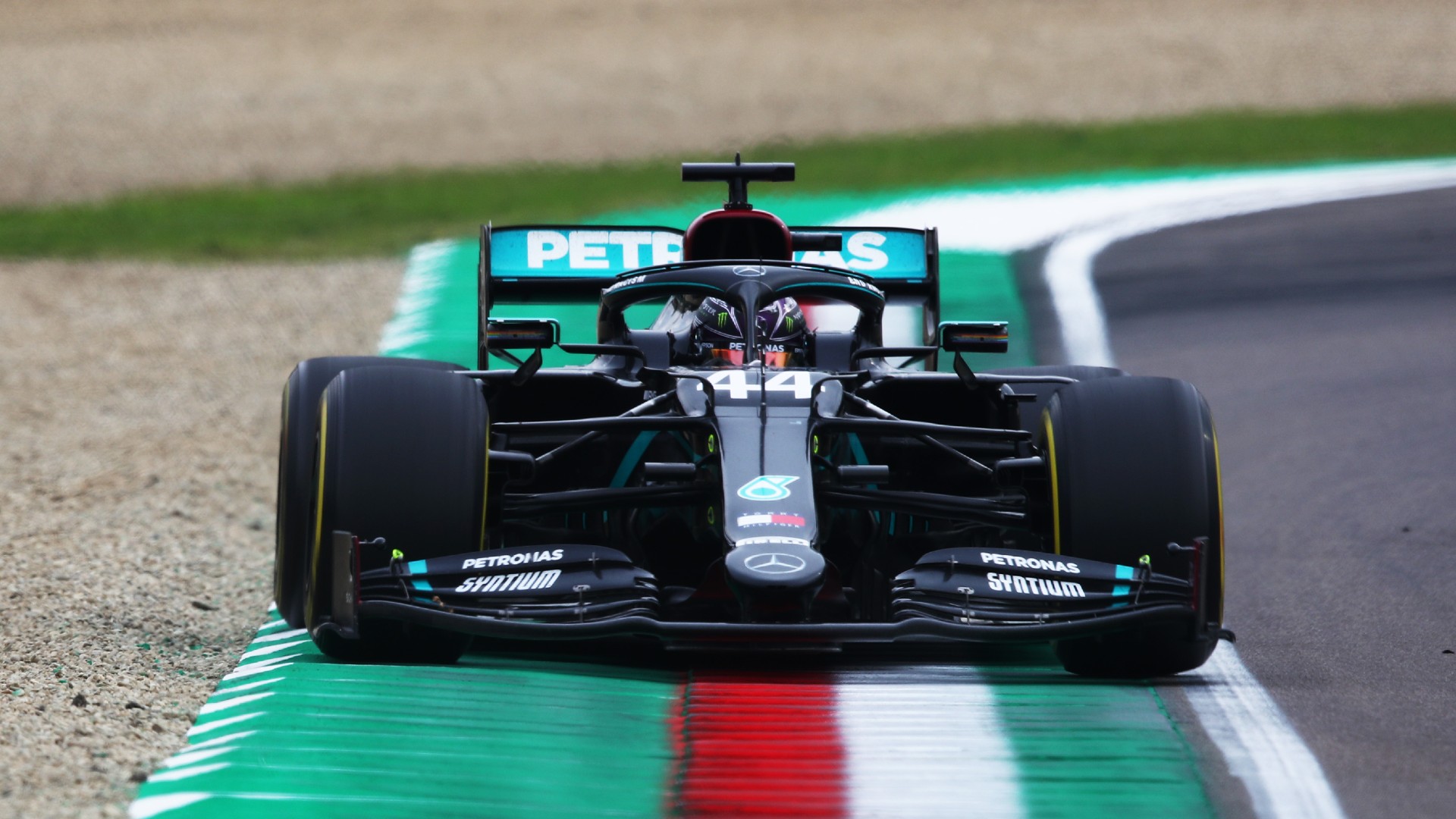 After a three-week early season hiatus, Formula 1 returns this weekend with the 2021 Emilia Romagna Grand Prix, the second running of the race after the circuit was reintroduced in the pandemic-shortened 2020 season. And we should be in for some fireworks.

A highly entertaining debut race at Bahrain featured an end-lap duel between Lewis Hamilton and Max Verstappen, with Hamilton just holding off Verstappen to take the checkered flag in the debut race of the season.

Hamilton’s win wasn’t without controversy, though: Verstappen passed Hamilton by exceeding track limits in the closing laps, with the Red Bull driver being forced to give up the spot to Hamilton by race control. Verstappen wasn’t pleased, but an advantage was gained. Rules are rules.

F1 drivers shift into gear in Italy this weekend as Hamilton looks to go back-to-back to start the season — and at the track.

Here’s what you need to know about the second race of the 2021 F1 season:

What channel is the F1 race on today?

The ESPN family of networks will broadcast all 2020 F1 races in the United States using Sky Sports’ feed, with a few races heading to ABC later in the season.

In addition, ESPN Deportes serves as the exclusive Spanish-language home for all 2021 F1 races in the U.S.

What time does the F1 race start today?

The 9 a.m. ET start time for Sunday’s race means the Emilia Romagna Grand Prix will start at 3:00 p.m. local time. The on-the-hour start time means lights out will likely take place at 9:05 a.m. ESPN’s pre-race show usually airs in the hour prior to the start of the race.

Below is the complete TV schedule for the weekend’s F1 events at the Sakhir Grand Prix. All times are Eastern.

For those who don’t have a cable or satellite subscription, there are four major OTT TV streaming options that carry ESPN — fuboTV, Sling, Hulu, YouTubeTV and AT&T Now. Of the four, Hulu and YouTubeTV offer free trial options.

Below are links to each.

For those who do have a cable or satellite subscription but are not in front of a TV, Formula 1 races in 2021 can be streamed live via phones, tablets and other devices on the ESPN app with authentication.

The Portuguese Grand Prix returns for its second-consecutive running after a 22-year absence. Also making its debut this year is the Saudi Arabian Grand Prix taking pace on the Jeddah Street Circuit, scheduled for December.