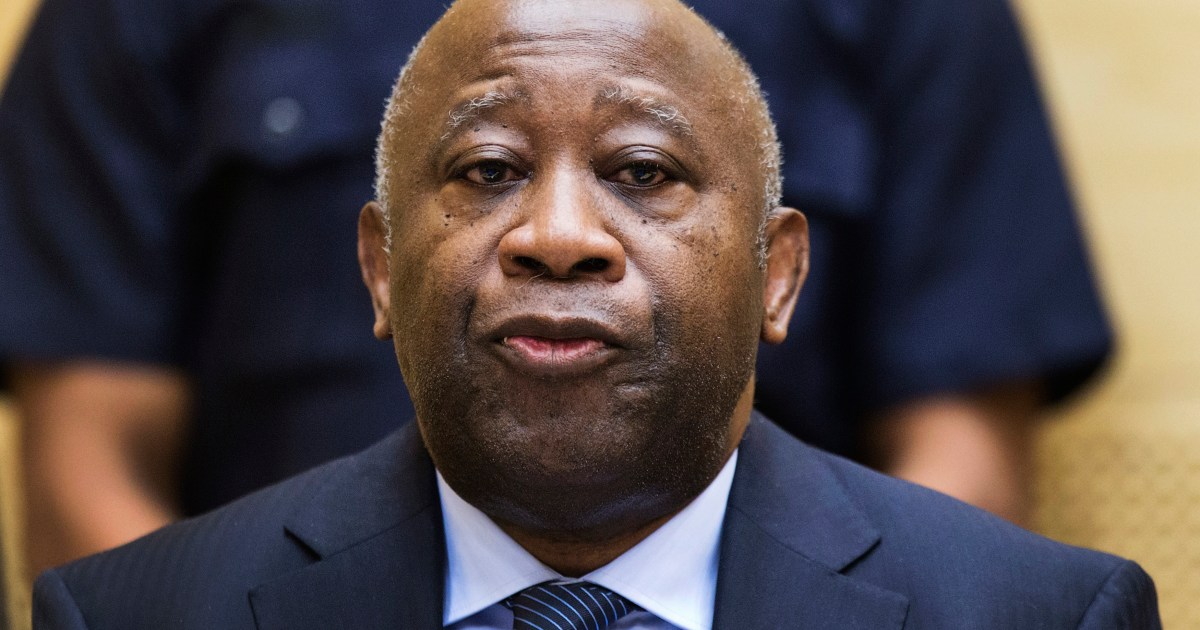 Ex-president and his youth leader can return when they want, Ouattara says after ICC upholds their acquittal.

Ivory Coast’s President Alassane Ouattara has said his predecessor Laurent Gbagbo and his youth leader Charles Ble Goude are “free to return to Ivory Coast when they want” after they were definitively acquitted of crimes against humanity.

Ouattara’s remarks on Wednesday came a week after the International Criminal Court (ICC) upheld Gbagbo’s acquittal, with appeals judges confirming that he was finally in the clear over a wave of post-electoral violence in 2010-11.

“Arrangements will be made so that Laurent Gbagbo can enjoy, in accordance with the laws in place, the advantages and allowances available to former presidents,” Ouattara said at the start of a cabinet meeting in Abidjan.

Gbagbo has been living in Brussels under the ICC’s orders since his release from detention in 2019.  Last week’s ruling definitively clears him of four charges of crimes against humanity, including murder, persecution and rape committed during the conflict.

The 75-year-old has retained strong support at home despite spending years behind bars in The Hague, and has been positioning himself for a potential comeback since last year.

Casting himself as a conciliatory figure, he warned of the risk of “catastrophe” in the face of rising tension as the country headed to presidential elections last year.

Many people died in unrest after Ouattara announced his bid for a third term, a plan that critics said scorned constitutional limits on presidential tenure. Ouattara maintained the two-term limit for presidents does not apply to him because of a constitutional referendum passed in 2016.

In the grim aftermath of a vote almost universally boycotted by the opposition, re-elected Ouattara tendered an olive branch to his former rival. He said Gbagbo had a role to play in reconciliation and provided him with two passports, one of them a diplomatic pass.

More than 3,000 people were killed in the civil war which followed Ivory Coast’s 2010 presidential election, when Gbagbo disputed the results that declared Ouattara the winner of the vote.

Gbagbo was hauled off to the ICC after being forced out of power in April 2011, becoming the first head of state to stand trial at the tribunal in The Hague.

Amnesty International West Africa researcher Michele Eken said after the acquittal that the victims “will be disappointed again today”.

Eken said the acquittal means “the court has held no one responsible for atrocity crimes committed during this period”, but Gbagbo’s supporters said it will heal the country’s wounds.

Technically, Gbagbo could be jailed on his return, having been sentenced in absentia to a 20-year jail term for “looting” the local branch of the Central Bank of the West African States during the conflict. Analysts say this scenario seems unlikely.

For his part, Ble Goude said last week he would ask the government if he could return, following a conviction in absentia in Ivory Coast.

“I’m Ivorian, I will go back home but only when the government will … give me the authorisation,” Ble Goude told reporters after his definitive acquittal.