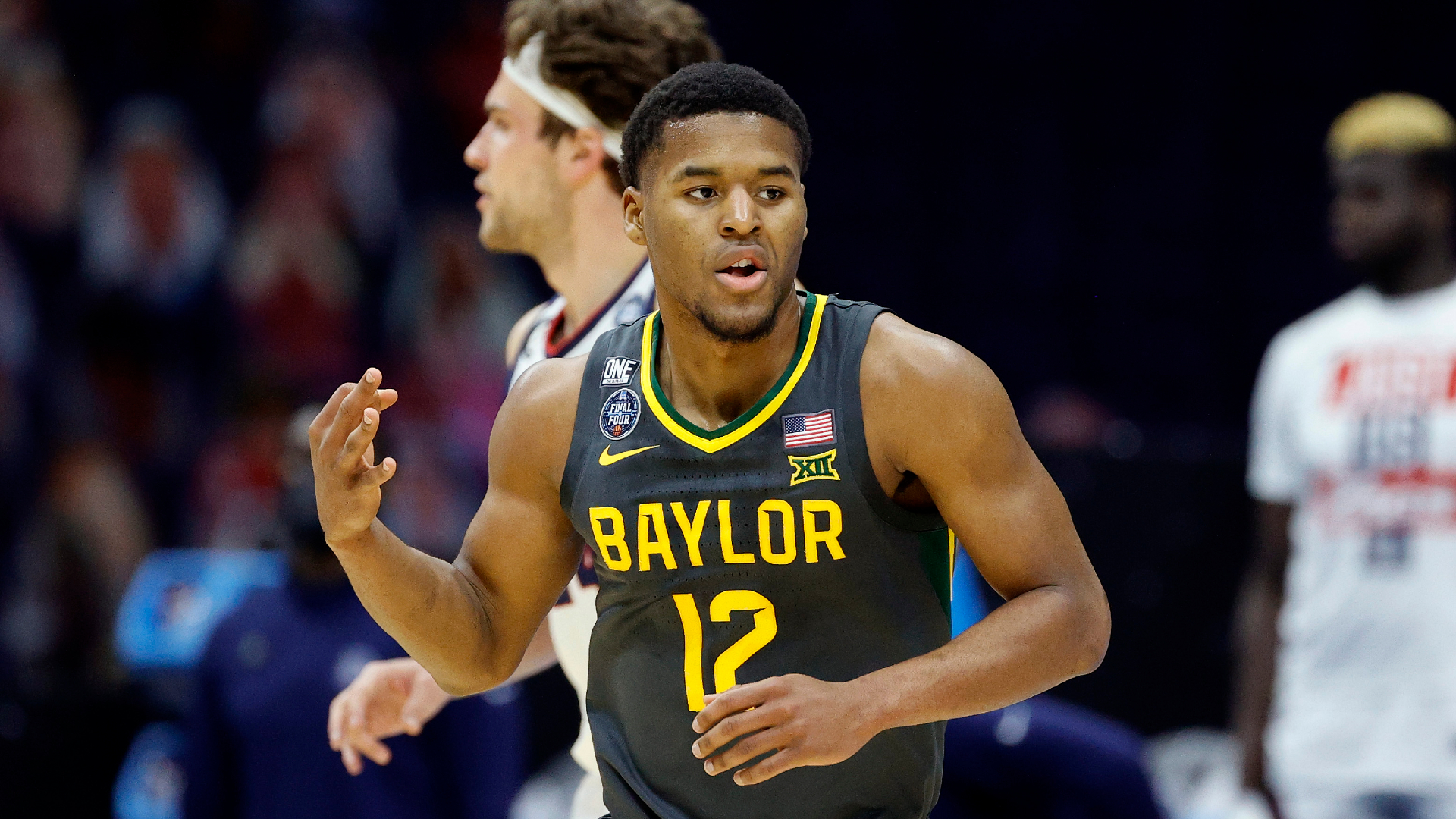 Monday’s national championship game between NCAA Tournament top overall seeds Gonzaga and Baylor was supposed to be an emphatic finish to the 2020-21 college basketball season.

Baylor, at least, kept up its end of the bargain; Mark Few’s Bulldogs, however, were wholly outmatched against the bigger, more physical Bears team in the 86-70 loss, denying them an undefeated season.

The Bears continued their defensive dominance — which they displayed against Villanova and Houston — against the Bulldogs, holding all but two of their starters (Jalen Suggs and Joel Ayayi) to under 50 percent shooting. They also dominated on the boards, out-rebounding Gonzaga 38-22, including 16-5 on offensive rebounds and 22-17 on defensive boards.

Gonzaga might have been able to keep the game closer even with its shooting issues, but Baylor also showed up in a big way on offense. Jared Butler set the tone for the Bears with a 22-point, seven-assist night on 6-of-14 shooting (including 4 of 9 from 3). Davion Mitchell had 15 points, five assists and six rebounds. MaCio Teague was also excellent, scoring 19 points on 8-of-15 shooting. Adam Flagler added 13 points off the bench, shooting 3 of 6 from the field and 3 of 4 from 3.

Credit to Gonzaga, which withstood an early 9-0 deficit and overcame a 19-point lead by the Bears to get it back within single digits in the second half. Suggs led the way for Gonzaga, scoring 22 points on 8-of-15 shooting. Drew Timme and Corey Kispert also scored 12 points apiece in the losing effort.

11:23 p.m.: Mitchell powers his way for another layup to make it 84-65. Just complete destruction by the Bears.

11:15 p.m.: There’s another steal by the Bears, their seventh of the game. It’s 80-63 Baylor approaching the final media timeout.

11:13 p.m.: Ayayi is hurt after he and Timme both go for the same offensive rebound. He’s favoring his right leg and limping off the court.

11:05 p.m.: Mitchell is called for his second foul, though it looks like it should have been an arrow situation. Either way, Gonzaga will shoot two out of the break (7:42).

11:03 p.m.: And now Thamba’s fouled out on the offensive rebound attempt. Vital gets his third on the other end.

11:03 p.m.: Timme’s on the sideline taking medicine and getting his left hip stretched.

11:01 p.m.: Another example in the “Baylor is physically manhandling Gonzaga” show: The Bears are out-rebounding them 28-17.

10:57 p.m.: And there’s Timme’s fourth foul on an offensive charge on the other end. He has 12 points and is heading to the bench.

10:48 p.m.: Incredible sequence for Baylor there. Vital blocks the shot on the one end and Flagler scores a 3 on the other. That makes it 67-51 Baylor; they’re not letting up off the gas.

10:44 p.m.: Tchatchoua gets a massive alley-oop dunk to make it 58-46 out of the timeout. Gonzaga is asleep defensively.

10:37 p.m.: Suggs gets an and-one opportunity. Thamba heads to the bench with his fourth personal foul. Suggs misses the free throw to make it 56-45 Bears.

10:36 p.m.: Kispert seems to have a stinger after fouling Thamba. He’s exiting the game to be looked at by trainers. Thamba hits the end of a pair to make it 56-43 Bears.

Butler and Teague are the scoring leaders for Baylor, scoring 10 and 14 points, respectively. Butler also has four assists. Timme (10 points) is the only player in double-digit scoring for Gonzaga. Kispert, Suggs and Nembhard have seven points apiece.

10:11 p.m.: And they sink it with 2 seconds left; Nembhard dishes to Anton Watson for the finish to make it 47-37 Baylor at the half. The Zags had a 9-2 run at the end of the half, including the last five points.

10:10 p.m.: Mitchell has a shot clock violation with 6.7 seconds left in the half. Last shot for Gonzaga to get back within double digits before the half.

10:09 p.m.: Suggs gets an and-one opportunity; Vital gets his second foul, and now foul concern is serious for Baylor. Suggs makes the shot to make it 47-35 with 38.4 left in the half.

9:53 p.m.: Another turnover, this one by Suggs, leads to fastbreak points for Baylor on the other end. Bears have 13-0 points off turnovers as part of their 33-14 lead.

9:49 p.m.: Timme is called for an offensive foul; meanwhile, Gonzaga has seven turnovers to Baylor’s two. They’re getting manhandled in every sense of the word.

9:39 p.m.: Baylor forces three turnovers on Gonzaga, two of which came from Timme. Baylor has zero to Gonzaga’s five.

9:37 p.m.: Uh-oh. Baylor forces the turnover, and Adam Flagler scores a 3 on the other end. That makes it 21-6 Baylor — the largest deficit for Gonzaga all season.

9:33 p.m.: Mitchell and Butler retaliate with a jumper and 3-point to make it 16-4 Baylor. Bulldogs have no answer for them defensively yet. They have seven points apiece. Gonzaga timeout (14:25).

9:26 p.m.: Suggs is hit with his second foul before the media timeout. He has zero points.

9:25 p.m.: And another Butler drive makes it 9-0 Bears, giving them the biggest lead over the Zags all tournament.

9:23 p.m.: And now a bucket by Butler to make it 4-0 Baylor; Vital gets his third offensive board of the game. The Bears are out-rebounding Gonzaga 4-0 early.

9:22 p.m.: Vital misses a couple of easy layups, but Mitchell gets the jumper with Ayayi in defense to make it 2-0 Baylor.

The national championship game between Gonzaga and Baylor is scheduled to tip-off at 9:20 p.m. ET on Monday, April 5.

What channel is Gonzaga vs. Baylor on?

CBS, which has exclusive broadcast rights for the 2021 Final Four, will broadcast Gonzaga vs. Baylor.