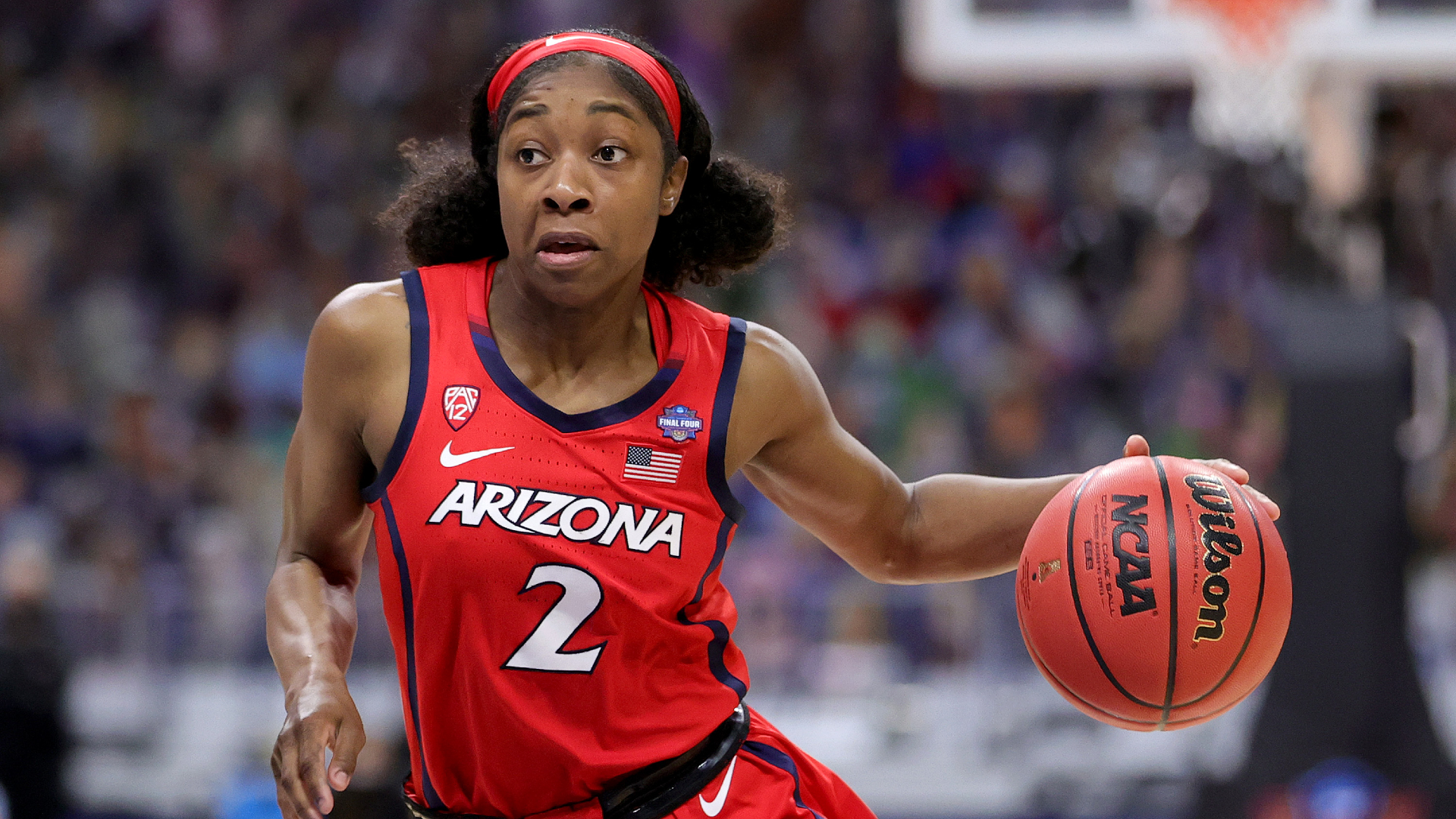 Aari McDonald and Arizona’s run at history fell just short against Stanford in the NCAA Women’s Tournament on Sunday.

Or, rather, just a hair too far.

The 3-seed Wildcats forced a shot clock violation on 1-seed Stanford’s final possession of the national championship game, giving the upstart Wildcats — who had lost to the Cardinal twice previously this season — a chance to win on the final possession of the game. And there was no player whom Arizona coach Adia Barnes wanted to have the ball more than McDonald, who had a game-high 22 points, three rebounds, two assists and two steals.

McDonald took the inbounds pass with her team down 54-53 and 6.1 seconds remaining on the clock. She quickly found herself swarmed by four Stanford defenders and unable to pass the ball to her teammates. Even still, she got a chance to put up a fadeaway, buzzer-beating 3-pointer:

McDonald should feel no shame, though. She put up Most Outstanding Player numbers during the tournament: 22 points against Stanford, 26 points vs. UConn, 33 points vs. Indiana and 31 points vs. Texas A&M. The way in which Arizona lost is obviously disheartening, but McDonald seemed to take it in stride when talking to reporters postgame:

“What I’ll remember most is this ride. We had a great run in this NCAA Tournament,” she said (via USA Today’s Nancy Armour). “We accomplished a lot that many didn’t think we could do.”

Mayor has not accepted officer’s resignation yet