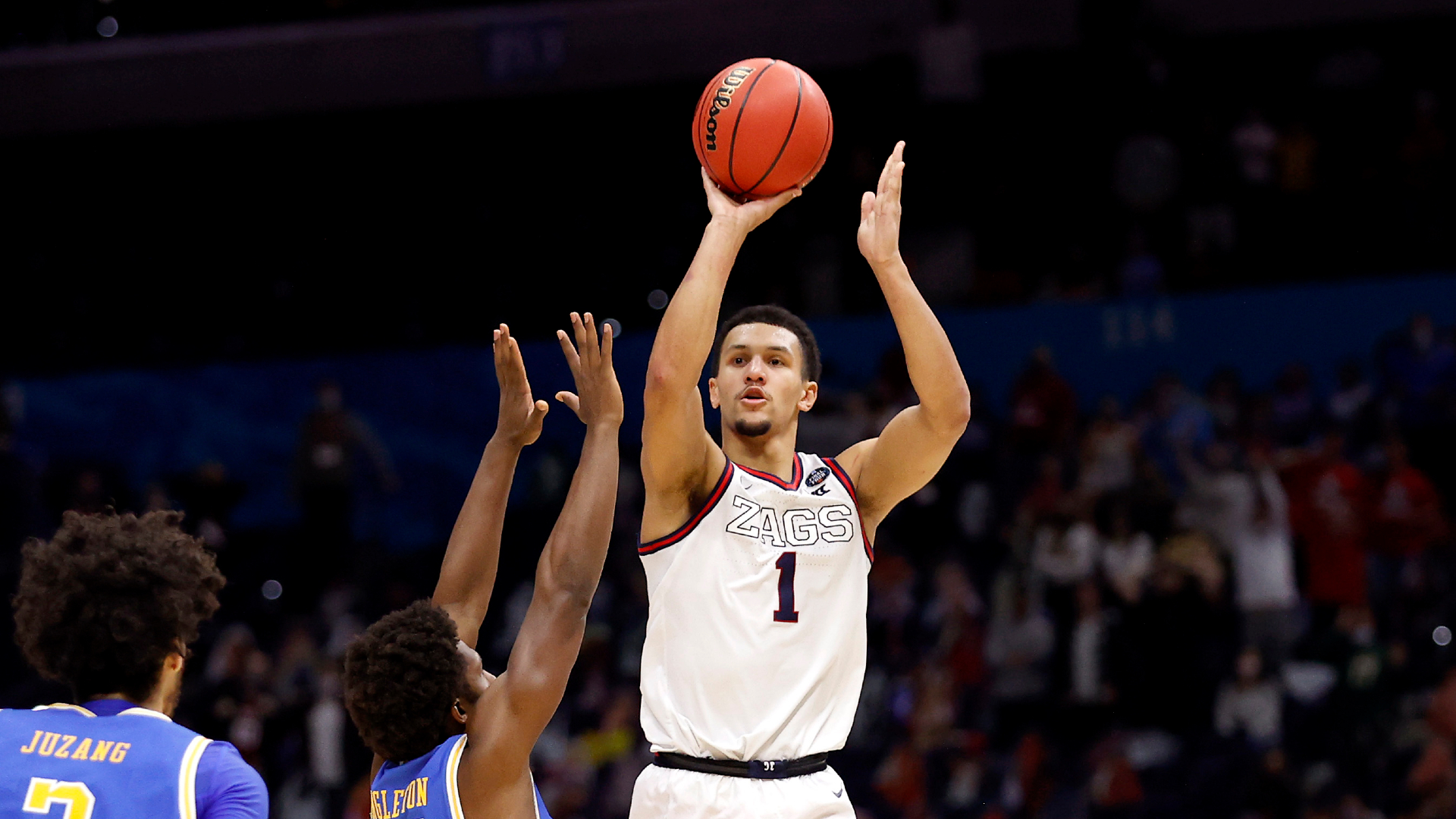 The shot became a classic as soon as it dropped through the hoop. Jalen Suggs banked in a desperation 3-point at the end of overtime Saturday night to send undefeated Gonzaga to the men’s national championship game.

Suggs’ heave gave the Bulldogs, the top overall seed in the tournament, a 93-90 overtime win over 11-seed UCLA — and a date with Baylor in the title game Monday night in Indianapolis. It also set off a Twitter frenzy as everyone rushed to marvel at the shot and the game.

One interested party had a unique perspective: former Zags star Adam Morrison, whose tearful reaction to UCLA beating his Gonzaga squad in the 2006 Sweet 16 has stuck to him. Morrison was the analyst on the Gonzaga radio broadcast Saturday night.

TAKE THAT UCLA! These are tears of joy this time. #Gonzaga

Gonzaga fans and the rest of Twitter were just stunned.

I said SUGGS about to hit this as soon as he crossed half court. GAME!!

OMG I still can not believe this instant classic we just watched Tonight demonstrated what is defined as @marchmadness Just an amazing competition & a salute to both teams for playing their hearts out for 45 minutes . @Gonzaga truly SURVIVES & ADVANCES !

“WHAT A SHOT” and “ARE YOU KIDDING ME?” are trending.