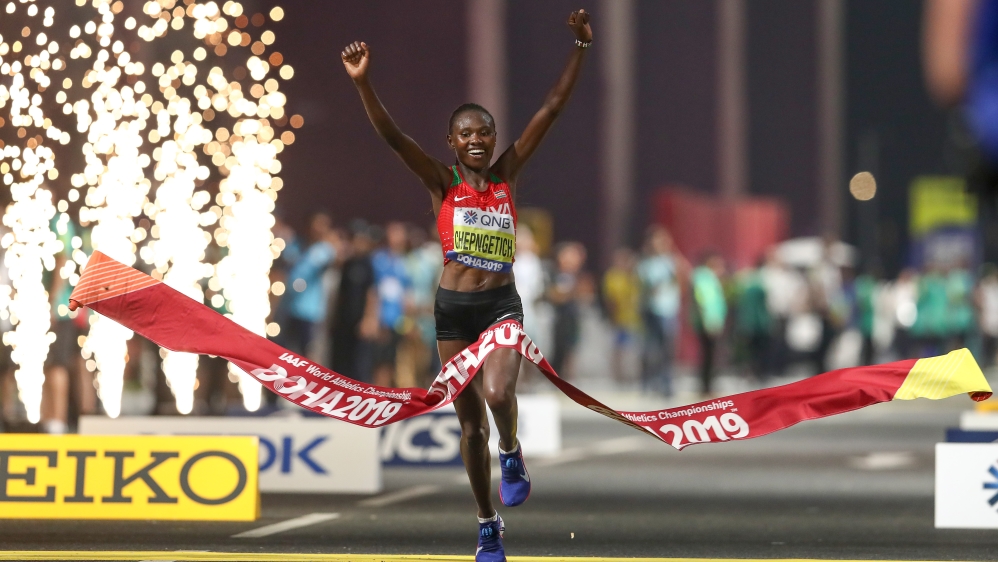 In Istanbul, Kenya’s world marathon champion sliced almost half a minute off the previous best mark.

Kenya’s Ruth Chepngetich has smashed the women’s half-marathon world record in a time of one hour, four minutes and two seconds.

On Sunday, the marathon world champion sliced almost half a minute off the previous best mark of 1:04:31, set by Ethiopia’s Ababel Yeshaneh in February last year.

Chepngetich, 26, was followed across the line in Istanbul by Ethiopian Yalemzerf Yehualaw (1:04:40) with Kenya’s Hellen Obiri third (1:04:51) – the fastest debut half-marathon in history.

Ruth Chepngetich smashes the world half marathon record in 1:04:02. pic.twitter.com/qQ7HC0LZM1

Winning the race for a third time after 2017 and 2019, she pulled clear of Yehualaw in the final stages to seal her place in the record books.

This was the first time three women have finished inside 65 minutes in a single half-marathon.

World record-holder Kibiwott Kandie won the men’s race in a course record of 59 minutes and 35 seconds.

Kandie held off the challenge of compatriot Geoffrey Kamworor to claim victory by three seconds, with Roncer Kipkorir finishing third.