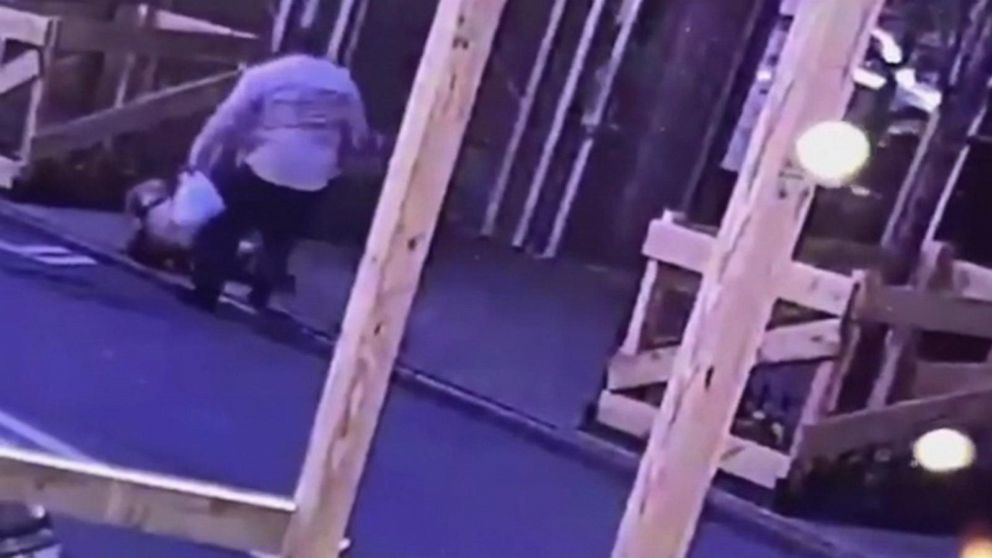 New York City police are asking for the public’s help in finding a man wanted for yelling anti-Asian slurs at a 44-year-old woman and her three children, spitting at her and kicking her cellphone off a subway train

NEW YORK — New York City police asked for the public’s help Saturday in finding a man wanted for yelling anti-Asian slurs at a 44-year-old woman and her three children, spitting at her and kicking her cellphone off a subway train.

Authorities described the suspect as a dark-skinned man who is 50 to 55 years old, about 6 feet (1.8 meters) tall and about 150 pounds (68 kilograms). He was last seen wearing a dark camouflage sweater, dark sweatpants and black sandals. Police said he was wearing a black sock on his left foot and a white sock on his right foot.

The woman was riding a southbound No. 5 train headed to Times Square with her three children at about 2:30 p.m. Tuesday when the man yelled anti-Asian slurs at them, spit twice in her direction and knocked her cellphone out of her hand, police said. The man then kicked the phone out the train’s back door and onto the tracks before fleeing on West 41st Street, authorities said.

The woman was taken to a hospital in stable condition for observation, officers said.

Anyone with information about the incident is urged to call New York City police.

The attack was among the latest in a national spike in anti-Asian hate crimes. Also near Times Square last week, a 65-year-old Filipina American woman was viciously assaulted while walking to church. A parolee convicted of killing his mother nearly two decades ago was charged with assault and attempted assault as hate crimes.