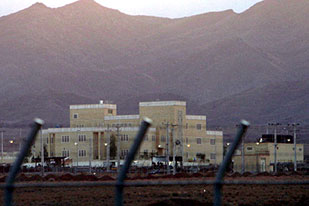 The step-by-step approach previously proposed by Iran is now off the table as it says it will only accept a full removal of US sanctions.

Tehran, Iran – Iran’s foreign ministry has said there will be “no step-by-step plan” to lift layers of American sanctions and restore the country’s 2015 nuclear deal with world powers.

“The definitive policy of the Islamic Republic of Iran is the lifting of all US sanctions,” foreign ministry spokesman Saeed Khatibzadeh told state-run PressTV on Saturday.

He said that includes all sanctions imposed and reimposed by former US President Donald Trump.

Trump in 2018 unilaterally abandoned the nuclear deal, also signed by China, Russia, Germany, France, and the United Kingdom, and imposed harsh economic sanctions that have only escalated since.

The Iranian foreign ministry spokesman’s comments come as US State Department deputy spokeswoman Jalina Porter said on Friday the focus of in-person talks in Vienna next week on reviving the nuclear deal would be on “the nuclear steps that Iran would need to take in order to return to compliance”.

Iran had previously said it was open to a step-by-step approach, but changed its position after US President Joe Biden refused to lift any sanctions for months, insisting Iran would need to act first to come back into full compliance with all its commitments under the deal.

Supreme Leader Ayatollah Ali Khamenei has since said Iran’s “definitive policy” on the nuclear deal is the US will need to lift all sanctions, after which Iran will “verify” their lifting and reduce uranium enrichment and remove the several cascades of advanced centrifuges it has deployed.

Iran is “in no hurry” to have sanctions lifted, the supreme leader has said.

“In our view, there is no step-by-step plan. We only have a final step that the US needs to take to lift the sanctions it has imposed, reimposed, or relabelled during the past four years. We will verify and then Iran will return to its commitments,” he said.

Foreign Minister Mohammad Javad Zarif also said on Friday there will be no direct or indirect meetings between Iran and the US during the Vienna talks, calling it “unnecessary”.

He said in a tweet the aim of the talks will be to “rapidly finalise sanction-lifting and nuclear measures for choreographed removal of all sanctions, followed by Iran ceasing remedial measures”.

Last week, President Hassan Rouhani said Iran has seen “no serious efforts” from the US to lift sanctions.

“The Americans are lying that they require time [to lift sanctions]. They can do it in an hour and we will only need a moment. There are a few screws we need to twist and untwist,” he said.