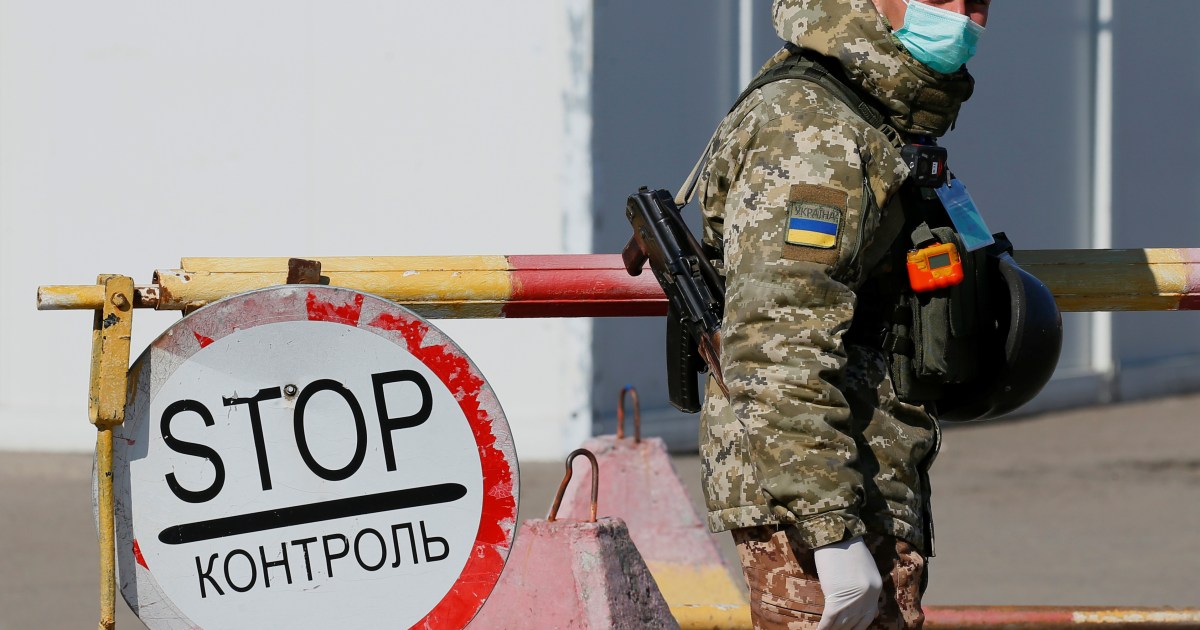 Moscow will act to ‘ensure its security’ if the alliance intervenes in the conflict, which has seen fresh fighting.

Russia has warned NATO against deploying troops to Ukraine, saying such a move would escalate tensions nears its borders, amid renewed fears over the region’s long-simmering conflict.

Moscow’s comments came after NATO voiced concern on Thursday over what it said was a large Russian military build-up near eastern Ukraine, with leading member the United States pledging to stand by Ukraine in the event of any Russian “aggression”.

Renewed front-line clashes have gripped the region in recent weeks.

Russia earlier said an escalation in the conflict in Ukraine’s Donbass region could “destroy” Ukraine.

Kremlin spokesman Dmitry Peskov told reporters on Friday that the situation at the contact line in eastern Ukraine between Ukrainian government forces and Russian-backed separatist forces was concerning, and that multiple “provocations” were taking place there.

Peskov also said Russia would be forced to respond if NATO troops were deployed to Ukraine as he insisted Russia was not threatening Ukraine.

“There is no doubt such a scenario would lead to a further increase in tensions close to Russia’s borders. Of course, this would call for additional measures from the Russian side to ensure its security,” he said, without specifying which measures would be adopted.

“Russia is not threatening anyone, it has never threatened anyone.”

Ukraine has been battling pro-Russian separatists in the eastern Donetsk and Lugansk regions since 2014, following Moscow’s annexation of the Crimean peninsula after an uprising that toppled Ukraine’s Kremlin-friendly President Viktor Yanukovych.

Moscow and Kyiv this week blamed each other for a rise in violence that has undermined a ceasefire brokered last year.

Peskov’s comments came after the US warned Russia against “intimidating” Ukraine, with both Defence Secretary Lloyd Austin and Secretary of State Antony Blinken calling their Ukrainian counterparts to stress support.

The Pentagon said earlier this week that US forces in Europe had raised their alert status following the “recent escalations of Russian aggression in eastern Ukraine”.

Ukrainian President Volodymyr Zelenskyy on Thursday accused Russia of massing troops on the border and said 20 Ukrainian servicemen had been killed since the start of the year.

Ukraine’s military intelligence accused Russia of preparing to “expand its military presence” in the separatist-controlled regions.

Moscow has repeatedly denied sending troops and arms to support the separatists. The Kremlin has said that Russia is at liberty to move troops on its own territory.

“Russia is not a participant of the conflict,” Peskov said on Friday, accusing Ukraine’s armed forces of “multiple” provocations in the region.

A senior Russian official also dismissed reports of a plan to attack Ukraine as “fake”.

To date, the fighting in the region has killed more than 13,000 people, according to the United Nations.