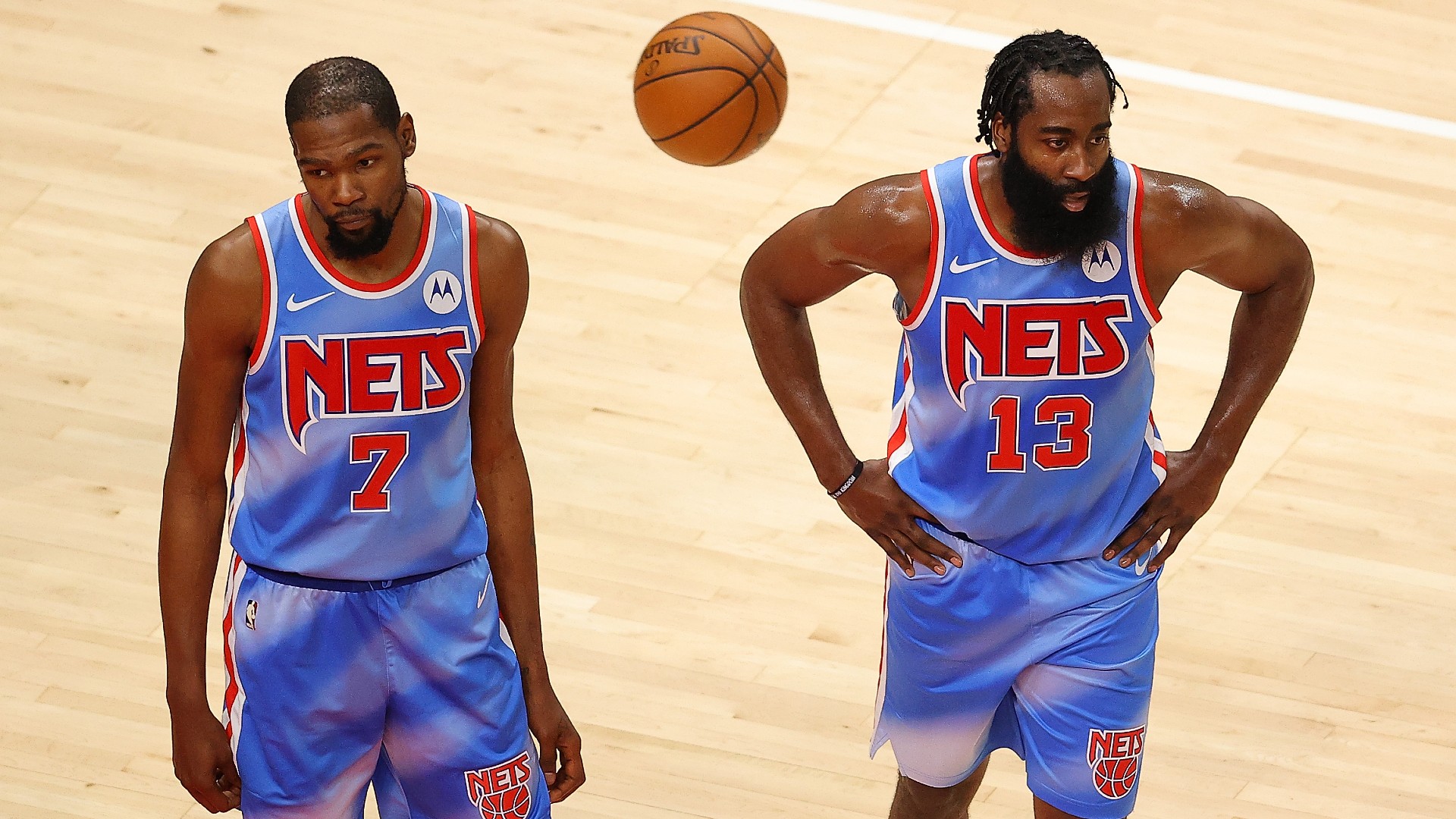 The Nets haven’t really been able to put their full team together this season. And yet, heading into Thursday night’s game against the Hornets, they stand alone atop the Eastern Conference.

More than halfway through the 2020-21 campaign, Brooklyn is the No. 1 seed in the East with a 33-15 record, including an impressive 14-4 mark against teams above .500. The Nets have won 17 of their past 20 games despite key players sitting out part or all of the stretch.

Nets star Kyrie Irving, who recently missed three games because of a family issue, will be available Thursday, but he won’t be joined by the other members of Brooklyn’s “Big Three.” Kevin Durant and James Harden have both been ruled out with injuries.

What’s going on with each player? Here are the latest updates on Durant and Harden.

Why is Kevin Durant out vs. Hornets?

Durant is still recovering from a hamstring injury that has kept him on the bench since mid-February. The Nets are (understandably) being cautious with the former MVP, but Durant is “closing in on a return to the floor,” The Athletic’s Shams Charania reports.

“His return is coming closer. I’m told if this were the playoffs, Kevin Durant would have been on the floor by now,” Charania said during a video segment for Stadium. “But the Nets are being very cautious. They want to make sure that his ramp-up is done the right way. I would expect next week to be the start of a timeline for his return to the floor.”

In 19 games this season, Durant has averaged 29.0 points, 7.3 rebounds and 5.3 assists per game. He missed the entirety of last season as he recovered from an Achilles injury.

Why is James Harden out vs. Hornets?

Harden left Wednesday night’s game against the Rockets with what the Nets called “right hamstring tightness.” That sounded a bit concerning given how long Durant has been out, but Harden is “expected to be day-to-day,” per Charania.

“The positive news right now for the Nets is this is not believed to be a long-term issue. He’s going to be day-to-day,” Charania said. “As far as a return — considering the Nets and how they operate — they will make sure he is 100 percent, fully healthy, his ramp-up’s done the right way before he returns from any type of a hamstring issue.”

Since being traded from Houston to Brooklyn, Harden has emerged as an MVP candidate, averaging 26.1 points, 11.2 assists and 8.9 rebounds per game.

The Nets will also be without Blake Griffin, who is sitting the second night of a back-to-back. Newly signed big man LaMarcus Aldridge is expected to make his Brooklyn debut, as he is not listed on the team’s injury report.