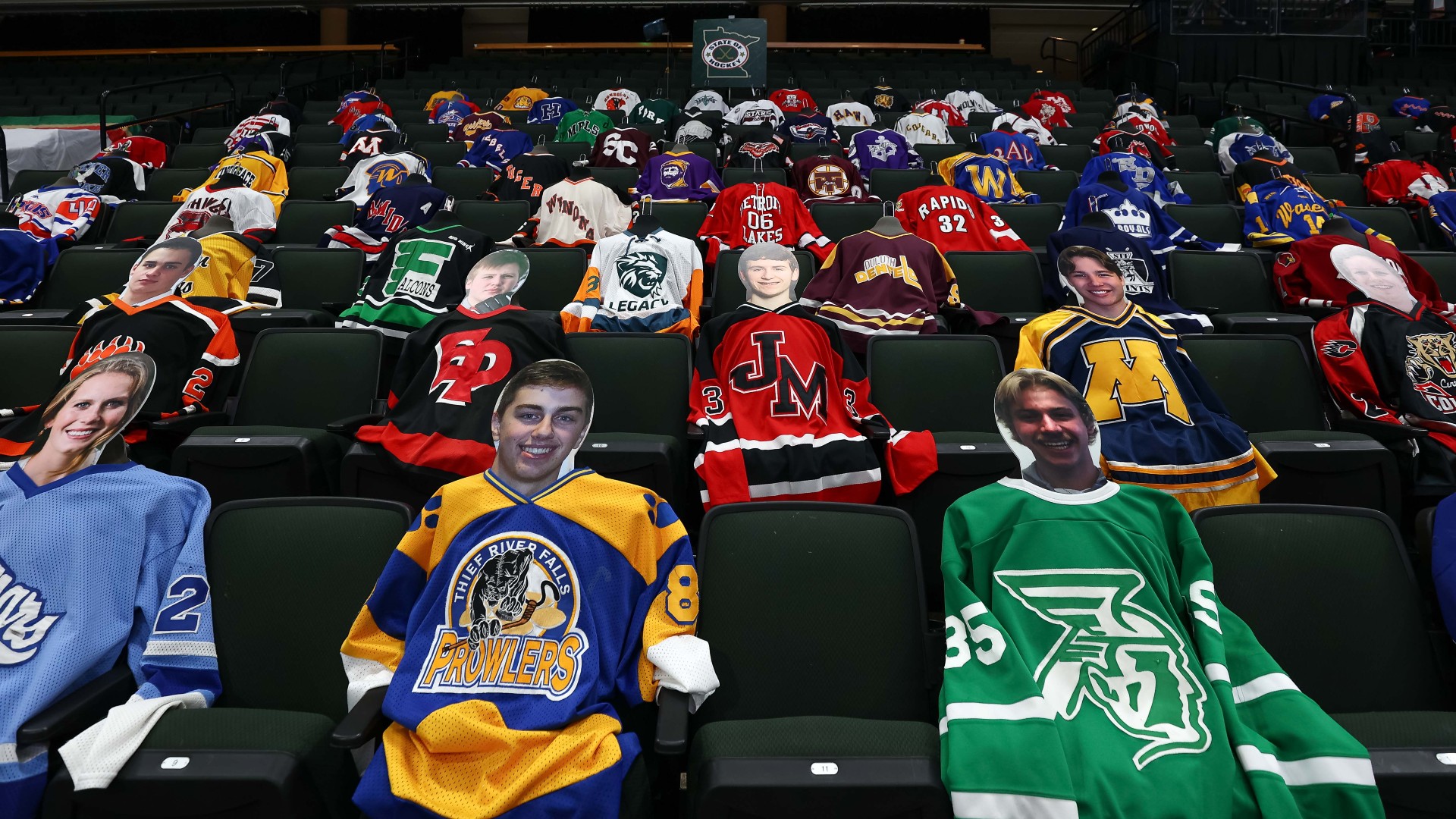 Things are a little different these days in sports, but one thing remains consistent — Minnesota’s annual Boys’ Hockey State Tournament. This year’s event — which crowns two state champions — begins Tuesday in the State of Hockey.

While 2020 Class A champion Mahtomedi is not back, 2020 Class AA champion Hill-Murray is. Eden Prairie, which lost in last year’s championship game to Hill-Murray (and which also lost in the 2019 title game to Edina) is looking for its first state title since 2011.

What can we expect from this year’s show is still to be determined with COVID-19 impacting teams, but one thing is certain — the flow should be epic as always. The Minnesota state tournament is well known for its hairstyles revealed during pregame introductions.

Here’s everything you need to know about the 2021 tournament.

What is the Minnesota Boys’ Hockey State Tournament?

The Minnesota State High School League (MSHSL) is made up of almost 200 schools, but only 16 teams advance to the state tournament via two classes: Class A and Class AA.

At the completion of the regular season, schools play in sectionals and the winning schools of each section — eight apiece for Classes A and AA — are then reseeded for the right to play for the state championship that is occurring this week.

Where is the 2021 Minnesota Boys’ Hockey State Tournament?

Once again, the tournament will take place in St. Paul, Minn., at Xcel Energy Center, which is the home of the NHL’s Minnesota Wild. The arena has hosted the event since 2000.

When will the 2021 Minnesota Boys’ Hockey State Tournament take place?

This year, the tournament runs from Tuesday, March 30, to Saturday, April 3, with the championship games for Class A and Class AA on the final day.

What channel is the 2021 Minnesota Boys’ Hockey State Tournament being aired on?

Will fans be allowed at the 2021 Minnesota Boys’ Hockey State Tournament?

Because of the ongoing COVID-19 pandemic, the general public and season-ticket holders will not be allowed to attend games in 2021. Schools will receive a limited number of tickets and everyone in attendance will be required to undergo screening at the venue. Once inside, all spectators are required to wear masks and maintain social distancing.

Which schools are playing in the 2021 Minnesota Boys’ Hockey State Tournament?

How has COVID-19 impacted the 2021 Minnesota Boys’ Hockey State Tournament?

Class A No. 1 seed Hermantown will be suiting up members of its junior varsity squad this week. The school was informed that a number of its varsity players must quarantine after being deemed close contacts following their semifinal game against Virginia last Tuesday. Leading scorer Zam Plante, who missed the game because of injury, is expected to play in the team’s quarterfinal matchup.

On March 29, Hill-Murray, the No. 2 seed in Class AA, announced it also had varsity players who potentially were exposed to the virus by an opponent.

We’re working with the MN Dept. of Health and the MN State High School League to determine the eligibility of our boys varsity hockey players following a potential COVID exposure with an opposing player.

We hope our boys will be playing in the State Tournament this week.

The following day, Hill-Murray was forced to forfeit its game.

Lakeville South’s captain is ranked a “C” by the NHL’s Central Scouting for the 2021 draft. This season, he has 19 goals and 16 assists in 20 games skating on the school’s top line.

One of eight Mr. Hockey finalists in the tournament (the award is given to the state’s most outstanding senior high school boys player), Batchelder skates on Eden Prairie’s top line and has more than twice as many points (52) as games played (21) in 2020-21. He also played in four NAHL games with New Mexico. He is a member of Eden Prairie’s leadership group.

Drafted in 2020 by the Vegas Golden Knights in the third round (91st overall), the Cadets captain is off to the University of Michigan in the fall. The Mr. Hockey finalist comes in with 41 points (17 goals, 24 assists) in 20 games this season. He potted eight points in nine games with the USHL’s Green Bay Gamblers.

A key member of Eden Prairie’s defense alongside Mittelstadt, Langenbrunner was selected in the fifth round (151st overall) by the Boston Bruins in last October’s NHL Draft. He has 29 points in 21 games in high school play. He skated in four games with the USHL’s Sioux City Musketeers.

Mittelstadt, the younger brother of Sabres prospect Casey Mittelstadt, is a 2021 Mr. Hockey finalist who is headed to the University of Minnesota in the fall. He has 30 points in 21 games from the blue line (nine goals, 21 assists). He also played in six games with the USHL’s Lincoln Stars before the high school season began. He is the highest-rated player for the 2021 draft in the tourney; NHL Central Scouting rates him as a player who could be drafted in the second or third round (“B” rating).

Another Mr. Hockey finalist, Nelson is rated a “C”-level draft prospect (fourth to sixth round). A blue-liner with a strong offensive game, he has notched 43 points in 21 games for Maple Grove.

Palodichuk is a strong defenseman and, like Nelson, is a Mr. Hockey finalist who’s rated a “C” by Central Scouting. He played in 10 games with Bismarck of the NAHL and has 33 points in 20 games with Hill-Murray as the team’s captain. There is a chance Palodichuk won’t see action in the tournament because Hill-Murray is still trying to figure out which players it needs to quarantine.