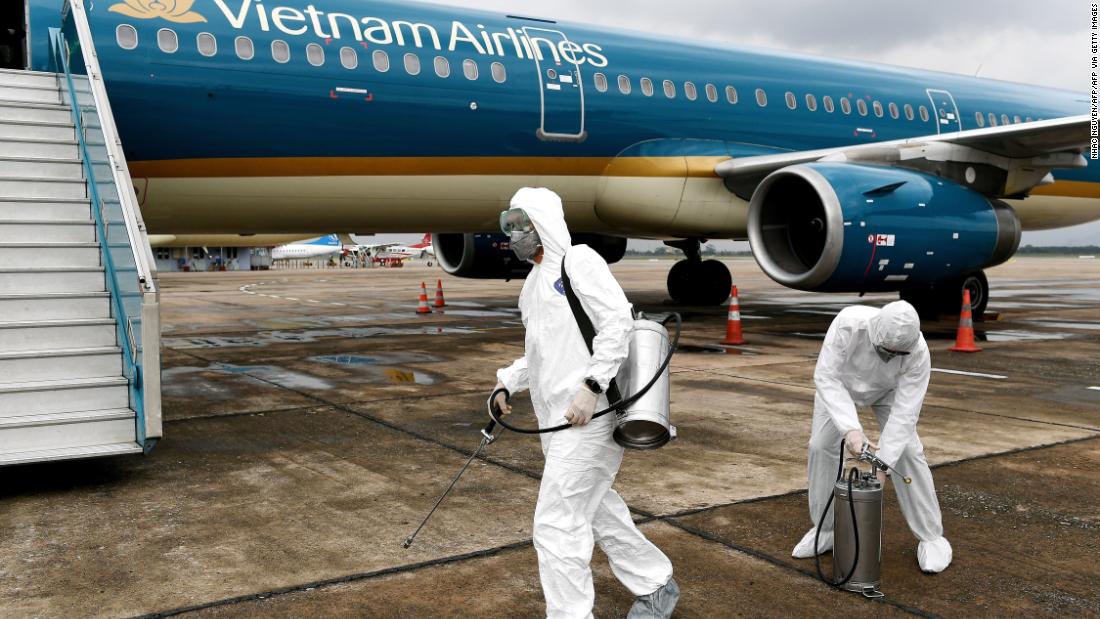 Hanoi, Vietnam (CNN) — A court in Vietnam handed a two-year suspended jail term to a Vietnam Airlines flight attendant on Tuesday after finding him guilty of breaking Covid-19 quarantine rules and spreading the virus to others, police said.

Duong Tan Hau, 29, was convicted of “spreading dangerous infectious diseases” at the one-day trial at the People’s Court of Ho Chi Minh City, Vietnam’s Ministry of Public Security said in a statement.

Vietnam has been praised for its efforts to contain the virus through mass testing and tracing and strict centralized quarantining. It has recorded fewer than 2,600 Covid-19 infections and only 35 deaths due to the disease.

Hau breached the country’s 14-day quarantine regulations and met 46 other people following his flight from Japan in November, according to the indictment posted on a police ministry website.

Hau had mingled with other people during a stint in state quarantine and according to the indictment visited cafes, restaurants and attended English classes while he was supposed to be self-isolating. He tested positive for Covid-19 on November 28.

Hau’s violations resulted in the quarantine and testing of around 2,000 other people in the city at a cost of 4.48 billion dong (about $194,000), the indictment said.

State media said he had infected at least three other people.

“Hau’s violation was serious, put society in danger and endangered the safety of the community,” the statement said.

Reuters could not immediately reach his lawyer for comment.

In December, Vietnam sentenced the head of the Hanoi Center for Disease Control and Prevention to 10 years in prison after finding him guilty of wrongdoing linked to the procurement of equipment intended to help tackle the Covid-19 outbreak.

Top image: Workers wearing protective suits prepare to disinfect a Vietnam Airlines plane amid concerns about the spread of coronavirus at Noi Bai International Airport in Hanoi on March 3, 2020. (Photo by Nhac Nguyen/AFP via Getty Images)