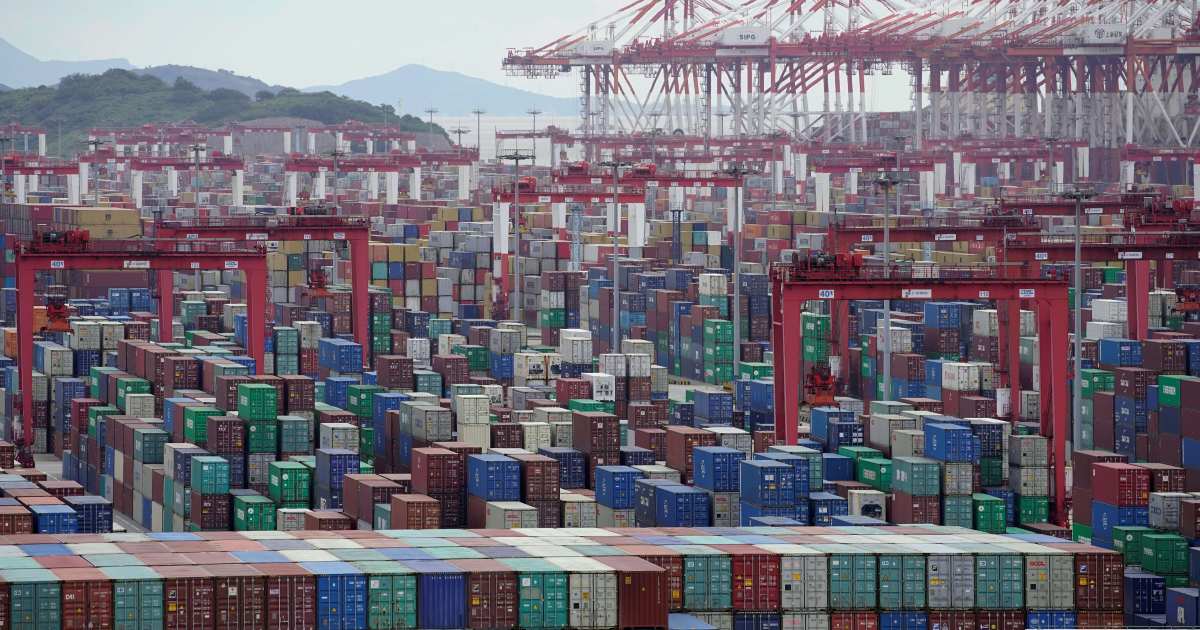 WTO Director-General Ngozi Okonjo-Iweala warned the opportunity to bounce back may be ‘squandered’ if poorer countries lack access to coronavirus vaccines.

The World Trade Organization (WTO) is raising its estimate for the rebound in global trade in goods but warning that the COVID-19 pandemic still poses the greatest threat to a recovery that is being hampered by lagging vaccinations, regional disparities and weakness in the service industry.

Demand in North America should be a major factor driving rebounding demand for goods thanks to the large fiscal relief and stimulus spending by the United States government.

WTO Director-General Ngozi Okonjo-Iweala called for better access to vaccines for people in poorer countries. Rapid development of vaccines has given the world a chance to halt the pandemic, “but this opportunity could be squandered if large numbers of countries and people do not have equal access to vaccines,” she said Wednesday.

“A rapid, global and equitable vaccine roll-out is the best stimulus that we have,” Okonjo-Iweala said at a news conference presenting the annual trade forecast.

She called for better distribution of vaccine production facilities across the world so poor countries do not have to “stand in line” for vaccines.

“The inequity of access is glaring, and this cannot happen again,” Okonjo-Iweala said.

That the container ship mishap that temporarily shut down freight traffic in the Suez Canal could cause so much disruption was a sign that trade in goods remains “relatively robust,” she said. Meanwhile, services businesses are in more trouble, and the balance of risks are tilted to the downside.

The WTO said it expects merchandise trade to rise by 8 percent in 2021, after having fallen 5.3 percent in 2020. Trade growth should then slow to 4.0 percent in 2022, a recovery that will still leave trade below its pre-pandemic level.

The 2020 drop was less than expected due to the robust second-half rebound fuelled by strong monetary and fiscal support by many governments. The Geneva-based international organisation foresaw a slide of 9.2 percent in its estimate released in October.

“Prospects for a quick recovery in world trade have improved as merchandise trade expanded more rapidly than expected in the second half of last year,” the WTO said in a statement.

“The strong rebound in global trade since the middle of last year has helped soften the blow of the pandemic for people, businesses, and economies,” Okonjo-Iweala said. “But as long as large numbers of people and countries are excluded from sufficient vaccine access, it will stifle growth, and risk reversing the health and economic recovery worldwide.”