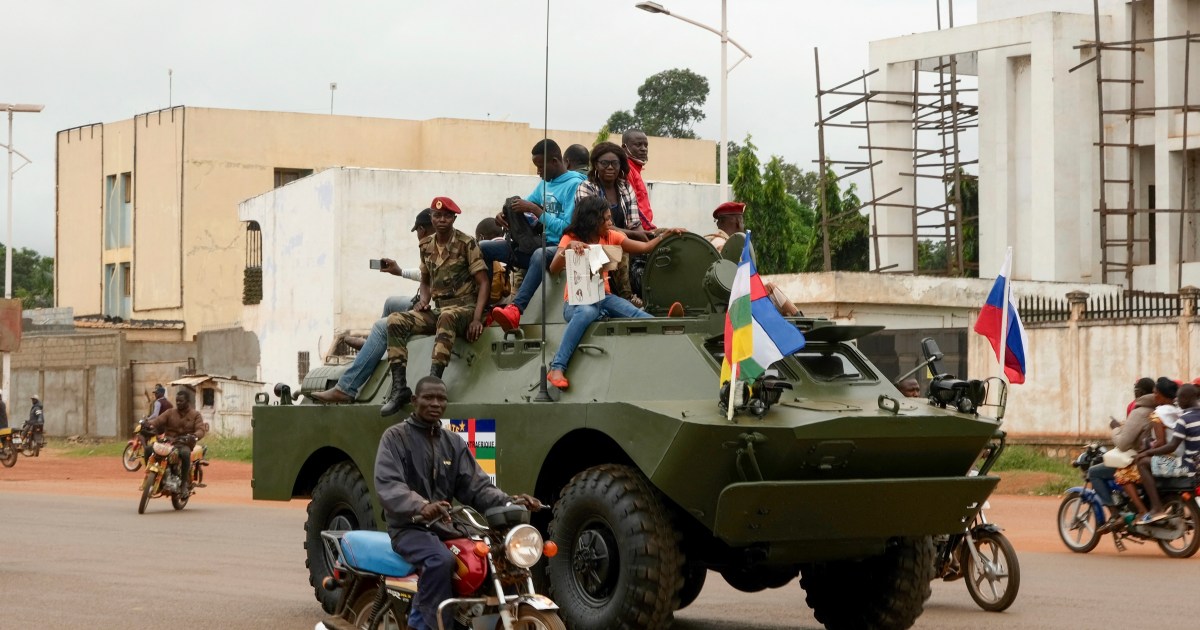 United Nations experts have expressed alarm over reports of “grave human rights abuses” by Russian mercenaries in the Central African Republic, where they have supported the embattled government’s military.

“The experts have received, and continue to receive, reports of grave human rights abuses and violations of international humanitarian law, attributable to the private military personnel operating jointly with CAR’s armed forces and in some instances UN peacekeepers,” the UN experts said in a statement on Wednesday, naming Russian companies.

“Unacceptably, there seem to be no investigations and no accountability for these abuses,” the experts said.

The Russian military, which supervises the presence of the contractors in the CAR, and CAR’s government spokesman did not immediately comment.

Russia first sent security contractors to the CAR in 2018. It stepped up its support late last year to help the government fend off a rebel advance launched before the December 27 presidential election.

Since then, the contractors have accompanied national forces as they retake towns from the rebels, CAR’s government has said. The rebels have been in retreat since a January 13 attack on the capital Bangui was thwarted.

The contractors include members of Russia’s Wagner Group, the UN experts said.

Violence in recent months is the latest flare-up in a civil war that has lasted eight years since the removal of President Francois Bozize, who said this month that he had taken control of the “Coalition of Patriots for Change” rebel alliance.

Thousands of people have died in the CAR since 2013 and more than a quarter of the population of 4.9 million have fled their homes.

Of them, 675,000 are refugees in neighbouring countries.

Government forces have been bolstered by 12,000-strong UN peacekeeping forces as well as hundreds of Russian and Rwandan paramilitaries and soldiers deployed in late December.

The UN experts said they were “deeply disturbed by the interconnected roles of Sewa Security Services, Russian-owned Lobaye Invest SARLU, and the Russian-based Wagner Group.

They spoke of concerns over their connection “to a series of violent attacks” since the December 27 presidential election.

They also said they were “disturbed to learn of the proximity and interoperability between those contractors” and the UN forces.

What is more, “there seem to be no investigations and no accountability for these abuses”, the expert group said, adding they had relayed their concerns to Moscow, Bangui and “to the extent possible” to the companies.

Russia has denied Wagner paramilitaries have been deployed to the CAR, saying only military instructors have been sent to train local soldiers.

Believed to be linked to a powerful ally of President Vladimir Putin, Yevgeny Prigozhin, the Wagner Group has reportedly been involved in conflicts across the Middle East and Africa.

Prigozhin, 59, who has been hit with US sanctions for meddling in the US presidential election in 2016, denies any association with Wagner.

Although private military companies are illegal in Russia, Wagner has in recent years played an increasingly important role in realising the Kremlin’s overseas ambitions, observers say.

Members of the group were reportedly dispatched alongside Russian warplanes and ground troops following Moscow’s intervention in the Syrian war in September 2015 on the side of President Bashar al-Assad.

Moscow has never confirmed reports of Wagner mercenaries, but this month three campaign groups launched a criminal case in Russia against alleged members of the contractor outfit over the 2017 beheading of a man believed to have deserted the Syrian army.