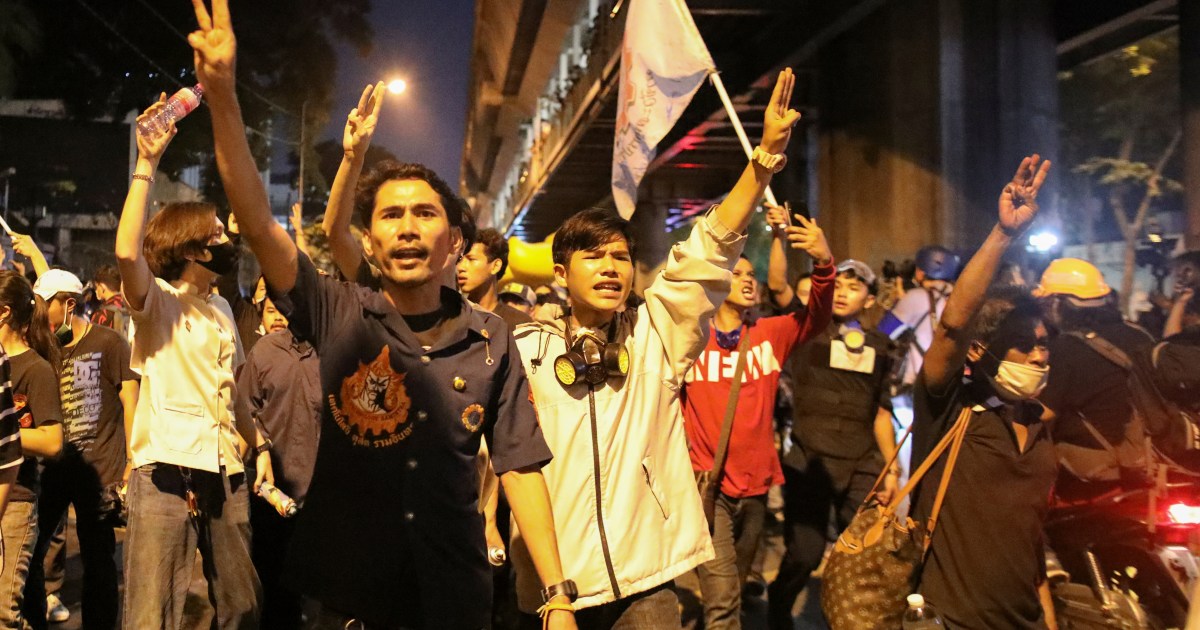 The five protesters were indicted for attempted violence under a section of the law that carries a minimum sentence of 16 years in prison.

Five pro-democracy activists in Thailand have been charged with the criminal offence of attempting to harm the queen over an encounter with a royal motorcade during a protest last year.

If convicted, the group could face a minimum of 16 years jail or life in prison under a law that has not been used for decades and punishes any “act of violence against the queen or her liberty”.

And if the court finds they put the queen’s life in danger, they could be sentenced to death.

“I did not have such intentions, nor was I trying to do so. I’ve reaffirmed these facts over the past few months,” said one of the accused, Bunkueanun “Francis” Paothong, 21, on Wednesday.

Others include Suranat Panprasert, 35, a coordinator for a youth group, Ekachai Hongkangwan, 45, and two others. All have denied the charges and are seeking bail.

The case centres on an encounter at the height of anti-government demonstrations last year when Queen Suthida’s convoy passed through a group of protesters on October 14.

Video from the incident showed police pushing protesters away from the queen’s car.

Such an overt challenge of the monarchy is unprecedented in Thailand, where a defamation law has been used to shield the royal family from any criticism.

“We are just hoping for bail because we did not do anything wrong. We had no idea the royal convoy was coming,” Ekachai said.

Anti-government protests began last year, calling for the resignation of Prime Minister Prayuth Chan-ocha and openly calling for reforms of the powerful monarchy.

The Royal Palace has not commented directly on the protests so far.

Close to 20 pro-democracy protesters and student leaders are on remand in prison while fighting charges of lese majeste, sedition and other offences.

Their lawyer Poonsuk Poonsukcharoen on Wednesday told reporters her clients were not protest leaders and would not repeat offences.

“We hope the court will see that the five defendants are not a flight risk,” she said.