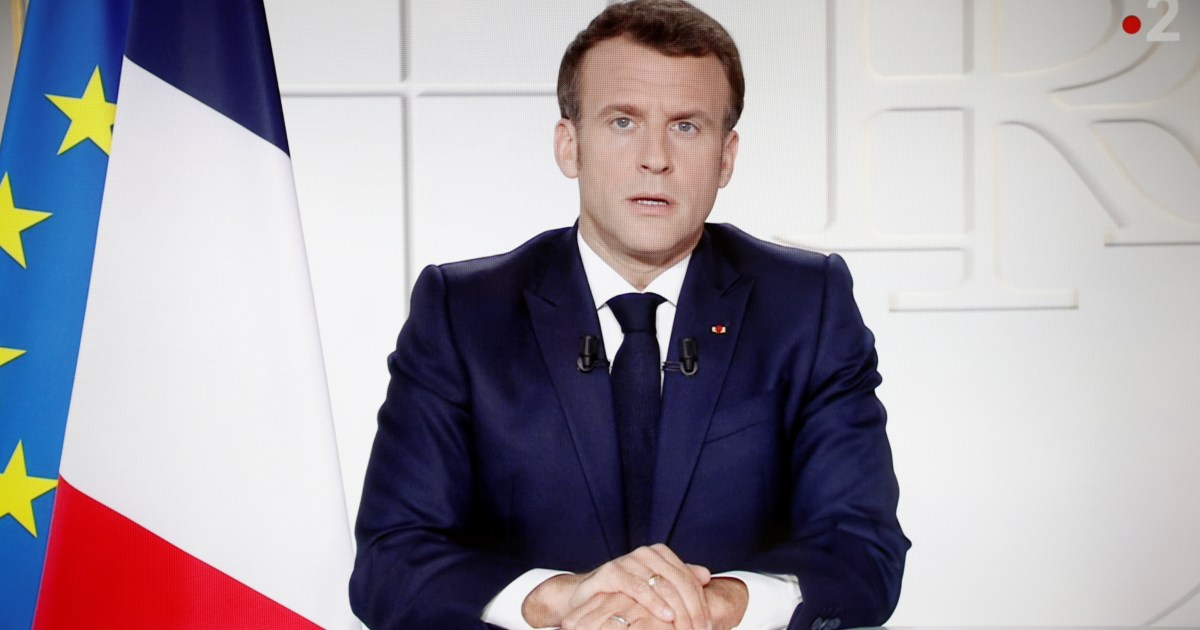 French President Emmanuel Macron has announced a three-week nationwide school closure and a monthlong domestic travel ban in an effort to fight the rapid spread of the coronavirus.

In a televised address to the nation on Wednesday night, Macron said efforts are needed as “the epidemic is accelerating”.

“We will lose control if we do not move now,” the president said.

“We’re going to close nursery, elementary and high schools for three weeks,” he continued, in addition to a nationwide 7pm-6am curfew that will remain in place and domestic travel restrictions.

The move is a departure from the government’s policy in recent months, which has focused on regionalised restrictions.

Macron, 43, has sought to avoid a third large-scale lockdown since the start of the year, betting that if he could steer France out of the pandemic without locking the country down again he would give the economy a chance to recover from last year’s slump.

But the former investment banker’s options narrowed as more contagious strains of the coronavirus swept across France and much of Europe.

School closures in particular had been seen as the last resort.

Paris Mayor Anne Hidalgo told broadcaster BFMTV/RMC earlier on Wednesday that she thought it was time to close the country’s schools in an attempt to limit social contacts and stop the disease from spreading.

She noted that there are already 20,000 children in the city who cannot attend classes because either they are sick or because their class has been sent home due to a coronavirus outbreak.

Some parts of the country have been under a tight lockdown for weeks, but the virus has continued to spread. There have been about 95,000 COVID-19 deaths since the pandemic began.

Daily new infections in France have doubled since February to nearly 40,000. The number of COVID-19 patients in intensive care has breached 5,000, exceeding the peak hit during a six-week-long lockdown late last year.

Hospitals have begun reporting that they are reaching capacity, echoing the chaotic situation that reigned a year ago when Europe was first being hit by the disease’s spread.

The new restrictions risk slowing the pace of recovery in the euro zone’s second-largest economy from last year’s slump.

Macron said the vaccine rollout needed to be accelerated. It is only now finding its stride three months in, with just 12 percent of the population inoculated.

A debate is scheduled in parliament on Thursday that will address the virus situation and the new measures.