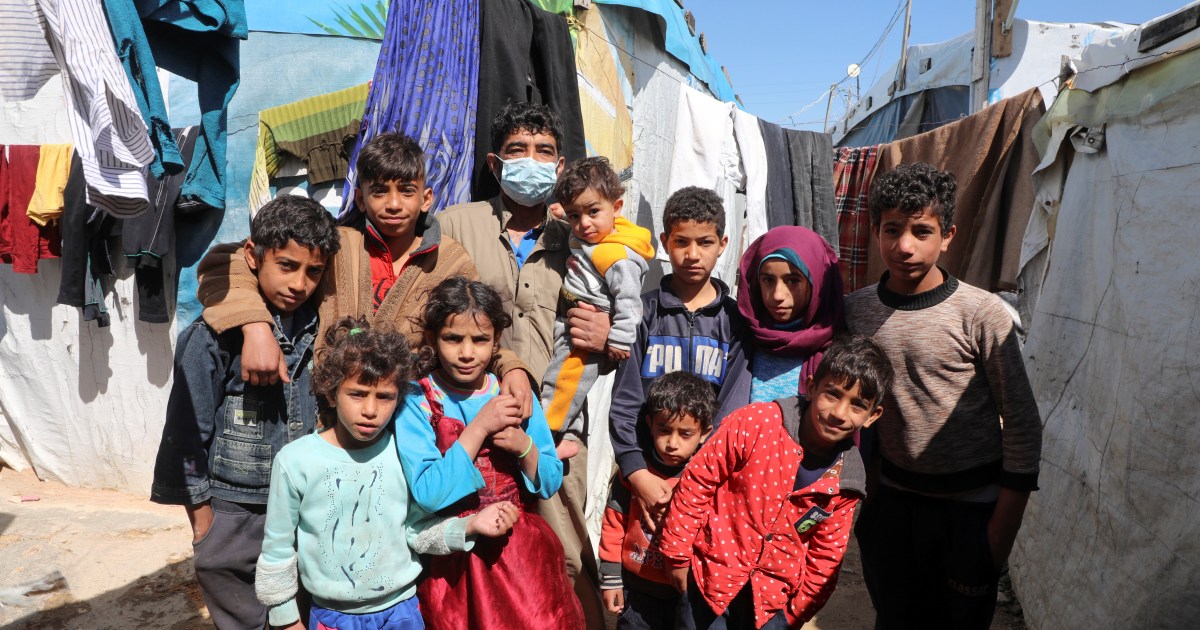 The United Nations is seeking $10bn in aid to help Syria, saying civilians there continue to face attacks as well as increased hunger and poverty, as the COVID-19 pandemic compounds the “despair and disaster” of 10 years of civil war.

The appeal came ahead of Tuesday’s Brussels Conference on Syria, an annual event co-hosted by the UN and the European Union.

It includes $4.2bn for the humanitarian response inside Syria and $5.8bn for refugees and their hosts in the Middle East.

The UN said at least 24 million Syrians need aid today – a rise of four million over the past year and the highest number yet since 2011, when President Bashar al-Assad’s crackdown on pro-democracy protesters resulted in a brutal civil war.

“It has been 10 years of despair and disaster for Syrians,” said UN aid chief Mark Lowcock.

“Now plummeting living conditions, economic decline and COVID-19 result in more hunger, malnutrition and disease. There is less fighting, but no peace dividend,” he said in a statement.

The fighting subsided after Russia and Turkey, which support opposing sides in the conflict, agreed to a ceasefire in Syria’s Idlib a year ago. But Russian air attacks, along with Iranian and Syrian-backed troops, continue to attack rebel outposts.

United Nations Secretary-General Antonio Guterres is set to address the conference on Tuesday.

On March 10, marking a decade of conflict, he said Syria is a “living nightmare” where about half the country’s children have never lived a day without war and 60 percent of Syrians are at risk of going hungry.

“Our infrastructure is ruined,” said Khaled Hboubati, the secretary-general of the Syrian Arab Red Crescent Society.

Rebuilding destroyed cities will take billions of dollars more and cannot start until powers involved in the conflict, including Russia and Iran, agree on a peace settlement, according to the European Union.

“Humanitarians are here to help but the ultimate responsibility lies with parties to the conflict,” he said.

On Monday, the United States top diplomat urged the divided UN Security Council to open more crossings on the Syria-Turkey border to get food and other help to 13.4 million people in need.

In an impassioned speech, US Secretary of State Antony Blinken said world powers should be ashamed by their inaction and said the council should also “stop taking part in or making excuses for attacks” on hospitals and near the only authorised crossing point.

In January 2020, at the insistence of Russia, which supports al-Assad, the Security Council voted to cut the four crossing points for humanitarian aid to Syria to just two – from Turkey to the rebel-controlled northwest. And in July, again under threat of a Russian veto, the council cut back to a single border crossing from Turkey.

“Sovereignty was never intended to ensure the right of any government to starve people, deprive them of life-saving medicine, bomb hospitals or commit any other human rights abuse against citizens,” Blinken said.

Russia’s Deputy Foreign Minister Sergey Vershinin in his own remarks to the video conference voiced outrage that al-Assad’s government was not invited to the Brussels aid conference on Syria.

“There is a growing politicisation of humanitarian aid,” he said.

The proposed cross-border aid “violates the principles of international law” and is only because “the government that is in place does not suit” the West, he said.