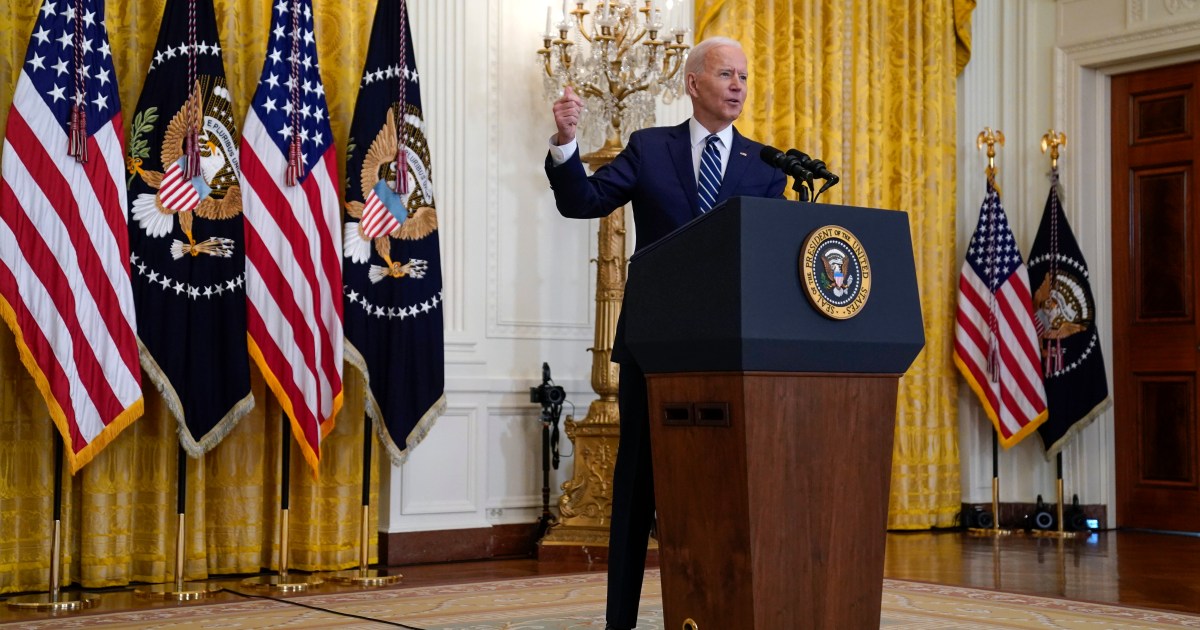 White House says Biden’s approach on North Korea will be ‘quite different’ to Trump’s.

Asked on Monday if Biden’s diplomatic approach to North Korea would include “sitting with President Kim Jong Un” as former President Donald Trump had done, White House press secretary Jen Psaki said: “I think his approach would be quite different and that is not his intention.”

Pyongyang is banned from testing ballistic missiles by UN resolutions and has previously been slapped with tough international sanctions to deter it from continuing to develop rockets that could be equipped with nuclear warheads.

On Thursday, Biden said the US remained open to diplomacy with North Korea despite the tests, but warned there would be responses if Pyongyang escalates matters.

On Saturday, North Korea said the Biden administration had taken a wrong first step and revealed “deep-seated hostility” by criticising what it called a self-defensive missile test.

Trump had three high-profile meetings with Kim and exchanged a series of letters, but relations later grew frosty and the nuclear-armed state said it would not engage further unless the US dropped its hostile policies.

After Pyongyang test-fired what it described as “new-type tactical guided missiles” on Thursday, Moon said in a speech that “actions
providing difficulty for the mood for dialogue are undesirable”, according to Yonhap news agency.

Moon also acknowledged that “people are greatly concerned” by North Korea’s missile launches, calling for more dialogue between the Washington, Pyongyang and Seoul.

Kim Yo Jong – the influential sister of the North Korean ruler – called Moon “a parrot raised by America” after the speech, accusing him of “shamelessness” in a statement published on Tuesday by state news outlet KCNA.

“Such illogical and brazen-faced behaviour of South Korea is exactly the same as the gangster-like logic of the US faulting the right of
[North Korea] to self-defence as a violation of the UN ‘resolutions’ and ‘threats’ to the international community,” Kim Yo Jong was quoted as saying.

The launches came in the wake of joint military exercises by South Korean and US armed forces.

The nine-day command exercise, which did not include field training, ended in mid-March.