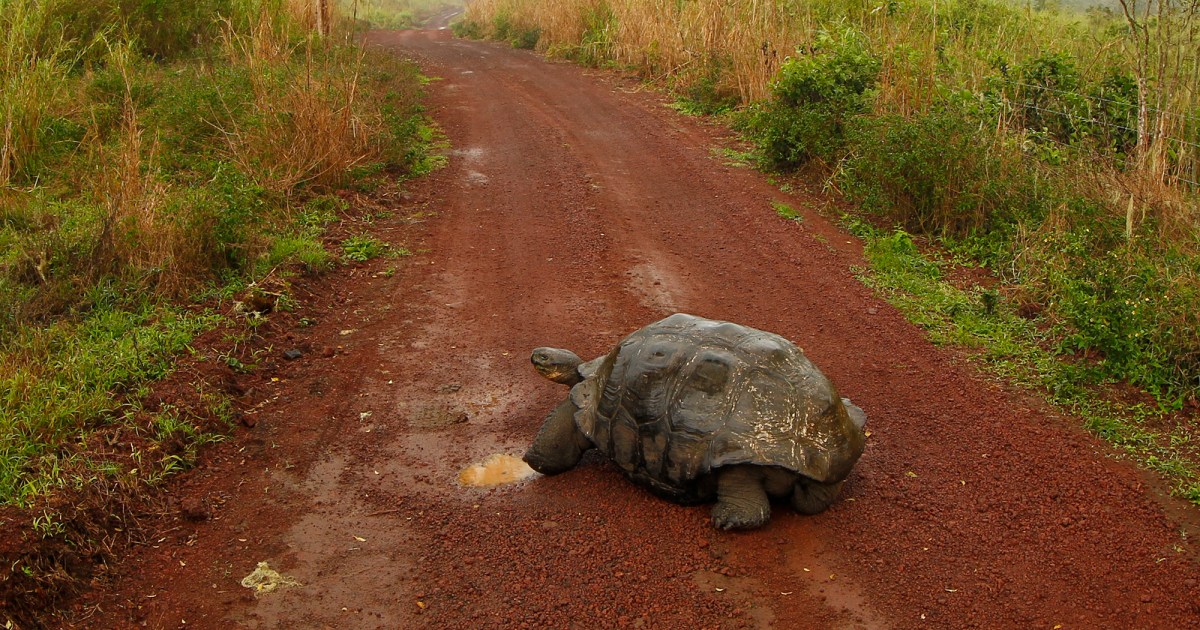 Galapagos giant tortoises are endangered and being trafficked is one of the threats they face.

Ecuadorian officials have arrested a police officer after they discovered 185 baby giant tortoises wrapped in plastic in a suitcase, preventing them from being smuggled out of the Galapagos Islands.

Officials said the discovery on Sunday was made during a routine check at the Seymour Airport, also known as the Galapagos Ecological Airport, on the Galapagos island of Baltra, which is part of Ecuador.

They were detected when the suitcase was X-rayed.

Jorge Rosillo, the airport manager, told the Associated Press news agency that airport authorities “stopped a shipment of 185 tortoises on the Santa Cruz island that was to be shipped to Guayaquil airport, we understand, for the trafficking of species”.

Ten of the tortoises were found dead, while five more died on Monday “possibly due to the stress they suffered after being separated from their habitat”, the Ecuadorian Ministry of Environment said in a statement.

Police officer Nixon Alejandro was arrested and the office of the prosecutor said he would be charged with a crime against wild flora and fauna, carrying a three-year sentence, the ministry said.

“No second thought is given to these people who do so much harm to society, the environment, health and the ecosystem, we will apply the full weight of the law,” Ecuador’s Minister of Environment Marcelo Mata said. “And as Ecuador’s main environmental body, we will be ready to collaborate with prosecutors and other authorities.”

Mata said the 170 tortoises were being checked by veterinarians to identify their species.

The Galapagos, an archipelago of 19 islands 965 kilometres (600 miles) off the coast of Ecuador, is home to diverse wildlife, including the Galapagos giant tortoise, comprising 12 species.

The Galapagos giant tortoise is the largest living species of its kind in the world, according to the World Wildlife Fund (WWF).

Many of the species of tortoises are listed as endangered or critically endangered. Wildlife trafficking is one of the threats they face. Smuggled Galapagos tortoises can fetch approximately $5,000.