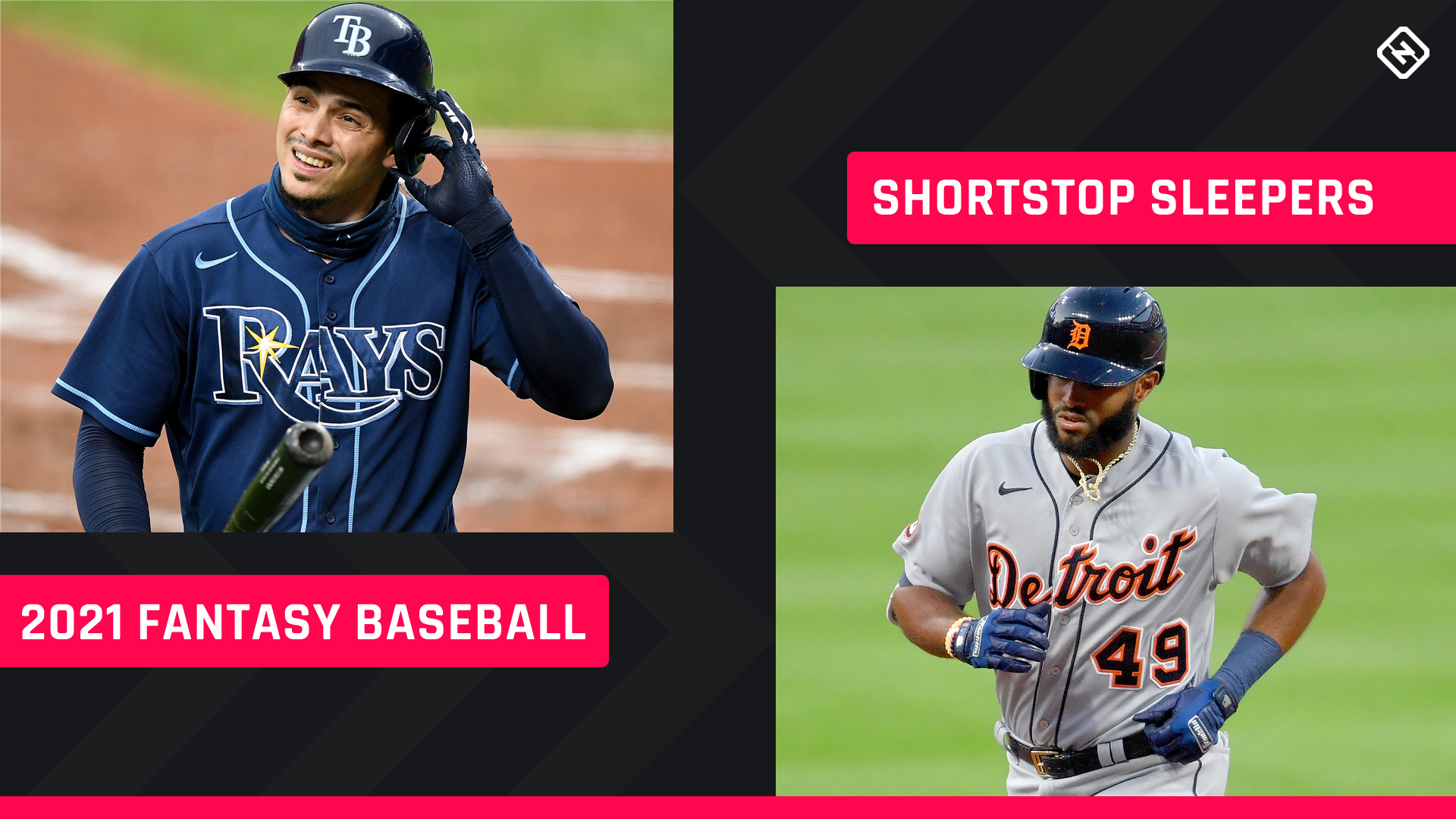 Shortstop used to be a constant worry for fantasy baseball owners on draft day, but those days are long gone. With five-category studs in the top tier and plenty of solid all-around producers further down the rankings, It’s not particularly difficult to find a good SS in 2021. That said, it never hurts to be on the lookout for a worthwhile sleeper, especially in deeper leagues or leagues with an MI spot. Fortunately, there are several potential breakouts worth adding to draft cheat sheets, and at least a few provide the scarcest stat of all: Stolen bases.

Amed Rosario, Garrett Hampson, and Andres Gimenez all could be 20-plus steals guys, and while none will hit for a high average or have many RBIs, those steals have value. The guys who can hit some homers (Willy Adames, possibly Willi Castro) aren’t quite as notable, but there’s still potential value there if they really break out.

Overall, shortstop is one of those positions that deep-league fantasy owners always seem to be on the hunt for once the season starts. Even if you have a good starter, one injury can send you panicking. Having a SS who’s eligible at multiple positions and/or a category specialist on your bench is important, especially if you’re counting on your starter in one category more than others.

Willy Adames, Rays. Adames has shown he can hit for decent power in the majors (20 HRs in in 2019, eight in 54 games last year), but it’s unclear if he can do much else. Finding a shortshop who hits .260 with 20-25 HRs and five SBs isn’t that difficult, so Adames will have to become a 30-plus home run hitter or start stealing more bases to really be a worthwhile fantasy consideration outside of MI spots in deep leagues. At 25, he could continue to improve, and considering he hit the ball harder in general last year (.222 ISO, .488 SLG), he’s trending in the right direction.

Amed Rosario, Indians. While many are focused on fellow SS-eligible player Andres Gimenez (and for good reason), his youth (22) and all-around hitting profile leaves a little to be desired, at least at this point in his career. Rosario has his warts, too, but the 25-year-old infielder has legit 20/20 upside while playing multiple infield spots. Rosario will likely be an afterthought in many drafts, but given his experience and move to a better hitters park, he can be a cheap source of at least a little power and speed.

Garrett Hampson, Rockies (also eligible at 2B, OF). Hampson strikes out too much and doesn’t walk enough, but the versatile speedster can still help fantasy owners, particularly playing in Colorado. He hit eight homers and stole 15 bases in 108 games in 2019, and last year he stole six bases and popped five homers in 53 games. With Brendan Rodgers (hamstring) headed for the IL to start the season, Hampson should find his way into regular at-bats, and if he plays well, that should mean steady playing time. That would likely result in double-digit homers and 20-plus steals.

Willi Castro, Tigers (3B). Castro impressed during his 36-game stint in the majors last year, hitting .349/.381/.550, but a ridiculous .448 BABIP is a clue that his average won’t be nearly as good this year. Nonetheless, the 23-year-old switch-hitter has a decent amount of power and speed. Given his versatility, that has value in deeper leagues.

Andres Gimenez, Indians (2B, 3B). At just 22, Gimenez might be a year or two away from really making an impact, but the talented infielder should steal 20-30 bases with regular playing time, which gives him plenty of value. He won’t hit many homers or hit for a high average (career .278/.356/.405 hitter in the minors), so don’t overdraft him, but he’s definitely worth having on your watchlists.

Dee Strange-Gordon, Reds* (2B, OF). With Eugenio Suarez looking like he’s going to play shortstop for the Reds this year, Strange-Gordon might not get a chance to man the position like he was early in spring training. However, if the speedster does find his way into regular playing time, we all know what he can bring to the table. Strange-Gordon struggled mightily last season in Seattle (.200/.268/.213 with just three SBs in 33 games), so it’s possible he’s washed up, but he still bears watching now that he’s in a more hitter-friendly park.