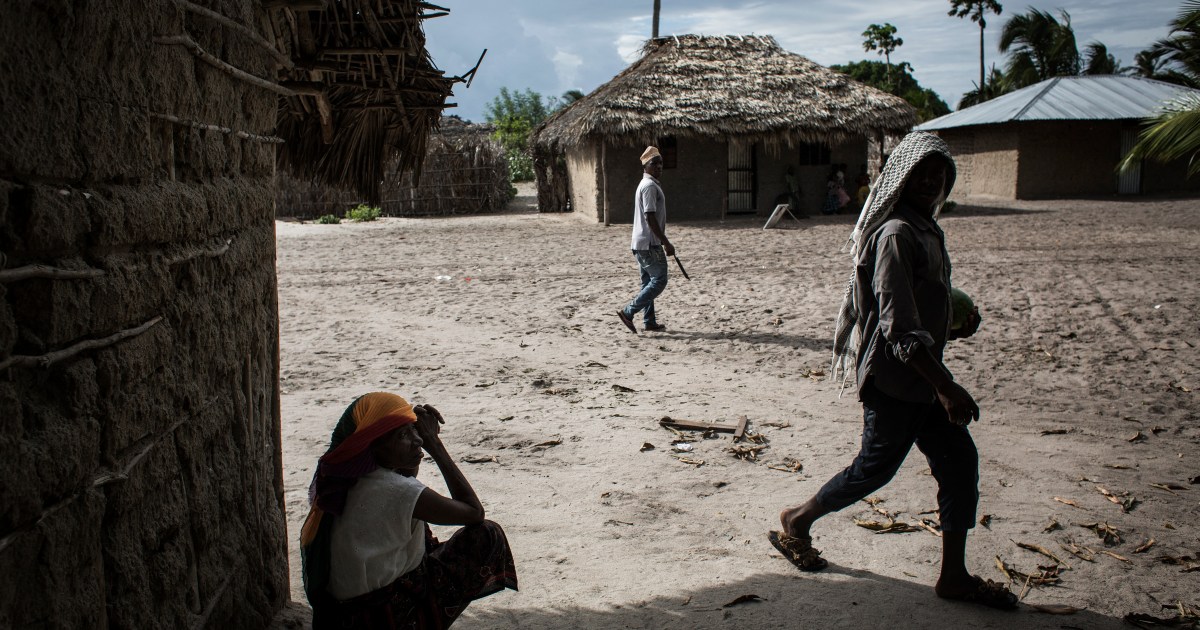 Mozambique’s government has said dozens of civilians were killed in an attack this week on the northern town of Palma, including seven people whose convoy of vehicles was ambushed as they attempted to flee.

Omar Saranga, a spokesman for the defence and security forces, told journalists on Sunday that hundreds of other people – locals and foreigners – were rescued from Palma, a logistics hub for international gas projects in Cabo Delgado province.

“A group of terrorists sneaked into … Palma and launched actions that resulted in the cowardly murder of dozens of defenceless people,” Saranga said.

The exact number of people wounded and killed, or still unaccounted for, remained unclear, while most communications with Palma have been cut off. The town of some 75,000 people had previously been a refuge for people fleeing growing insecurity and violence elsewhere in the province.

A rescue operation is underway in Palma, Cabo Delgado, after gunmen stormed the town on Wednesday, killing “dozens of people”, according to ministry of Defense spokesman. He didn’t say if any of the gunmen was arrested or killed. ⁦@dewamavhinga⁩ ⁦@hrw⁩ pic.twitter.com/zmigPFxuQE

The assailants struck Palma on Wednesday, in a seemingly coordinated attack from several directions. Human Rights Watch said the attackers indiscriminately shot civilians in their homes and on the streets. Witnesses described bodies in the streets, some of them beheaded.

Many residents ran into the dense tropical forest surrounding the town to escape the violence, according to Mozambican news reports. But a few hundred foreign workers from South Africa, Britain and France clustered at hotels that quickly became targets for the rebel attacks.

An estimated 200 foreign workers were at the Hotel Amarula. On Saturday, a group of them in 17 vehicles drove together to try to reach the beach, where they hoped to be rescued, but their convoy came under heavy fire, according to local reports.

“The defence and security forces registered the loss of seven lives of a group of citizens that left the Amarula hotel in a convoy that was ambushed by the terrorists,” Saranga said.

“We understand that a lot of civilians are fleeing the insecurity and violence,” Laura Tomm-Bonde, of the International Organization for Migration, said earlier on Sunday.

“Initial reports indicate that civilian population has been fleeing Palma in all directions, some all the way up into Tanzania, while others are moving down south in Cabo Delgado to areas such as Nangade, Mueda and Pemba districts.”

Some residents fled to the peninsula, home of a multibillion-dollar gas project being built by France’s Total and other energy companies.

A boat that left Afungi on Saturday landed in the provincial capital of Pemba around midday, according to police patrolling the city port. Reports said there were “about 1,400” people on board. The evacuees included non-essential staff of Total and Palma residents who had sought refuge at the gas plant.

Several other small boats packed with displaced people were on their way to Pemba and expected to arrive overnight or Monday morning, according to humanitarian aid agencies. Airport officials in Pemba said humanitarian aid flights had been suspended to free up space for military operations.

Emilia Columbo, senior associate at the Africa Programme of the Center for Strategic and International Studies, said the civilians fleeing Palma faced a “very dire” situation.

“According to UN information, the areas surrounding Palma were inaccessible to humanitarian workers in January. I suspect that situation worsened during the month of January and February as the insurgent fighting increased along some key transportation corridors,” she told Al Jazeera from San Rafael in the US state of California.

“The civilians fleeing Palma are heading to areas where they will receive no support. They have hundreds of miles to go either by land or by sea to find an organisation that can lend them the kind of food, medicine and psychological support they surely need.”

Saranga, the spokesman for the security forces, said government troops had prioritised “the rescue of hundreds of citizens, nationals and foreigners” over the past three days.

He did not give a breakdown of the numbers, and added that the security forces were seeking to “eliminate some pockets of resistance”.

The battle for Palma highlights the military and humanitarian crisis in northern Mozambique, where a three-year armed campaign by shadowy armed groups has displaced an estimated 670,000 people, according to the United Nations. The worsening violence has left at least 2,600 people dead, half of them civilians, according to the US-based data-collecting agency Armed Conflict Location and Event Data (ACLED).

The fighters are known locally as al-Shabab, although they do not have any known connection to Somalia’s armed group of that name.

NJ Ayuk, a member of the African Energy Chamber, said Mozambique needed “strong attention” and “the necessary support” from the international community as the attacks have become much more sophisticated and frequent in the past year.

“We are seeing a well-coordinated insurgency. They are very properly financed, and this is not something for Mozambique (to deal with) alone,” he told Al Jazeera from Mozambique’s capital, Maputo.

“Mozambique as a country has already been struggling to [help] people emerge out of poverty,” he said, adding that the military “is not very strong to take on some of these insurgencies, which are [employing] guerilla tactics.”

The United States said on Sunday it “continues to monitor the horrific situation in Palma”. Its embassy announced earlier this month that US military personnel will spend two months training soldiers in Mozambique.

Total said on Saturday it was calling off a planned resumption of construction at its development following the attack and would reduce its workforce to a “strict minimum”. The company pulled out the majority of its workforce in January due to security issues.

Rights groups say the fighters in Cabo Delgado have carried out summary executions, beheadings, raids on villages, looting, and destruction of infrastructure, including schools and medical facilities. Government forces have also been implicated in grave human rights abuses during operations in the province including arbitrary arrests, torture, wrongful use of force against civilians and extrajudicial executions.