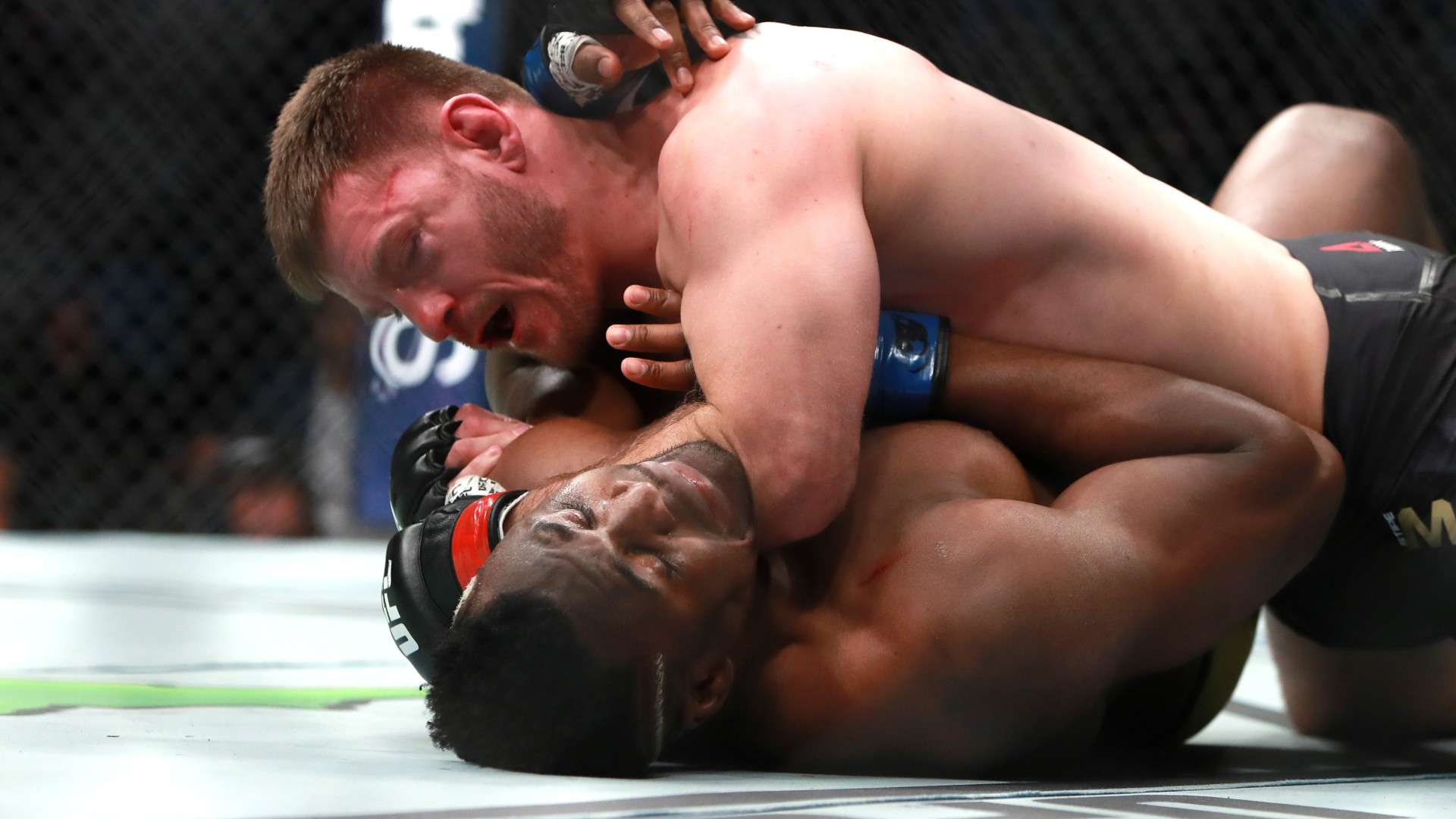 Some things are worth waiting for, and UFC 260 might prove just that.

In their first fight, Miocic exhibited his world-class wrestling ability to ground Ngannou and mitigate Ngannou’s devastating power, defending his belt in a unanimous decision against the red-hot Ngannou.

MORE: Sign up to watch the UFC 260 PPV, exclusively on ESPN+

Ngannou enters his rematch with Miocic on a four-fight winning streak, finding his knockout power again after back-to-back unanimous decision losses to Miocic and Derrick Lewis, reclaiming his UFC No. 1 ranking in the process.

Some are wondering how much Miocic has left as a UFC fighter; now 38, Miocic is entering the twilight of his career and has said he’s unsure if he’s going to fight until he’s 40 years old.

The two heavyweight titans meet in the octagon, a rematch three years in the making. Here’s what you need to know about UFC 260:

UFC 260 will be airing exclusively on ESPN and ESPN+, with early prelims starting the show on UFC Fight Pass.

In Canada, the main card pay-per-view is available on Bell, Rogers, Shaw, SaskTel, Videotron, Telus, Eastlink, and UFC PPV on UFC Fight Pass. Prelims are on TSN and RDS.

What time does Stipe Miocic vs. Francis Ngannou 2 start?

While the prelims start at 7:30 p.m. ET, there’s no exact time for Miocic and Ngannou to make their ring walks. With four fights on the main card, expect both to make it to the octagon around midnight.

Start times for prelims and main card are as follows (all times Eastern):

Miocic and Ngannou are headlining UFC 260 on Saturday night, and for those unfamiliar, the main card will be airing exclusively on ESPN+. You will need an ESPN+ subscription to catch the fight.

For new and current subscripers, the ESPN+ pricing is as follows:

Click here to learn about the different pricing and bundling options with the ESPN+ platform.