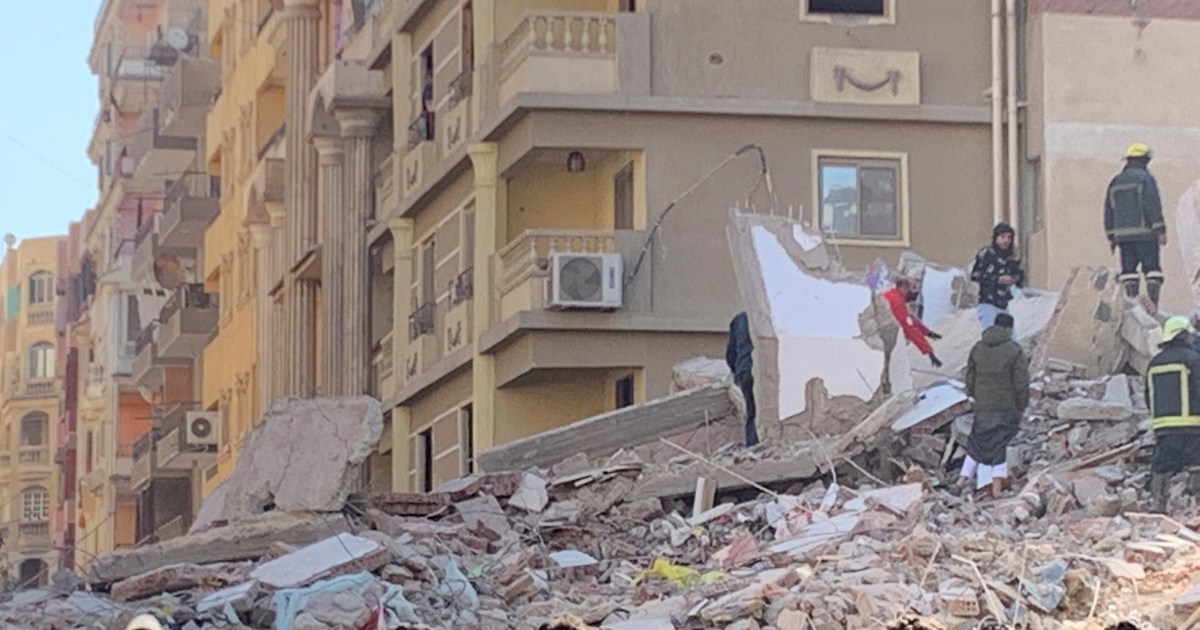 Rescue workers search for survivors trapped under the rubble of an apartment block in the el-Salam neighbourhood.

At least five people were killed and 24 injured when a Cairo apartment building collapsed in the early hours of Saturday, Egyptian state news agency MENA reported.

“The governorate’s crisis room was informed at 3:00am (01:00 GMT) of the collapse of a building consisting of a basement, a ground floor and nine (upper) floors,” the Cairo governorate said in a statement.

Rescue workers were searching for any survivors trapped under the rubble of the building in the el-Salam neighbourhood, said Khalid Abdel-Al, the administrative head of Cairo governorate.

At least 24 others were injured and taken to hospitals, he said in a statement.

Police cordoned off the area, keeping back the curious and people apparently looking for relatives in the building. Workers were seen using bulldozers to clear away debris.

It was not immediately clear what caused the building’s collapse. An engineering committee was formed to examine the structural integrity of neighbouring buildings, Abdel-Al said.

Building collapses are not uncommon in Egypt, where shoddy construction is widespread in shanty towns, poor city neighbourhoods and rural areas.

The government has recently launched a crackdown on illegal building across the country, jailing violators and in many cases destroying the buildings.