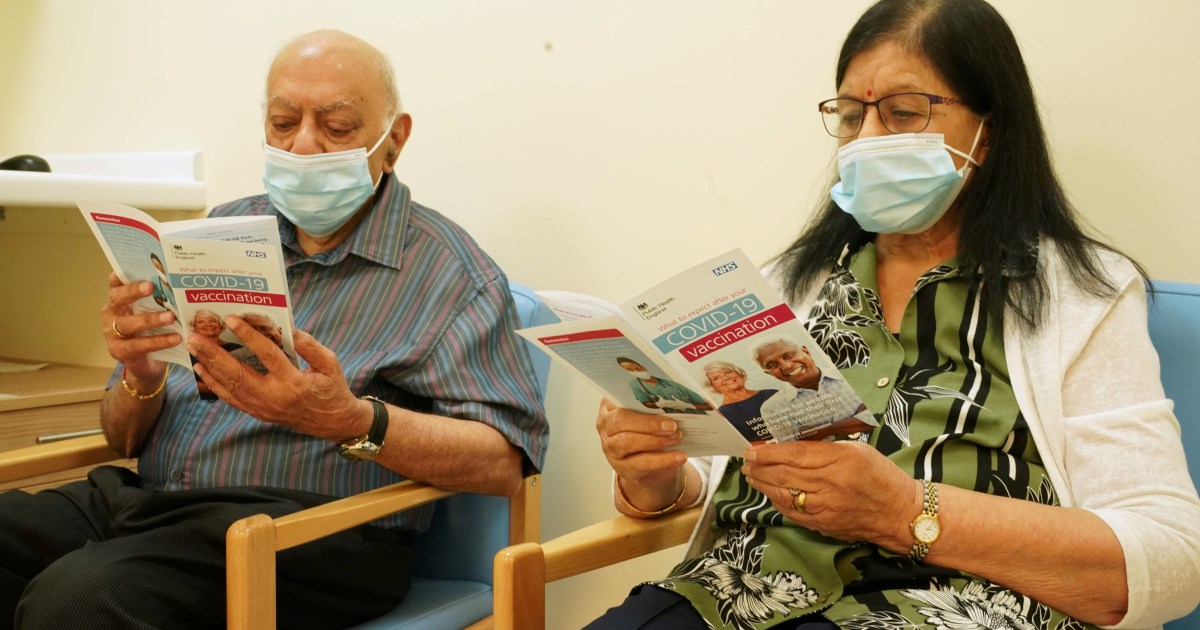 From early December until late February, thousands of deaths were avoided among the elderly as they were prioritised for jabs, says PHE.

The United Kingdom’s vaccine rollout prevented at least 6,100 deaths from early December to late February – a period in which the elderly were being prioritised for the jabs, according to a new study by Public Health England (PHE).

PHE said on Friday it estimated that from December 8 – when the UK started mass inoculations with the Pfizer-BioNTech vaccine – until the end of February, about 5,900 deaths were prevented among people aged 80 and above, and 200 in those aged 70 to 79.

“This new analysis calculates how many lives they have saved in the first few months of the vaccine programme, and with every additional day more lives have and will be saved,” said Dr Mary Ramsay, PHE head of immunisation.

But, she added: “While the vaccines have a striking effect on mortality, we don’t yet know how much these vaccines will reduce the risk of you passing COVID-19 onto others. Even if you have been vaccinated, it is really important that you continue to act like you have the virus, practise good hand hygiene and stay at home.”

The UK has been hard hit by the virus, recording more than 125,000 deaths – one of the world’s worst tolls.

“The true value of these vaccines may also be in terms of future deaths avoided, should there be resurgence of COVID-19 in the UK,” PHE said.

Because the elderly are most at risk from the virus, along with people with pre-existing conditions, “prioritisation of the COVID-19 vaccination programme has focused primarily on an aged-based strategy in order to prevent the greatest loss of life”.

The UK’s inoculation programme has been widely praised.

With about 29 million people, or almost half of the country’s adult population, having received a first dose to date, the UK has one of the fastest vaccination rates in the world.