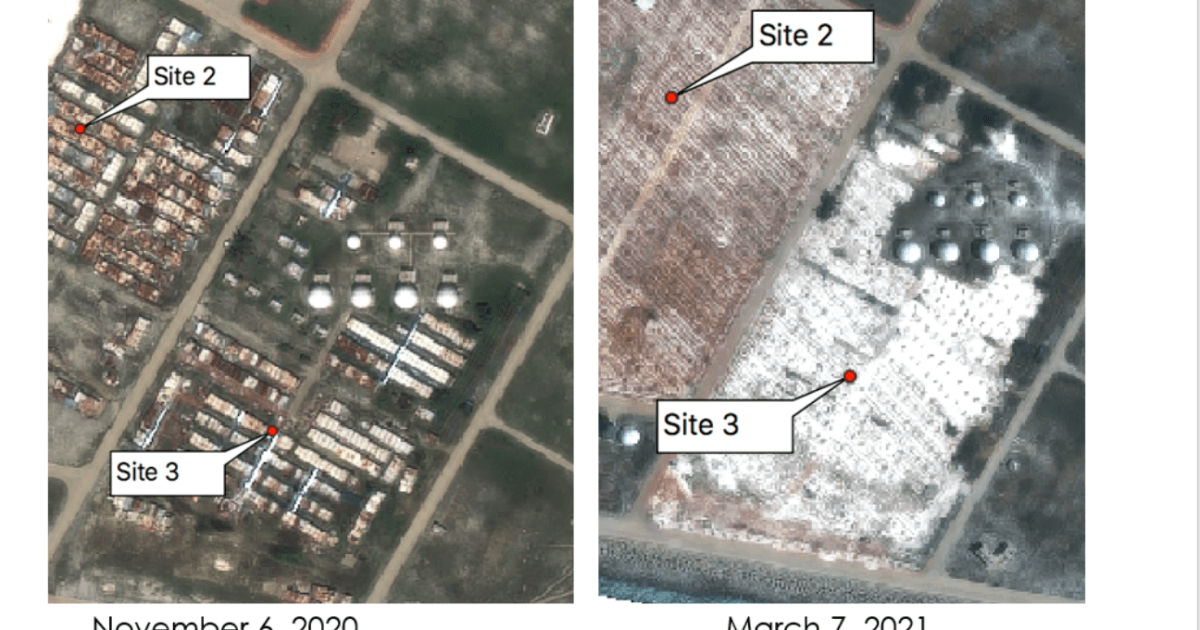 International concern has grown in recent days over what the Philippines has described as a “swarming and threatening presence” of more than 200 vessels that it believes are part of China’s maritime militia.

The boats were moored at the Whitsun Reef within Manila’s 200-mile exclusive economic zone (EEZ) as defined by the United Nations Convention on the Law of the Sea and supported by an international tribunal at The Hague.

“The president said we are really concerned. Any country will be concerned with that number of ships,” Duterte’s spokesman, Harry Roque, said on Thursday.

Duterte is being pressed to take a stronger stand against Beijing amid a separate revelation of “significant construction activity” by China at an artificial island built on top of Subi Reef, also within the Philippines’ EEZ.

“The volume of changes is significant, and may indicate the early phases of major construction on Subi Reef,” according to Simularity, a US-based technology firm that studied satellite images in the South China Sea.

Teodoro Locsin Jr, the Philippines’s secretary of foreign affairs, wrote on social media on Friday asking whether the Chinese boats in the South China were a “fishing fleet” or part of “a dredging operation”.

Retired Supreme Court Justice Antonio Carpio, an international law expert, also sounded the alarm saying that Filipinos should be “very wary” of the Chinese activities, saying it could a “prelude to occupation” and the development of a naval base.

“I’m particularly worried that they will now start claiming, building on Julian Felipe Reef just like what they did on Mischief Reef,” he was quoted by ABS-CBN News Channel as saying, using the name  Filipinos had for Whitsun Reef.

In 1995, China also started to build a fishing shelter in Mischief Reef, only to expand the facility and reclaim land – turning it into their largest naval and airbase in the South China Sea.

Brunei, Malaysia, the Philippines, Taiwan, China and Vietnam have competing territorial claims in the South China Sea, through which at least $3.4 trillion of annual trade passes.

China claims almost the entire sea under its controversial “nine-dash line”, which the tribunal rejected.

Roque said Duterte reaffirmed to China’s ambassador, Huang Xilian, that the Philippines had won a landmark arbitration case in 2016, which made clear its sovereign entitlements amid rival claims by China.

China’s maritime assertiveness has put Duterte in an awkward spot throughout his presidency due to his controversial embrace of Beijing and reluctance to speak out against the country.

He has instead accused close ally the United States of creating conflict in the South China Sea.

China’s embassy in Manila did not respond to a request for comment on Duterte’s meeting.

On Wednesday, it said the vessels at Whitsun Reef were fishing boats taking refuge from rough seas. A Philippine military spokesman said China’s defence attache had denied there was militia aboard.

A Vietnamese coastguard vessel could be seen moored near the disputed area on Thursday, according to ship-tracking data published by the Marine Traffic website.

Hang said Vietnam’s coastguard was “exercising its duties as regulated by laws”, including international law.