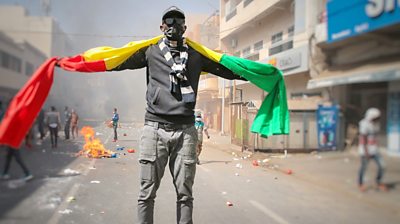 Senegal has been experiencing what many say is the worst civil unrest in more than a decade.

Thousands of young people took to the streets earlier this month, in anti-government protests.

The West African nation is usually seen as a model of democracy but the country’s economy has suffered during the pandemic.

BBC West Africa correspondent Ben Hunte reports from Dakar on why young people have had enough.